So do you want to do ocs or new generation characters?

Hmm...it's debatable really, I wanna do OC's and new generation, but doubles are sorta hard for this....hmm...how about OC's?

What house pairings should we do? That'll help determine plot and such

How about Hufflepuff and Slytherin?

Do we want to come up with a plot of make characters and jump in?

We can do whatever you please

Maybe the Hufflepuff is being bullied and the Slytherib steps in and we can go from there?

I'm off to bed though

Ok cool so should we discuss anything else or do you wanna make characters now?

Now I know why I never posted my character >.< Jow old do we want them to be?

Ok I'll have my character up soon then :) 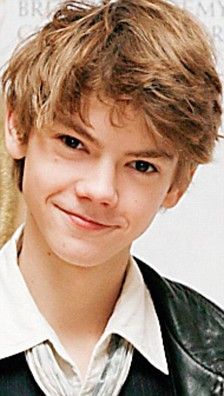 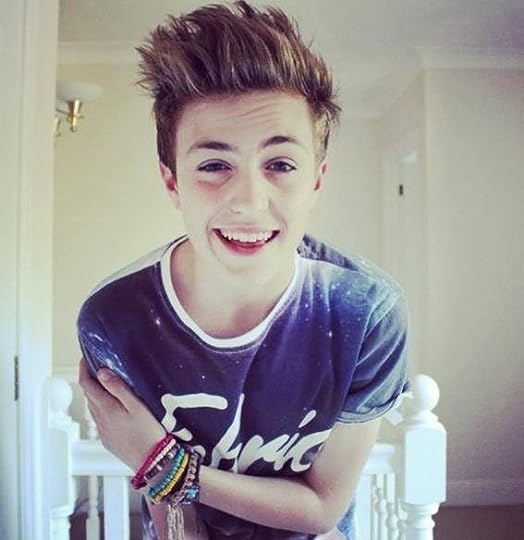 Hmm, looks like Goodreads is being a biotch today

Yes yes it is

Awe thanks ^^ where shall we begin the RP now?

Hmmmmm I'm not sure

Hmm, should I start where my guy is getting bullied? Or shall I start before he gets bullied?

We can start right at where he's being bullied

Garrett was walking down the hallways alone, he was late to class thanks to having no one wake him up this morning, he gave a large sigh and glanced around, lately he's been feeling like he's being watched. He clutched his books and bit his lip, he was suddenly pushed into a wall by someone and he opened his eyes to see a big burly guy he forgot the name of. " Hey guys lookie here, it's the faggot godson of Ron Weasely," the boy said. Garrett whimpered and looked away as the guy got ready to punch him, he felt a crack as the hand hit his shoulder, he gasped in pain and the guy continued punching him. ' Why did my mother have to marry Charlie Weasley and then make his brother my godfather?' Garrett thought.

Callum usually wouldn't be caught dead defending someone against a bully. He didn't like sticking his nose into business that didn't concern him or didn't help him in anyway. However one thing to know about Slytherins even though they don't normally jump in recklessly they will do just about anything for the people they care about. Callum had, had a crush on the Hufflepuff boy since about the beginning of the year. Callum was pissed that these two boys would hurt Garret. He approached them quietly the two buffoons never saw him coming. It was so easy to mutter two quick stupefying curses. He caught the smaller boy as he fell against being careful not jostle him too much.

Garrett heard someone muttering two stupefy curses and then felt himself fall against something, he groaned softly, " Thank you," He murmured to someone, who ever it was, he couldn't open his eyes at the moment. He groaned in pain, " Please take me to Madam Pomfrey," Garrett asked softly as he held his side and shoulder, his books and papers forgotten.

"You're welcome," Callum said softly, supporting Garret's weight easily. He stood up slowly, noticing Garret's papers and books on the floor. He cast a levitating charm so that people wouldn't destroy his school supplies. It wasn't hard to see that Callum was going to be a very powerful wizard someday, he could do multiple spells at a time with ease. "Of course," He said bending down so he could pick Garret up bridal style. The smaller boy felt extremely light which made it easy for Callum to carry to carry him to the infirmary.

Garrett said no other words, he didn't notice the boy levitating his stuff, when the other boy picked him up bridal style though, he whimpered and curled close to the other boy, he was in pain deeply and couldn't control his pain. " I wish those two goons jumped into the black lake and died," Garrett whimpered, he was in extreme pain and he could barely breathe without it hurting.

Callum gritted his teeth when he heard Garret whimper in pain. Those boys were definitley going to pay. Stupefying them was not enough he was going to make sure they never put a hand on Garret ever again. He looked over at the boys' ties noting that they were both Gtryffindors, he hugged inwardly and people called Slytherins evil. He moved quickly, but carefully through the castle being careful not to jostle Garret to much. He found he couldn't disagree with the smaller boy's statement and thought about ways he could make that happen. Not the dying part of course, but a little payback never hurt anyone right? It wasn't too long before they arrived at the infirmary. "Madam Pomfrey?" He called out setting Garret down on one of the infirmary beds.

The old woman was working at her desk when she noticed Callum and the other boy, " Oh dear, Mr. Weasely isn't going to like this when Professor McGonagall calls this in," Madam Pomfrey said. " What happened to Mr Ryan?" Madam asked Callum, she made her way over to Garrett and began feeling around his body, he whimpered when the woman touched his shoulder and stomach.

Callum shook his head in anger. "Two Gryffindor boys ganged up on him in the hallway and started punching him. That's about all I know," He said softly looking at the smaller boy sadly. "He's going to be all right isn't he?" Callum asked her worriedly.

Madam Pomfrey kept feeling around and found that his shoulder was half broken, his stomach was badly bruised and his arms were sprained, " Oh he'll be alright Mr. Calling, but it will take a few days for him to heal, go fetch Headmistress Mcgonagall please," Madam Pomfrey said. Garrett sat up, " Please don't let her call my godfather if my parents don't answer, he'll come here and yell at the boys, I don't want that to happen," Garrett whimpered, he was in so much pain, he laid down.

Callum didn't bother correcting Madam Pomfrey when she got his name wrong. He really couldn't care in the slightest, he just wanted to make sure Garret was ok. "Of course I'll be right back," He said though despite his words he lingered a little longer, rushing to Garret's side when he sat up. "Don't fret Garret those Gryffindors deserve a lot more than your Godfather yelling at them," He told him, sneering at the word Gryffinfor. He paused for a long moment "I'll be right back," He told him smiling slightly before walking out of the infirmary to find McGonagall. Just like he said he wasn't gone long at all. "I found her Madam Pomfrey," He said as he re-entered the infirmary.

Garrett said nothing, he laid on his back as Madam Pomfrey began treating his wounds, he didn't say a word to Callum when the other boy spoke to him, he subconsciously fixed his hufflepuff tie and then looked up at the ceiling. He had pointed out to Madam Pomfrey that the two were close, she couldn't hear a thing and began thinking he was crazy, but she was proved wrong when Callum walked in with Headmistress McGonagall, " Dear Me Headmistress, those young boys attacked Mr. Garrett again, he's worried you'll call Mr. Ron Weasely, I highly suggest not doing so, Mr Garrett has high stress levels and his godfather coming into school and embarrassing him is not a good idea, also it is known Mr. Weasley has a temper," Madam Pomfrey spoke. " I love being spoken about like I'm not even the room," Garrett said from his spot on the bed, Madam Pomfrey dismissed his voice and waited for Headmistress's reply.

((Lol autocorrect definitley is not fun to deal with))


Callum upon entering took a seat beside Garret's bed, watching the two adults talk. "His Godfather is likely to find out no matter what if I send him an owl or not, but as you say Mr. Ryan's mental health is very important so I will not send an owl to Mr. Ron Weasly. However I will need to send an owl to your parents. What they do with the information that I send them is not up to me. Now if you'll excuse me I have two Gryffindor students to find," She said. "Headmistress McGonagall?" Callum spoke up. "Yes?" She stated turning around. "They're probably still passed out in the third floor corridor," He told her not explaining why they'd be passed out. "Thank you Mr. McCarthy," She said turning to finally leave.

Garrett began breathing slowly, indicating he was falling slowly asleep, his eyes closed and he yawned, Madam Pomfrey began working on him again, careful not to disturb the young man. " Oh if Mr. Weasley learns his godson is being abused here at Hogwarts, imagine the talk he'll be giving McGonagall," Madam Pomfrey said outloud to herself. " You, McCarthy, start rubbing that cream onto his bruised stomach," Madam Pomfrey instructed.

"Well I definitley don't want to be in that when that happens," Callum mused to himself. "I do wonder what sort of punishment she gives those two buffoons," He said looking over to Garret. He looked back up at Madam Pomfrey "Of course," He said taking the cream and gently moved Garret's shirt up. He gently applied the cream being careful not to push to hard. He chewed the inside of his cheek carefully. Those boys were going to pay. After he was done with them they'd be begging their parents to transfer them. Callum didn't understand why they'd ever hurt Garret.

Garrett didn't even stir from his sleep as the old woman worked on him or when the boy beside his bed began rubbing cream onto his stomach, he whimpered in pain at the touch though. Garrett wanted the boys the pay, but he didn't want to be embarrassed by his godfather, since his mother and his father were both still in Europe and it would be a long appariaton from Europe to Hogwarts, Ron Weasley and Hermione would be seen as his legal guardians for now. Garrett began dreaming about what could happen.

(( because his mother chose for them to bear her last name ))