Read A Song Of Ice And Fire 2016 discussion

reply | flag *
message 2: by [deleted user] (new)
Nov 01, 2016 09:50AM
I thought it was a very interesting short story. There were so many new/old names that I won't remember, though. I wonder if Aemon will appear. I really hope so. I have a soft spot for the man.

I see where Robert Bartheon gets his strength and wildness from. haha

"...as he watched a dragonfly move lazily among the reeds. Why would they name it a dragonfly he wondered. It looks nothing like a dragon. "
-That is a great question. I never thought of that so I looked it up and there are a few folklores. http://blog.cleggs.com/news/dragonfly...

I am of Romanian descent so I post the Romanian folklore:

In old Romanian folklore, the dragonfly was actually a horse ridden by Saint George. St. George rid the mythical town of Silence of the dragon that lived in the town’s pond and poisoned the town. After wounding the dragon, he leashed the dragon and gave it to the town’s princess. Saint George’s horse became a giant flying insect when cursed by the devil. In the Romanian language, the word for dragonfly translates into Devil’s Horse or Devil’s fly. The Romanian word for devil is drac, which can also indicate dragon. In English, it translated to dragonfly.

I just love his name ... Ser Duncan The Tall.

The illustrations are great. And I think Dunk is a hottie!

Mod
Alex Farrand wrote: "I thought it was a very interesting short story. There were so many new/old names that I won't remember, though. I wonder if Aemon will appear. I really hope so. I have a soft spot for the man.

Yes I hope we see Aemon too! That would be sweet.

And as far as the Baratheon's yeah this Baratheon was awesome too! Just like King Robert. (I still love Robert. The best Baratheon ever!)

Mod
I loved this story.

RIP Baelor. Oh that was too sad. 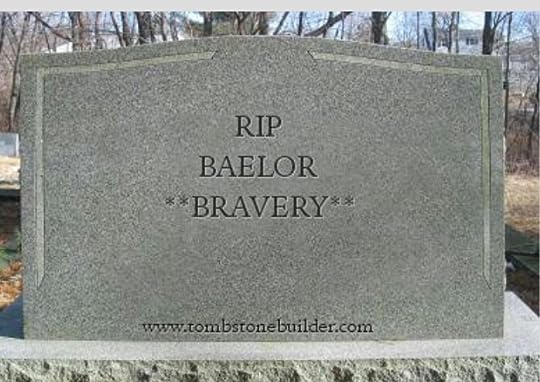 I think I liked the next story better than this. Well one of the characters was really cool

Mod
"The meadow was a churning mass of people all trying to elbow their way closer for a better view. Dunk was as good an elbower as any and bigger than most. He squirmed forward to a rise 6 yards from the fence. When Egg complained that all he could see were arses Dunk sat the boy on his shoulders. "


Aw that was very funny and quite cute. This is the beginning of a true friendship!

Mod
Alex Farrand wrote: "I think I liked the next story better than this. Well one of the characters was really cool"

Oh good. Glad to hear it is good too.