Hi! Sorry I forgot to check to find the thread...
Any ideas?

what kind of rp are you interested in. like supernatural, romance, ect. I mean than I would have a better idea of what we could do?

I'm usually up for pretty much anything..

want to something supernatural?

idk maybe like there is a girlfriend and boyfriend, and they boyfriend gets attacked one night and turns into a vampire or werewolf or something, but he does not know at first, but the girlfriend can tell something is different, and helps him figure out how to do deal with it, and than maybe once he knows, he could be something special to that kind like a prince or have to be arranged to marry this other important person, but he really loves his girlfriend.

I'd be willing to try it if you want.

Sure! I mean the plot could always change to keep it going if need be , but do you want to rp the girl or guy

sure! so for the characters , more detailed or no?

Either is fine. Make your character however detailed you want and I'll follow a similar template 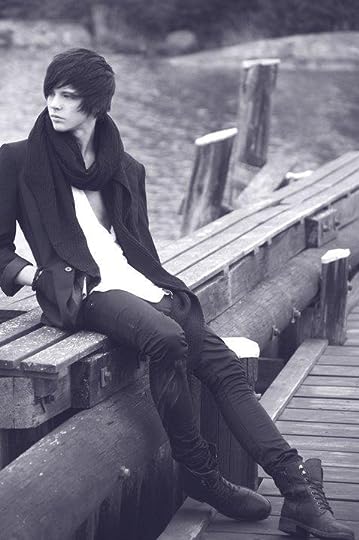 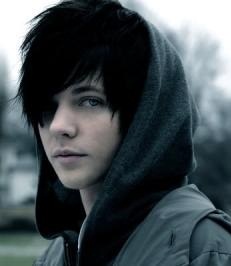 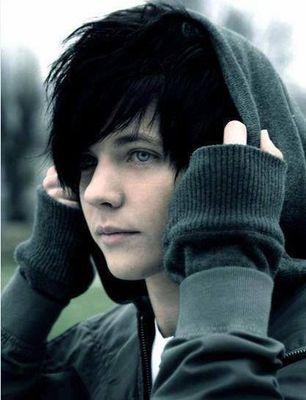 Devon is a fun, energetic, laid back kind of guy. He enjoys photography, writing music and hanging out with his girlfriend.

Hair: Auburn Red, long and straight most of the time
Eyes: Blue-Green
Height: 5' 1/2"
Weight: 97 lbs
Other: Has/Needs glasses, usually will try to wear contacts though

Ally is calm and keeps to herself mostly, except for a few friends. She's almost always reading, singing, or hanging out with her boyfriend

Devon's alarm clock went off loudly Beep Beep Beep . He rolled over in annoyance, and turned it back off as he quickly fell back into a deep sleep. Over thirty minutes after school started, he finally woke up. He looked groggily at the clock, "Oh shit." He cursed as he jumped out of bed rushing to get dressed. He pulled on some black jeans with a grey hoodie. Devon quickly combed through his straight black hair, and sprayed on some cologne because he didn't shower the night before. He threw his books in his bag, and was out the door in ten minutes. He hopped in the new car his mom had given him for his birthday, and sped off to school. Pulling in a parking lot he groaned knowing this day was not off to exactly a good start. He rushed into the office and grabbed a tardy slip. Devon then quickly walked to class, and rushed in. Of course the class had already started. "Nice of you to join us Mr. Lafayette, you can take the empty seat in the back." The teacher of that class said with a sigh. Devon nodded silently as he headed towards back of the classroom and sat down breathing out a sigh of relief. He yawned instantly I'm still so tired, and sooooo hungry He thought to himself, that morning he was in a rush, and didn't get a chance to grab breakfast. He wondered if his girlfriend was at school yet, he did not have class with her until next period.

Ally thankfully had an off hour first thing in the morning so she didn't have to get up quite so early. Her alarm always went off about when the first class at school started so she'd have plenty of time to wake up, get ready, and then walk to school since she lived close enough.
Ally woke up to her alarm and got dressed. Choosing a pair of blue ripped skinny jeans, a black tank top with a dark blue and black flannel top over it and dark blue converse. She brushed out her long hair and left it down, not wanting to go through the work of putting it up. Ally put in her contacts, putting their case along with her glasses in her bag in case they started to bother her. She then grabbed a granola bar for breakfast and started her walk to school.

Devon almost fell asleep a couple of times because he was so tired. He knew he should start going to bed earlier, but every night he stayed up just as late or even later. He mentally groaned when the teacher passed out another packet of homework for the night. Devon was so tired of homework he could scream. All this homework meant he rarely ever was able to go out and have fun. Time seemed to move by so slowly, and he now regretted his decision to take extra classes so that he could graduate early.

Ally got to school near the end of first hour. She tossed the wrapper from her granola bar in the trash can before starting to walk to Devon's class so they could walk to class together. She checked her phone real quick, leaning against the wall across from the classroom door. The bell rang and almost immediately, people came out of classrooms, the quiet halls filling with noise.