Here we go. If you have any ideas, just put the down.

Hi. I don't have any ideas currently but I'll try and think of some. Do you have some ideas?

hmm, I do not have any at the moment. Also I do not do anything related to books or movies or anything fan made. (if it is a classic like redriding hood, them maybe, anything else no.))

Alright.. So then what kind of ideas do you prefer?

realistic, anything to do with vampires, witches, ghosts...and other creatures.

any ideas coming to you?

I have a few old ideas, but I am not sure if you would be interested plus what do you normally perfer rping? MxM, FxF or MxF?

I'll at least check out your ideas.

And I'm fine with either MxM, FxF or MxF.

Okay. These are short considering where I placed ideas are buried in other groups.

1) This one is where Muse A is cursed to be a wolf, but only during the day and human at night after he teased the Muse B and did not know they were the with's child(he did not know it at the time since he was ten.) So 11 years later Muse A's mother throws a ball for them, which he does not want. We can go from there.

2) This one is like the princess and the pauper, but instead of the Muse A growing up in the palace/ castle, she grows up on a farm (or what ever business, we can decide), while Muse B grows up in the castle. They were swapped when they were babies. So on their sixteenth birthday, the kind and queen throw a huge celebration for Muse B in hopes Muse A comes back to them.

(Not sure if you understand what is happening in the second idea.)

I'm sorry but neither of those ideas seem to make much sense to me.. Could you explain further?

I think it is pretty self eplainatory for the first one

I've read it multiple times and I don't really understand. Sorry. I get that muse a is human at night and wold during the day but the rest isn't making much sense.

basically in the end Muse A has to love Muse B for their personality not their looks to break the spell.

I also have another idea, but I am not sure if you would like to rp it.

I'm willing to hear it still

Okay so here my idea.

18 years ago a demon attacked a small town, but was trapped in a tomb only a mile or two from the town. Now along with the demon being trapped, there was a baby hidden deep inside the house. The only ones who know of the baby's destiny are the parents, but the father disappeared once the demon was trapped. Just after the father disappeared, the mother gave her baby a necklace to protect them from what their true form is.

Now 18 years later Muse A moves back into the town as a new student. Muse B has gone through the school system with out even knowing who Muse A is. Not know that Muse A went to the same elementary school.

I have one that I'm pretty sure you won't like but I just thought I'd share it... There are two sides, Dark and Light. There was a huge war many years ago that spilt up the sides, probably forever. The Dark's Empire and The Light's Empire are separated by a giant field. Each empire is surrounded by trees so nobody can actually see the fields in the center unless they sneak out to them.
The sides don't talk to each other. It's not allowed. Just like falling in love with the other side isn't allowed. Sides can be identified by their clothes. Lights always wear light colors, mainly white. Darks wear dark colors, mainly black. Grey is a banned color. (The sides often will wear black or white masks, clearly showing their side.) Enter our characters. Guy A is a Dark, son of the Dark leaders, Girl A is a Light. Girl A also happens to be the daughter of the leaders of the Light side. One day, Girl A sneaks out to the fields. Guy A is out there. She is wary of him at first but they slowly warm up to each other (possibly Falling in love). Can they bring the sides back together or will they have to live with the burden of a forbidden love...? (Guy and Girl roles can be switched or easily made into mxm or fxf)

You really like it?? And Sure! So I'll be the light girl?

Shall we create our characters?

Sure. Can you post yours first and I'll make mine following a similar template?

Sure. And should we make in olden times or present time, but it is old fashioned?

That's entirely up to you. It can be modern or more old fashioned, I kinda wrote it in a way that the time period can be changed to whatever preference..

Okay I have the perfect character. Give me a moment. 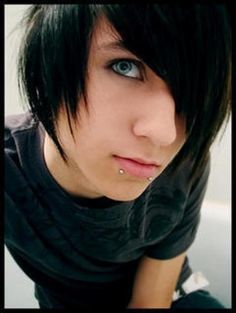 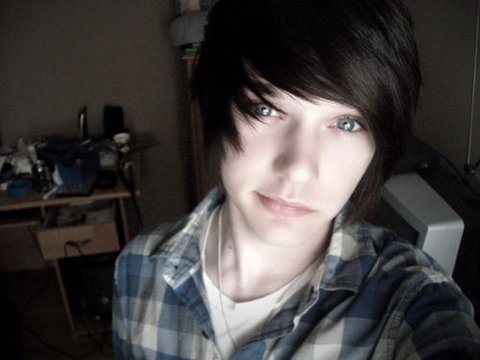 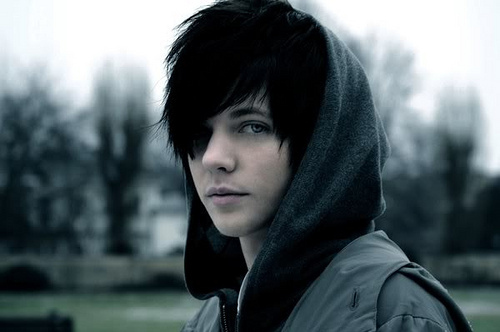 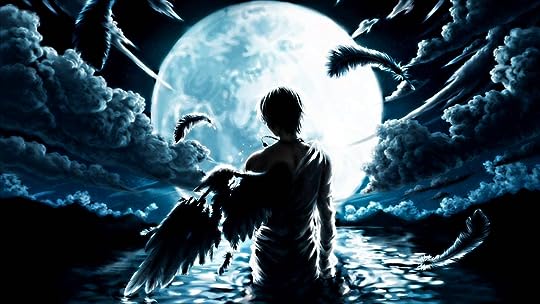 Personality: He is shy and timid. Nickolas is a kind person even it does not look like he is.

History: TBRP'D
Other: He is the prince of darkness.

What should the age range be?

yep. That is fine

Okay. Here's my characters then, sorry about the images being links..

Personality: Alaric is quiet when you first meet her but is bright and bubbly most of the time once she warms up to you
Other:

((Sure. Could you start us off please?)

((yeah, but how should I begin? Before they meet in the field or at the field?))

(Maybe just before they meet in the field? And did you want it more modern or old fashioned?)

((I was thinking modern a bit))

Nickolas sat at the window staring out at the field. He could see the field and anyone on it, but if they would not be able to see the castle. He sighed when a knock hit the door; he was needed down in the throne room. The prince sighed and went down to speak with his father. On the way, his mind wondered what his father wanted from him.

Alaric took a breath, quietly walking out of the castle she lived in on the light side. She snuck out quite often but thankfully didn't get caught too many times. She didn't take much with her, just a sketchbook and a small box of art supplies. Alaric made her way to the fields, sneaking through a hole in the fence that had yet to be patched up and walking through the grove of trees till she reached the fields in the middle. She looked up at the sky and smiled lightly.

It did not take that long before he was free of what his father wanted to talk about it. It was nothing important since he had no duties at the moment, He grabbed his cloak and headed out towards the meadow. He needed some air; he headed up to the roof before opening his wings and soaring into the air.

It took him almost five to ten minutes before he landed safely in the woods. He has been out a few times, but not all the way to the meadow. It was a place he could look up at the sky and think to himself.

Alaric walked around the meadow. She always went to the same spot in the fields. She looked around, making sure she was alone before sitting down and looking up at the sky. Alaric set her sketchbook and stuff down in front of her.

Nickolas folded his wings up against his back before walking out and looking up at the sky. He did not realize how nice the air felt after being inside all the time. It was nice getting some fresh air. He glanced around before spotting a deer near by. He nodded to it before it finished its way across the meadow. He found a spot and sat down; he laid down and closed his eyes as he did not know that someone else was in the meadow beside him.

Alaric focused on the sky for a few minutes, thinking. She reached for her sketchbook and flipped it open to a clean page, starting to hum faintly. She grabbed a pencil and started to sketch, not entirely sure what she was going to draw yet, just following a slight idea in her head.

Nickolas reached up and looked at his hand and smiled. Sometimes he liked to play around with his magic. With a small motion of his hand a small crow appeared on his hand; his eyes looked it over as if that was not the best he has done. He sighed and sat up. He knew something was wrong, but he did not know what it was.

Alaric eventually shifted from humming to singing. She thought she was alone so she saw no reason to be extremely quiet. She continued to sing as she drew, unaware of her surroundings, too focused on what she was doing.

Nickolas glanced around as his ears heard something. It was pretty. He had never heard anything like it. He tried to ignored it, but for some reason he couldn't. He brought the bird close as he asked it to go see where the singing was coming form. He wanted to be discrete so who ever was singing did not know that there was someone else in the meadow.

Alaric continued to sing. Her voice was quiet and melodic, full of emotion. She could rarely ever sing when she was at home. Mainly because if people knew she could, they'd use it as an excuse for why she couldn't be heir to the throne or try to make her sing all the time for whoever or whatever. She finished one song and started another, her drawing forgotten for the moment.

Nickolas watched the crow fly around the area trying to find out where the singing is coming from. When the crow came back, he was informed that there was someone else. He decided not to interfere with them as he laid back down and closed his eyes; he let the crow join the other person in the meadow.

((sorry for taking so long. I was occupied with something.))

(Sorry, I couldn't come up with a reply and then forgot about this one...)