Mod
It's October, so let's celebrate fall and Halloween by posting any free YA Kindle book. 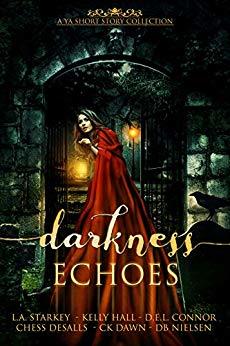 Six complete spooky never before seen YA short stories to shoot a tingle up your spine!!

Til Death Do Us Part by L.A. Starkey - Jennifer and Zach have been best friends since birth, but as their senior year approaches, things change drastically. With little time left to reveal her heart before college, Jen plans a night to remember at the old haunted Vandercamp Mansion for Zach's birthday. It's just to be the two of them, and no one was to know, but upon arrival, they realize that their presence was expected. Their connection is forged as realization of their past is granted. A love that stands outside of time and space will not rest - Til Death Do Us Part.

Witch Moth by Kelly Hall - Dominic Dane has endured his sister Dahlia's evil deeds for decades while the two serve out their hundred year punishment, but when she threatens to use his new-found crush as her Halloween sacrifice, he realizes she'll never change. Promising Kitty he will stop at nothing to save her and her friends, Dominic is forced to explain his curse, revealing it's not just Dahlia who must kill to survive.

The Coming of the Skin Walker by D.E.L. Connor - When warriors Walking Bear and Nine Fingers rescue amnesia-ridden Lina from the clutches of the immortal Skin Walker they must flee on a harrowing journey where ancient Native American secrets and mysticism unfold, innocence is lost, and the forever bonds of love and friendship are tested.

Lantern by Chess Desalls - Five days before Halloween, all sixteen-year-old Tori has on her mind is vacationing with her family and scoring lots of candy. Her grandmother's estate, with its Gothic spires and trails that lead out to the woods, holds an unexpected secret: a lantern that lights up for Tori and nobody else. Certain that it's a ghost or a prank, she investigates further and discovers a mysterious life that shines in the darkness.

Cloak of Echoes by CK Dawn - Just as Emma Kincaid came into some disturbing empathic powers, she lost her mother in a car crash. She is also pretty certain she's being followed, maybe even hunted. But, is it the shadowy creatures that haunt her nightmares or the mysterious guy, shrouded in darkness, who just enrolled at Jefferson High?

Hallowed Eve by DB Nielsen - Ten years after the sinister disappearance of her father, the turmoil begins again with the stealing of souls ... Seventeen-year-old Evee is forced to accept her birthright of dark secrets and death as she inherits the role of Soul Guardian; a role that brings her into the dangerous influence of a coven of witches and the enigmatic, alluring Hunter, Ben, to defeat the rise of dark magick.

These stories have never been published before and were written specifically for this anthology. Hope you enjoy this spooky adventure!! 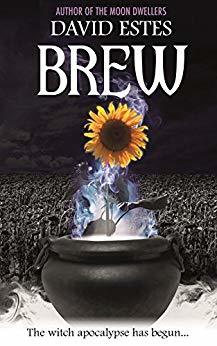 Salem’s Revenge strikes without warning or mercy, ravaging the powerless human race under the forces of united gangs of witches, wizards, and warlocks. During the slaughter, Rhett Carter's foster parents and sister are killed, and his best friend and girlfriend are abducted by a gang of witches calling themselves the Necromancers, who deal in the dark magic of raising the dead. Rhett’s sword-wielding neighbor with a mysterious past saves Rhett from becoming another casualty of the massacre and teaches him the skills he needs to survive in this new world.

Rhett is broken, his normal high school life of book blogging and football playing shoved in a witch-apocalyptic blender. The only thing he has left is his burning desire for revenge. Armed with his new witch hunting skills and a loyal, magic powered dog named Hex, he sets out into the unknown with one mission: hunt and destroy those who took away everyone he ever loved.

But Rhett isn’t just a witch hunter; he has secrets of his own that he has yet to discover, secrets that his enemies will stop at nothing to keep him from.

And discovering the truth about himself is the human race’s only hope.

Mod
Lots of Halloween reads! I got the first one, the short stories book and will read it on Halloween!

Free today double check for any other day

Forks - A unique and re-imagined take on a favorite. Same setting, different characters, and different story.

"I like how she connected the movie to the book and still you are like: what is this place." 5 stars

"It's like visiting with old friends, but you have the unexpected pleasure of new and mysterious visitors." 5 stars

When Bri gets caught coming home drunk after the death of her sister, her parents think some time away might be good for her. She’s forced to spend the entire summer before her senior year at Cabin Creek Falls—a camp full of spoiled, rich kids where she’ll surely be out of place.

Her plan is to make it through the summer minding her own business and staying out of trouble. But it doesn’t take long for her plan to fail. During the opening dinner, she slugs Carter—the camp’s Mr. Popular—after he plays a practical joke on her roommate, putting her on his radar, which doesn’t make Quinn—the camp’s diva—very happy.

To top it all off, Bri befriends a lonely teen boy no one else can see who swears he’s dead, and she’s haunted by a deranged woman that sends chills through her veins. Has Bri gone insane in her grief, or are the boy and woman actually real? Which is worse?