Awesome! so you'd like to play the female lead right? and i'll play the male, but I'd have to figure out how to incorporate my second female character!

Yeah, I would ^.^ So I was thinking that the two girls would be 'friends', like they were friends but they both went up for the same part and that put a bit of a strain on the relationship because my girl got the lead. And then your girl has a thing for your guy, the lead so when the romance starts, there'd be a fight and stuff between them. But nothing would actually happen between your two characters, it would end up being between my other guy and your girl because he has a thing for my girl and so they two of them conspire to break the leads up from whatever is beginning between them and end up getting involved through that? Just an idea.

sure that sounds good to me :) and we could always change direction or throw in dramatic segments and such since that's always fun too haha! xD

what do you prefer for character sheets? I don't mind basic info (name, age, appearance, personality or whatnot) but if you'd rather be more in-depth I'm fine with that too. either way I will have to spend some time thinking up my charries :D

Sorry I totally missed this =(

Of course, yeah, we can always brainstorm as things go on and our characters develop and stuff.

I usually just go with basic info for character sheets because I almost always divert from personality when we get into the rp and the other characters come in XD So does just basic name, age, appearance and possibly a bit of history work?

oh no worries! but yeah, that sounds good to me. I also sometimes like to let the RP itself reveal the character, if you know what I mean :D

but I can get my charries up by tonight, if not tomorrow!

Yeah, I'll get mine up ASAP too.

Sorry it's taking a bit but i'm working on the charries right now! i also forgot to ask: what's the setting for this play? for some reason my brain assumed it's going to be a high school or college environment but I figure I should ask before I start writing age and history details

Oh yeah, no problem. Yeah, I was thinking high school or college, what would you prefer?

Appearance: Becca has naturally dark hair that she wishes she could dye all the time. But since that's not realistic, the only part of her appearance that she really cares about is her face, where her cosmetic skills can practice all day, every day. Her bluish-gray eyes are an exact reflection of her dad's but the pointed nose is all Mom's. Standing at only 5'4", Becca has still been mistaken for being years older than she actually is... which is sort of more an insult than a compliment to her. 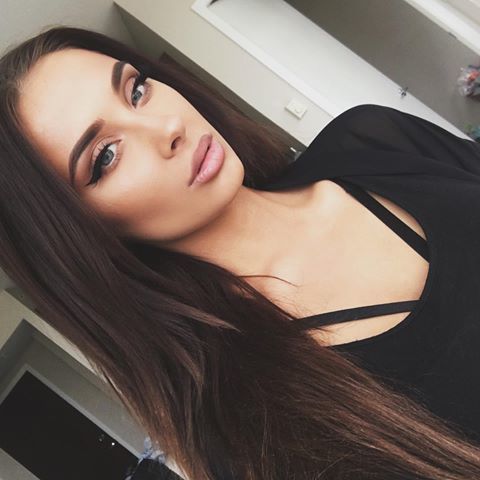 History: Becca grew up in the middle of two worlds. Her mother was a college professor that taught various sciences courses and her father spent his time writing fictional novels and dabbling in the art of music. By the time she was halfway through elementary school, Becca had taken ballet classes and participated in science fairs. Her passion for theatre blossomed in sixth grade when she first joined the school play as a minor character, as well as her interest in small scientific phenomenon, like constellations and chemistry.

Throughout high school, Becca started throwing herself into plays, becoming self-taught in makeup and wardrobe. Eventually she started to prefer the art of a character’s appearance compared to the portrayal onstage, and this led her to desire being on the sidelines with a sewing machine and makeup brush instead of being the star. When her hands were busy transforming someone else’s face, her brain was solving derivatives and proving scientific theories.

An only child, Becca spent a lot of time with her parents, who had fostered her interests since the beginning. Her bond with them has been through hell and back, but she loves them more than anyone else in her life. She never really got to meet anyone else in their family, which usually meant she had to make friends at school or work. Her firecracker personality both draws and steers people away from her, which always had its good and bad perks, especially in the competitive atmosphere of theatrical auditions and debate teams.

Currently, she’s going to college in order to study biological sciences as well as minor in theatre. Becca also really hopes she can become skilled in cosmetology and gain an esthetician’s license or something similar on the side. All this busyness usually only allowed her a few relationships throughout the years but none of them lasted more than a year. She figures now that she can maybe find someone of interest, but everything in her life (including her parents) is pushing her to put her academics first.

((ugh i'm so sorry it took so long, I could've sworn I'd posted them!! and I actually just lost my freaking bio for my male character, so I'm gonna have to rewrite that one >_>))