14 views
ONE X ONE > Shxnnon and Janelle: Wrong Place At The Wrong Time

Muse A works at a little book store, they love working there, it suits their quiet personality and books have always been their best friends. One night they forget their phone at work and head back in opening the door in time to get covered in blood as their boss murders someone. They discover that the business has always been a front for more illegal dealings and now that they know their boss wants them shut up. When Muse A runs off, their boss notifies the police and pins the murder on them.
Muse B is a bounty hunter and gets the call about Muse A and goes after them. Muse B is the first to track down Muse A. They easily capture Muse A and start to take them in. Muse A tells Muse B everything hoping that Muse B will believe them and help them. Muse B does believe the story and decides to protect Muse A. They go on the run from both law enforcement, other bounty hunters and Muse A’s boss and their associates. 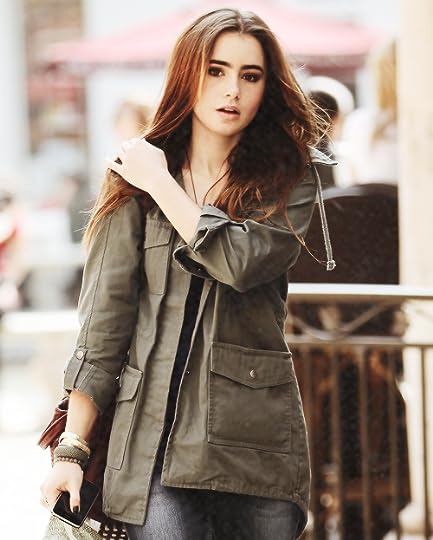 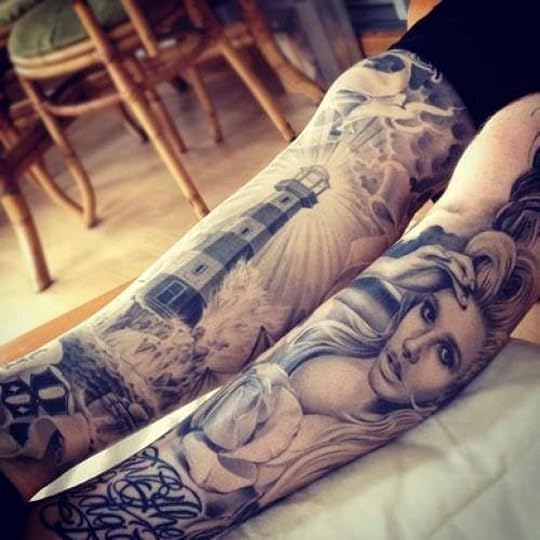 He was known for being the best of the best, he was always even a case that others couldn't do. At the moment, he was on a case about a man who kidnapped his own daughter from the mother. He was abuser and that meant, this was a serious case. But it wasn't hard at least not for Xavier, maybe for the other five bounty hunters who were given the case before him.

"Your ass really thought that you was gonna get away with this?" he asked the man as he held him down to the cool marble floor. The man groaned in pain, from the broke jaw that Xavier caused. A smirk came on the bounty hunters face, he put the hand cuffs on him and got to his feet. He glanced around looking for the girl but she was no where in sight, he sighed as he ran his hand through his hair. He thought he might have scared her when he busted through the door and the fight between him and her father might have added onto that. "Michelle...." he said softly, as he started to move through the apartment, he heard the man groan and try to move but Xavier's attention was on trying to find the little girl. "I'm sorry if i scared you but, your mother sent me. To come and get you." he said, and soon she came from under the bed. His locked on the dirty blonde, light blue eyed girl. She held onto her teddy as she got to her feet, she didn't move closer to Xavier. He sighed with a relief to know that her father didn't touch her at least not from what he could see. He reached out his hand toward her. "You taking me to mommy." her little voice, put a smile on Xavier's face as he nodded. She smiled back and grabbed his hand, he picked her up and placed her in the front sit of his car. He called in the address of where was at and waited for someone to come get him. He useless would take them in but, he wanted to get the little girl to her mother, her father had enough attention in his mind. Once a police officer came from him, Xavier took off taking the little girl home. It only took two days for him to find them but since the case was handed to other workers before they gave it to him. Her father had her for two weeks and could have done anything to her in that time. Xavier just hoped he got to her before anything ever happened.

Books they were her only friend that's why Adrianna worked at the corner book store on Mason and Hartwood street. She's been working there for almost a year and she thought she could never leave. She enjoyed how a book can transport her away from reality to a new setting. She had left the bookstore after closing and saying goodbye to the owner, she walked to her apartment bough she got halfway there when she realized her phone was still at the store. She sighed softly and turned back to the book store, she saw the light was still on which gave her relief which meant the owner Mr. Davis was still inside. She took it her copy of the key to the book store and inserted it into the door knob, she turned it to the right hearing a click from the lock she walked inside hearing the sound of the stores bell go off. She didn't look up as she closed the door hut jumped at the sound of a loud bang and the smell of blood covered her clothing, she gasped shaking as she looked at her hands that were covered in blood she looked down to see a dead body with a bullet in their head laying face down in front of her. She looked up to see Mr. Davis holding a 34 caliber pistol, tears filled her eyes she couldn't believe he killed this man. She realized that the rumors of the store were true this place was a cover up for a bigger illegal operation and she just witnessed a murder. Mr. Davis looked at her with a cold stare his gun pointed at her, she panicked fear washed over her she grabbed her cellphone and ran out of the store. She ran as far as she could to she apartment unable to fully handle the fact that she witnessed murder. She ran up the stairs to her apartment and opened the door shakily she ran inside and closed the door as if to believe it was a dream like from one of the mysteries she read. But it was all real and she couldn't think of anyway to escape but to run.

It wasn't long after his last case that he was called for another. But this was on a woman, he had to chase after women before but it was something about this one. It seemed off but, he agreed t find her none the unless. He suited up for his next case, hopefully this one would be quick and easy.

Once he was ready he was off to find this girl, his boss sent him a picture of what the girl looked like and to Xavier, she looked nothing like a killer. At all but he knew better than to let the appearance of someone get over him because, most of all his people looked nothing the monster they actually were. He ran his hand through his hair as he stood in front of the book store, he talked to the guy that calmed to have saw everything. Mr. Davis, told Xavier word for word of what happen. Xavier listened and glanced down the street once Davis pointed in the direction he said the girl went. The chase was on, knowing everything it was now all on Xavier to find her.

Adrianna was terrified she couldn't escape what believe what happened what she saw she knew she couldn't stay there anymore she had to run. She packed a bag of clothes and grabbed some money she had been saving up. She bought a train ticket before she froze all her accounts. She slipped on new clothes a pair of blue jeans, a black shirt, olive green jacket with a hood on it, and a pair of black combat boots. She grabbed a backpack stuffing everything inside she stood up and got out keys for a car that wasn't heard but it would help her get away.

Before she left she saw some hair dye on her sink she grabbed it and went into the bathroom she dyed her hair from her fiery red hair down to a more natural brown hair. She slipped her hood on her head and left her apartment. She got into the car and drove off not to the nearest train station but to another one further away just to be safe. She arrived there and waited for the train she had a ticket for shaking slightly she knew someone would come after her and it scared her.

Xavier heard from people, that either saw the girl walk to work and home or people who actually talked her. Either way he found out where she lived, he didn't like help but right now it wasn't a bad thing to get from the civilians. He stood in front of the apartment, he sighed as he noticed the steps once he walked in. He hated steps, he looked for an elevator but it was out of order. "Shit." slipped from his lips as he walked up the stairs, he stopped at the floor that he heard she lived on. Once he walked into the hallway, he saw a door opened. He raised his eyebrow and put his hand on his gun that was on his hip. He walked quietly, once he was at the door he pulled out his gun and aimed it. He saw no one. "Damn.." he said he ran his hand through his hair, as he put his gun back to his hip. he walked fully into the apartment. It was clear that she was on the run, stuff was on the fall, her clothes were on the floor. He looked around and found old pictures, family things. Meaning the girl had a heart. Most people he had to find didn't have family pictures. Or anything that showed their past for that matter. He didn't know what was up with this girl, he sighed as he walked out of her room. He looked once again around in the living room, he saw a receipt for train ticket. He nodded to himself as he was walking out the apartment until something got his attention. He backed up and saw something in the bathroom sink. He walked inand spotted hair dye, it was all in the sink making it clear that she had dyed her hair. He rolled his eyes, he pulled out his phone and looked at the picture he was sent. It didn't mean anything at this point she looked 100% different now. Xavier walked out the apartment and rushed to the nearest train station.

Adrianna drove past two more train stations before she arrived to one in the City she parked her car and left the keys inside before she grabbed her things and went inside going through security she waited for her train to L.A. She stood anxiously sometimes she would count her money and hope it's all enough. She had a hood on her head the whole time with sunglasses on her head her train was going to be boarding in 30 minutes.