note: This topic has been closed to new comments.
9 views
Flashy Monday Discussions > WEEK 19: Flash This by October 16th!

Remember to make suggestions for next week in the comments (of the above link) too! It's kinda hard to play the game without them haha!

Okeydokey, this took me ages and I scrapped four before settling on this one, so here is mine . . .

"If thats the case then I am out of here."

She was glad the words came out strong, not weak and shaky like she felt. She was going to do this. She was.

He didn't stop her.

She walked out the door. Down nine flights of stairs and out into the freezing cold night.

Then she just stood there.

She had no where to go.

He was her whole life. She had done everything for him. Given him everything he wanted. She loved him. Completely. With every single fibre of her being.

How could he let her walk away?

After everything they had been through together.

He just stood there, not saying a word, and let her walk out the door. Out of his life. He hadn't even tried to stop her.

It was all her fault. She knew it was. She couldn't open up to him. He'd been patient. More patient than she deserved. He never pushed her, never did anything to make her uncomfortable, never was anything other than a perfect, loving gentleman. And yet she remained scared. Of him. Of herself. Of them.

Of course he got tired of her.

He was a good man, he deserved better than her. She wasn't worthy of his love and devotion. That was why she was walking away. She was setting him free so he could be happy.

The first she was aware that she was crying was when the icy wind froze her tears on her cheeks. She didn't mind the cold. In fact she welcomed it. It number her body, maybe it would numb her heart too.

She was stupid. All she had to do was turn around, go back inside, back to their home, and he would welcome her back.

And yet she didn't move.

It hurt that he hadn't fought for her. For them. Hurt her more than she could bear. It stabbed at her heart, her poor broken, ruined heart, and cut it up into a million pieces.

Arms wrapped around her. She was drawn in against a warm chest. A strong hand stroked her back. Lips brushed her hair, then pressed lightly against her mouth.

Then he said the words she needed to hear, "I'll never let you go."

Ah, Princess Jane! You always have me hooked from word one. And the ending...it's like a happy ending for me:)

Loved yours once again, Mistress Ann! Seriously, I'm starting to love Tom... But why the cliffhanger. Don't leave us hanging.

Now, I'm off to write mine. And I have no idea where to begin.

A dribble of coffee spilled down her chin as a loud knock rang throughout. Junelle wiped away the warm liquid, set her mug down and sighed heavily. Whoever was at the door didn't sound happy.

She wasn't quite sure how to rate the knock. All she knew was it didn’t sound like a knock she should answer.

A quick glance through the peephole and she knew she wouldn't be answering the door. No way.

"June Bug, please…you left the party last night before…I just want to talk." Kyle's voice filtered through the door as did the anguish and sadness that mingled with his words.

Hesitating, her hand moved toward the knob and hovered.

She couldn't let him in. Not after the way he broke her heart.

I didn't break your heart. You broke mine.

That's what he said. How did she break his? That isn't the way she remembered anything.

A soft thump sounded, almost as if he rested his head against the door. His sweet voice floated to her. "Please, June Bug. I know you're in there. Let's talk…I've missed you."

His forceful knocks did nothing like his soft, tender voice that spoke of such agony did.

She opened the door.

He stumbled inside into her arms, making her assumption correct. His head had been resting on the door.

Pulling her closer, he buried his face in the crook of her neck and placed a light kiss to the spot she always craved for. She sighed, contentment filling her aching heart. His touch always managed to make her feel better. It didn't even matter he was the one who hurt her.

"Five years…is a da** long time to be away from you," he whispered, still holding her deathly close.

Her arms slowly wrapped around him. She suddenly never wanted him to let go. Ever.

He lifted his head and grasped her cheeks gently. His thumbs slowly delivered tender strokes, drying away her tears she hadn’t realized had been falling.

"Because I'm a Godda** idiot." He kissed her lips. "And because I wanted you to be safe. I will remind you once again, you walked out that night. When I woke up and saw that you left…I thought I lost you. It seemed easier to just leave town instead of groveling and begging you to see how much I loved you." He grabbed her face harder, yet with a gentleness that made her knees almost buckle. "June Bug, I've never stopped loving you. Everything that happened back then…there were things I couldn't talk about. My job…"

She brushed her fingers over his mouth when he stopped speaking. Light, feathery kisses touched each finger. "I left that night because I was scared. I wanted to believe…no, I did believe that you didn't sleep with that woman. But I was scared because I knew you were still holding something back. I was scared you didn't care enough to tell me."

His lips curled into that delicious grin of his. "Everything I do—did—is because I love you so much. I was holding back, but only to keep you safe. Undercover work is—"

She stopped his words with a touch of her hand to his mouth again. "Five years is a long time to be away from you."

He slowly backed her up to the wall, crushing her body to his in all the right places. "I have to agree with those words. I couldn't have said it better myself."

Chuckling, she wove her fingers through his hair. "I think we have a lot to talk about."

Kyle kissed her cheek and made a small path to her lips, kissing her intensely before pulling away. "I agree. We can do all the talking you want. As long as you're in my arms while we do it."

Grinning from ear to ear, she stroked her hands down his face to his chest to the top button of his shirt. "If that's the case…" After unbuttoning his shirt, her hands slid down his chest, soaking up the way he shivered in her arms. "We should talk without these nasty barriers in the way. Five years…"

@Queen Amanda: Ah, the feels. So full of emotion. I'm happy they found their way back together. I didn't want them to suffer longer. I swear, I didn't...

So awesome, Queen Amanda!! Thanks you so much for a beautiful happy ending for Junelle and Kyle!! And what's better is I know it's not the real end cos you're going to write a whole book about them so we'll get to know even more about them! Better get busy with all that other writing and editing you have to do because Princess Jane is waiting!!

Okay, back to sleep now but so glad I read this while I was up after a bathroom stop!!

Anything for you, Princess Jane! So glad you liked it:) I'll add more angst in the book just for you, Mistress Ann.

Mod
Thank you, Queen Amanda. I was starting to worry about having too much love haha!

Hah, Mistress Ann, there's no such thing as too much love in my book:) 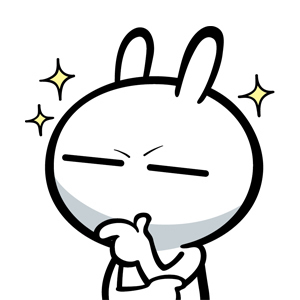 More of this little guy!! I see he's your new favourite, I guess the girl in the corner with the mushrooms has been bumped down to second favourite!!

EDIT - I just realised as I hit post that that makes no sense to anyone other than you, me and Queen Amanda!!

More of this little guy!! I see he's your new favourite, I guess the girl in the corner with the mushrooms has been bumped down to second ..."

Haha, if only she could share that girl here, I'm sure Mistress Ann would. *grins*

Mod
Jane wrote: "I just realised as I hit post that that makes no sense to anyone other than you, me and Queen Amanda!!"

Ehhh, they're all used to it by now hahaha!!

Amanda wrote: "Haha, if only she could share that girl here, I'm sure Mistress Ann would. *grins*"

Amanda wrote: "Haha, if only she could share that girl here, I'm sure Mistress Ann would. *grins*"

Annie wrote: "Jane wrote: "I just realised as I hit post that that makes no sense to anyone other than you, me and Queen Amanda!!"

Ehhh, they're all used to it by now hahaha!!