I've got some stories based on my own true experiences.

Yeah they are really freaky

I've got a horror story. Would anyone be interested in hearing/reading it?

It was little Billy’s birthday, and I was not looking forward to 1 o’clock.
The kids would all be finished the cake by 1 o’clock, and that would mean they’d come out and get me. Trust me when I say, there’s nothing more terrifying than a bunch of kids with baseball bats.
They would all run out, any minute now, weapons in hand, ready to beat the life out of me. The moment my skin tore and my blood poured out, they would race to the ground and start shoving my insides into their laughing mouths. The hungry little beasts.
I could hear the laughing children inside, shoving cake into their faces, only a portion of it actually getting into their mouths, the rest either crumbling to the floor or sticking to their faces. They looked vicious in there.
I knew I had to escape, but it was so hard. My whole body was frozen in the same stating position, my eyes the only thing able to move.
“Ok, who want’s piñata?” I heard Billy’s mom say.
The kids screamed the response and rushed outside. I would’ve panicked, screaming myself, if I could have.
You could tell which was Billy because he had the same thick blond hair and chubby face as his mom. He held a shiny red baseball bat, and ordered the other kids to move back.
Then he took a swing at me, and hit my side.
I screamed inside, but they didn’t hear me.
Billy kept whacking and whacking, the other kids cheering behind him.
And then my skin tore. And out spilt my blood.
I half expected the little monsters to dive in and help themselves, but instead they all screeched and balling.
What were they expecting, candy?

Yep I love it

Yay :)
Anyone else got a story?

Omigosh that plot twist >o< so was the piñata alive? Was it a...person???

@Aurelius, that's pretty much up to the reader to decide, but I pictured it just a regular pony piñata that was real on the inside.

It was little Billy’s birthday, and I was not looking forward to 1 o’clock.
The kids would all be finished the cake by 1 o’clock, and that would mean they’d come o..."

Oh my, that was awesomely written!

Thank you so much :)

A piñata that was real on the inside... *wipes away tears* ITS SO UNFAIR HE DESERVED TO BE HAPPY! :'(

Glad I got to you, Aurie.
Doesn't anyone else have another scary story?

My Grandparents basement is now haunted. I can still hear the creepy Harry Potter and Dr. Who music on the organ. I'm so mad at my cousins.

It was during the summer when it happened. We were playing in the basement, that's where the old electric organ is, my youngest male cousin played the creepy music and my 2 months younger than me (she's the same age as me) cousin can identify the music. Ever since then, I can still hear the haunting Harry Potter and Dr. Who music playing in the basement.

LOL I kinda wish my house had an organ though, like who wants to play the piano when you could play an ORGAN like a fancy vampire XD

awesome :D Do you know how to play it?

OMG I want to play one!

I have a piano, that can play any type of instruments.

Hey guys- wanna hear a scary story? Of course ya do :3

So once upon a time one paticularly crusty Halloween night, there was a severly awkward child. Everyone else was out having spoopy fun and going to parties and going to parties. But this kid wasn't trying to go outside because the kid had no friends to go with. Luckily, she was prepared and bought some candy for herself. As she browsed the internet with no relevant purpose whatsoever, she picked up a peice of candy and popped it in her mouth. She happened to see a very humorous meme at that moment, and she started to laugh hysterically. She laughed- and laughed- and laughed- and-

SHE STARTED TO CHOKE ON HER CANDY!!!

"AUGKFSJLH!!" she coughed and gagged intensely as she saw her entire life- and her entire DEATH- flash behind her eyes. No water in sight, no friends to get a cup. She couldn't even shout for help. Really? It's all going to end with a peice of cheap hard candy? she thought. And It was at that moment, as she gasped out what was to be her last wispy breath, she saw a flash of lighting right in the middle of her room, followed by a deafening screeching noise. Suddenly a dark, hazy figure materialized from the air. It's eyes were yellow with madness and leaking an endless stream of dark liquid. It radiated shame and slumped over as if carrying a mountain on its hunched back.

"Wh-wh- who?" the awkward child managed to whisper.

"Who, am I?!" wailed the dark figure. It snapped its crippled fingers, and suddenly the choking sensation vanished from the girl's throat. She inhaled as much air as possible and then sighed it out, too shocked to thank the thing that just saved what a dictionary would call her life.

"My dear Aurelius, I am the ghost of Halloween Pity."

HEY I HAVE ONE LINERS


The last man on Earth heard a knock at the door.

I have one liners too!

im sorry that was terrible XD

Aurelius wrote: "I have one liners too!

im sorry that was terrible XD" 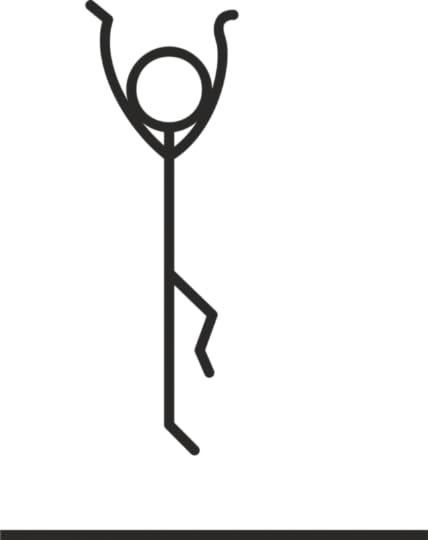 scary stories on valentine's day instead of some fluffy, soggy ballad, I like it ^-^