Allow me to present my work to date, starting with the books:

A Spirited Evening and Other Stories

“Did you ever hear tell of the soul of a living person walking, split asunder from its mortal body?”

Vengeful spirits, mysterious maladies and wondrous happenings that aren’t so easily explained—the world of A Spirited Evening harks back to the classic era of the 19th century ghost story, pulling you into a Victorian world where the line between reality and the supernatural is blurred.

A Most Unusual Disturbance – Algernon Hunter meets a young man who is being driven from his ancestral home. But what is the source of the strange music that haunts the old manor house each night?

Reflections on a Malady – Algernon Hunter finds himself involved in the case of an unusual malady. Thanks to a remarkable young woman, who shares his feelings of unease, he begins to see that sometimes there are forces stronger than death, and sometimes there are consequences.

The White Lady – Mr Palmer is intrigued by his friend's family legend. But who is the white lady and why should he fear her?

Three Knocks – One Christmas, a stranger comes to a remote country inn in the middle of a snow storm. Does he also bring with him the explanation for the mysterious, late-night knocking that troubles the inn?

A Spirited Evening – A sceptic gets more than he bargained for when the séance room threatens to give up a deadly secret.

The Darkness Within - A book purchased from a sale room opens up a world of trouble for Mr Worthington. But just what is the darkness within? And can Mr Worthington resist it?

Dim your lights, light a candle, and settle yourself in for A Spirited Evening…

The Haunted Chamber and Other Stories

Enter a world where shadows live and the veil between life and death is thin. Be transported back to the era of the classic ghost story. Enter The Haunted Chamber...

Set in the Victorian era, these ghostly stories evoke the candlelit drawing rooms of the 19th Century.


The Haunted Chamber - Would you accept a challenge to spend the night in a reputedly haunted room? That is precisely what John Williams decides to do and finds that the haunting is not quite what he expected.


The Inn by the Crossroads – The inn by the crossroads has an evil reputation. No one has set foot over the threshold of the abandoned building in years. So, what can it mean when lights are seen coming from the inn one foggy Halloween night?


Sir Henry's Folly – Sir Henry Morstan's plans to build a new folly on his estate are repeatedly foiled, but is the sabotage of his project really the result of a prank? Or might there be another explanation?


The Crying Ghost – A young bride has almost everything she could possibly want to make her happy in her new life. But when she is troubled by sights and sounds that only she can see and hear she begins to question her sanity. What does the woman in the empty room want with her?


Shadows – The newly engaged Isabella finds herself living in fear of a rejected suitor. But when his power over her seems to go beyond the realms of the possible, the shadows threaten to consume her.


Lifting the Veil – When a Christmas visit to a friend ends in disaster, Algernon Hunter is left pondering the barrier between life and death.

Light a candle, and draw close to the fire. Let me tell you of the things that wait in the shadows, of those who dwell in the places abandoned by man. Let me tell you of ghosts and magic, of demons and vengeance. Lean in and listen to the cry of the wind; or is it the wind? But these are only stories; there's nothing to fear in the darkness, and the things you see when you close your eyes are just dreams, aren't they?

Go ahead; put out the light..

Everyone is in the mood for Christmas, everyone that is except for Stephanie. Missing the simple magic of her childhood Christmases she's suffering from a case of the holiday blues; that is until a secret Santa gift provides her with more than she bargained for this holiday.

A short story from my first book is available to read for free online at Shadows at the Door:
http://www.shadowsatthedoor.com/2015/... 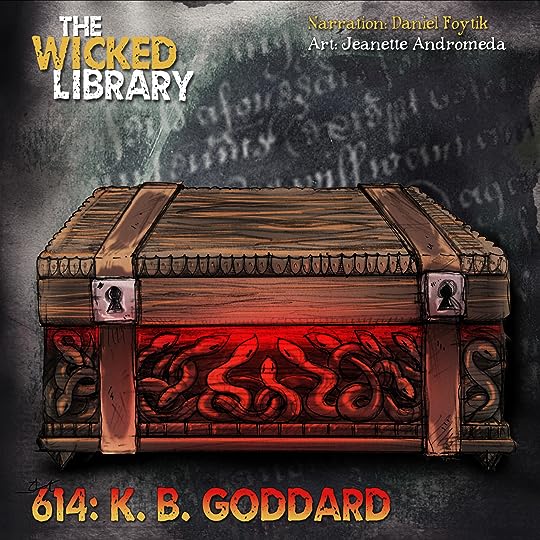