Mod
It's finally here! At Valancourt Books, every year October is Horror Month, and this year we have four great new titles available.

Scroll down for details on our first Valancourt Book of Horror Stories, containing rare and unpublished tales by Valancourt authors; an omnibus volume by the master of weird fiction, Robert Aickman; and vintage classics about monster babies and haunted houses from Alexander Laing and Archie Roy! 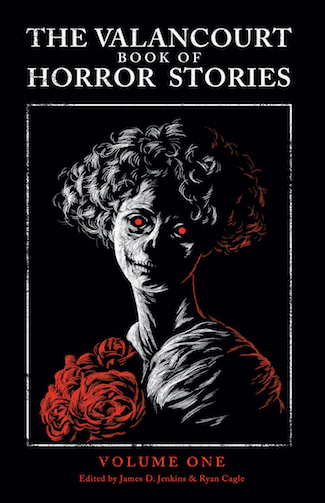 The Valancourt Book of Horror Stories: Volume One , edited by James D. Jenkins and Ryan Cagle

Spanning two hundred years of horror, this new collection features seventeen macabre gems, including two original tales and many others that have never or seldom been reprinted, by: 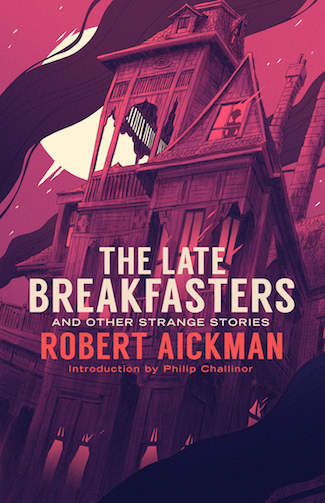 The Late Breakfasters and Other Strange Stories by Robert Aickman, introduced by Philip Challinor

One of the preeminent writers of weird fiction, Robert Aickman is celebrated for his unsettling and often ambiguous "strange stories," but he once wrote that “those, if any, who wish to know more about me, should plunge beneath the frivolous surface of The Late Breakfasters,” his only novel, originally published in 1964.

Never before published in the United States and long unobtainable, Aickman's odd and whimsical novel is joined in this omnibus volume by six of his finest weird tales (two of them making their first-ever American appearance): “My Poor Friend”, “The Visiting Star”, “Larger Than Oneself”, “A Roman Question”, “Mark Ingestre: The Customer's Tale”, and “Rosamund's Bower”, as well as a new introduction by Philip Challinor. 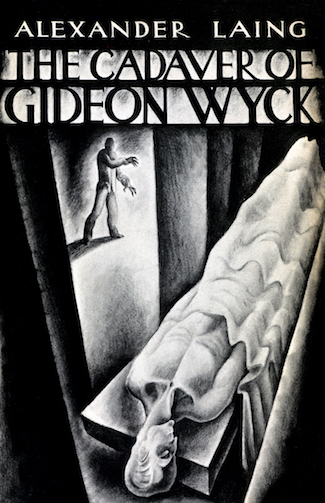 The Cadaver of Gideon Wyck (1934) by Alexander Laing

The Cadaver of Gideon Wyck, Alexander Laing's odd hybrid of horror, crime and science fiction, was an unlikely bestseller and critical success when first published in 1934, and it was later selected by Karl Edward Wagner as one of the top horror novels of all time. This new edition reprints the unabridged text of the first edition along with a reproduction of its dust jacket art and frontispiece by Lynd Ward. 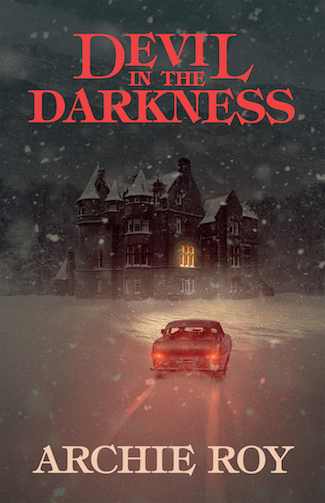 En route to their honeymoon in the Scottish Highlands, Paul and Carol Wilson lose their way in an unseasonable blizzard and are forced to take shelter in remote Ardvreck House.

But this sprawling, dilapidated Victorian mansion, with its reputation as the scene of violent unsolved mysteries, is also playing host to an eclectic and mysterious group of people who are engaged in a bizarre experiment. It soon becomes clear that even more threatening than the worsening storm outside are the dangers within: The Wilsons and the rest of the assembled company may not survive their stay, as Ardvreck House, home to a century-old evil, refuses to give up its long-buried secret - the devil in the darkness.

Renowned professor of astronomy Archie Roy was also a prominent researcher in the field of the paranormal. Drawing heavily on his own experience and investigations, Devil in the Darkness (1978) is a chilling haunted house story in the tradition of Shirley Jackson's The Haunting of Hill House and Richard Matheson's Hell House. This new edition makes Roy's sixth novel available in America for the first time and includes a new introduction by Greg Gbur.

Have (well, ordered) all paperbacks, except for DEVIL IN THE DARKNESS.....(I'll get right on that!) ;)

Mod
Kimberly wrote: "Have (well, ordered) all paperbacks, except for DEVIL IN THE DARKNESS.....(I'll get right on that!) ;)"

Devil in the Darkness looks great! I'll pick up the ecopy when its out!

I bought them all. Now 3 of them just need to get here!!! They'll make for great reading if the stupid hurricane hits on Friday.

I NEED Devil in the Darkness. I need all of them, really.

Valancourt Books wrote: "I feel like I need a drink and a rabies shot after formatting that post."

Charlene wrote: "I NEED Devil in the Darkness. I need all of them, really."

That's the word I always use: "need." It makes me feel better about buying books.

Maxine wrote: "Devil in the Darkness looks great! I'll pick up the ecopy when its out!"

Charlene wrote: "I NEED Devil in the Darkness. I need all of them, really."

Yes, books are a physical NEED to those of us here--there is no better way to justify the purchase of more than we can read in our lifetimes!! :D

Mod
Nancy wrote: "I bought them all. Now 3 of them just need to get here!!! They'll make for great reading if the stupid hurricane hits on Friday."

Valancourt Books wrote: "Nancy wrote: "I bought them all. Now 3 of them just need to get here!!! They'll make for great reading if the stupid hurricane hits on Friday."