Never, ever, EVER get between Mama bear and her cub...

'specially when Mum is a kick-butt fighter pilot! 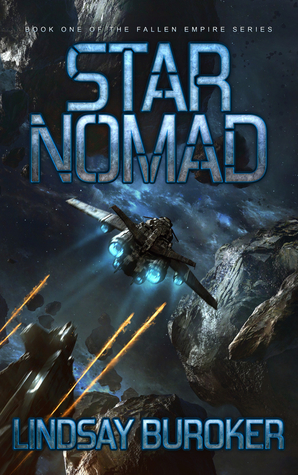 They have her daughter. She will stop at nothing to get her back.

When system-wide civil war broke out, fighter pilot Captain Alisa Marchenko left her family and accepted a commission in the Alliance Army to battle the empire’s tyranny. Four years later, the empire has been toppled, but chaos and anarchy now rule the system. Alisa, after being injured in the final battle, is stranded on a dustball of a planet billions of miles from home. She learns that her husband died during the bombings, leaving their daughter on Perun, a planet that has become the last imperial stronghold.

Alisa must find a way to Perun, even if she has to steal a dilapidated ship from a junkyard overrun by murdering savages to do it. She’s ready for the challenge. She did not, however, count on finding an elite imperial cyborg soldier squatting in the ship and planning to use it for a mysterious mission of his own. Alisa can’t let him or anyone else stop her, or she'll never see her daughter again.

ARE YOU READING STAR NOMAD? Shout it out in the discussion thread below, find some book buddies, and tell us what you think as you read through the book. Just remember to be kind please and use the spoiler .html so you don't ruin the fun for somebody who isn't as far along.

Oooh ... this one is free on Kindle Unlimited. Grab...

Anna - no worries with that Kool-Aid. It's those who drank the Fox News and/or Trump campaign Kool-Aid I worry about.

Mod
Grabbed the free preview. Will try it when I finish with my current book.

Same here... I normally have a five book a week habit because RL slows me down. Now any cost excuse for not checking out a lot of other books is out the window. Darn Kindle Unlimited...

I found this a fun read, but not quite what I expected from the blurb. It was very reminiscent of Firefly, and I found myself struggling not to see the images from Firefly superimposed over the characters in the story.

I really enjoyed the story but felt a bit puzzled at the end, seemed like so much was still unresolved. BUT I was excited to read the next one in the series and rejoin the characters and I've really enjoyed being on a journey with them through the succeeding books. I like the slowly developing relationships. It's an interesting world she's created, with some good twists and turns! (And I think many authors strive for that "Firefly feeling"...)

It was pretty good. That kid is gonna be missing for quite a while...but there it is. The wandering motivation. Hehehe.

Just finished Star Nomad, it was good but all setup so it's kind of hard to pass judgment.