Muse A and Muse B are young and in love. After meeting one summer at the beach, the couple hasn’t been apart for more than 2 days at a time. Though they are young and their futures are still uncertain, they are sure that they intend to spend the rest of their lives together. Excited that they’ve each found their soul-mate and eager to show the world, they decide to get married. Unfortunately, Muse A and Muse B’s parents both strongly disapprove, stating that it won’t last and they’ll regret the rushed nuptials afterward. Discouraged, but not totally defeated, the young couple plan to elope. They’ll get married in secret and run away together, starting a life on their own, without their parents’ help. Muse A and Muse B scrape together what money they can and run off in the middle of the night, leaving only a goodbye note behind for their parents. They get married in a quaint roadside chapel and find a cheap apartment to live in. They plan to find work and take care of each other from now on, however, it’s not long before they discover that it’s not as easy or as fun living independently as they dreamed it would be. Before they know it, they’re short on rent. Work leaves the newlyweds with little time for each other, and when they are together they begin to fight over their finances.

Will they find a way to make it work as young newlyweds? Or will they end up crawling back to their parents for help?

So! Which idea do you want to do?
Take me Away or the Young Love?

Yeah, definitely. Do you think an MXM or MXF would fit this idea?

So your saying MXF?

How old should they be?

Well, since they plan to elope and get married, i would think they would be at the very very least, 18

Name Sophia River Everly
Age 20
Personality Sophia is a very active an eccentric girl, with a very optimistic outlook on life, often times making others think she is to much of a dreamer. She is quick to make life changing decisions, without thinking it through and weighing pros and cons. Despite this she is a very happy-go-lucky girl who tries living life to the fullest.
Appearance 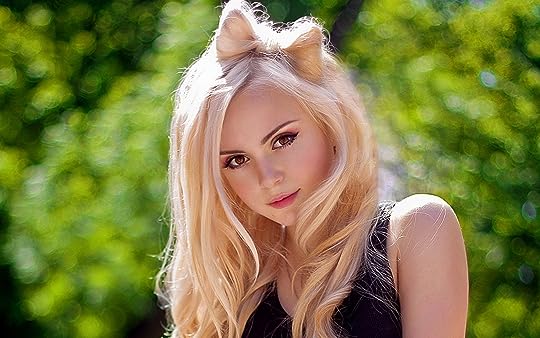 name; Smudge Wilther
age; 19
personality; Smudge has never known his place in the world. Shy and left behind would be the first words that come up to your mind when you see him. A total bottom when it comes to relationships. He doesn't know how to deal with situations when things don't go his way. He has Paranoid Personality Disorder, leading him to places he never wished he would land in.
appearance; 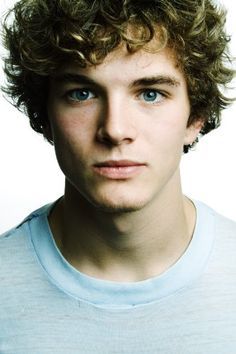 Ok so where should we start this?

I'm interested into starting when they both met at the beach. Do you specifically know what should they bo doing before they both meet.

I would think depending on who they could be at the beach with, either spending time with family or with friends doing the cliche of playing beach volleyball

Maybe we should first post a introduction paragraph first and then next post, they can meet at a sand dune close to the beach where theres, the you know, beer bottle and where most teens hangout after maybe Sophia was bad at her parents for some odd reason and Smudge was there talking to his friend or just sitting there?
Damn. I do have a feeling that this will turn out well

Sorry for being gone so long i was at my dads for a week and i dont like using the goodreads app!

Na, it fine
But what do you think about my idea?

That should work out decently

Yup
So, who should start?

So, who was I supposed to be? Some sort of addict of who doesn't know what the hell means by being paranoid too much? Thinking of stuff and talking stuff I had no control over... and I had or either had no reason for it. That's fact.
A town, a family that needs a divorce for once, just to make a day bright again. And, if you're guessing right, I'm talking about me. In fact, let me rant.
Born and raised in Indiana. Who should I be called? Smudge. Of course cause that doesn't make anyone laugh or makes me cry like a loser that I am today. One brother, older and clearly homophobic.
"It isn't natrual, Smudge, I'm telling you. I mean dating the same sex. I mean, what? You already know the struggles and their thought process is so predictable. Also, take out the trash will you?"
Usual rant he gives me? Well, maybe too usual, if that's possible in your mind. Next, parents. Stuck in the middle of everything. There but not supposed to be there, let me clear it up.
An american dad and an american mom both obviously having an ok-european history before the big immigration wave.
They're plain really. But, what happens when there's no money left? My dad starts blaming my mom for being a stay-at-home-mom, making sandwiches by the hour and only can name a few celebrities. And then, they get into a huge fight that I might as well be living an A-class life outside my house, if I had to be frankly.
Shy Smudge, left behind Smudge in all gold. Look, when I grew up everyone in the school had to have these stupid sort of dolls and if you didn't... or if you're mom did nothing all day and a one income house hold was the situation, you would be left behind. Everyone was rich in my school. Those dolls costed $500 and they were small and they had little sayings so they could protect you, make you rich, smart or whatever good is.
So, with that and that. Who was speaking of romance? Who's a romantic?
Yea, me. Maybe a whole lot too much. I fall too easily when I see a girl that's a polar opposite of me. And too boys but, all the guys I know are way too... popular for me. There was one I met at a carnival and I went full on head over heels, and I didn't mind at all.
All in all, all my problems meant going to Michigan Lake..with my homophobic brother of course. I'm in a car just wanting to die of course. Paranoia at it's best was today.
"Yo Smudge, look up already! We're 5 minutes away. I'll throw you a anti-tan."
He threw it to me. "It's called sunscreen, Jeff."
God, I'm ugly. Both mentally and physically. I have a weird lip shape and my eyes are too apart and my nose is too... normal.
But, I'm almost at a beach, in Michigan, so gather a good brother and have some fun.

When most people thought of an only child they may think of someone who grew up to be quite selfish. Growing up an only child who also lived with a family that was well off financially, some would expect Sophia Everly to be both selfish and a spoiled brat. Despite this, Sophia strives to be kind in her everyday life.
From childhood and through her teen years, Sophia was always urged to follow her dreams. She had a supportive and loving family, who aided in her growing to be an optimistic, fun-loving young women. As she got older though, people began asking her what she really wanted to do with her life. It was always You're to old for dreams now, start thinking about real life. It was because of this that she was having arguments with her parents whenever the topic was brought up.
In an attempt to clear the water between the small family for at least a short while, they had decide on a relaxing family trip to the beach they lived an hours drive from. Or it would be relaxing, had they not decided to confront Sophia yet again on the way there. "I told you before, i need time to think. I can't just. . .become a zombie of the working industry. I wanna be different! I wanna make a name for myself!"
"Different isn't going to pay bills Sophia. You cant keep your head in the clouds forever." It was the same thing her father had been telling her since she turned 18.
Her mother wasn't any better, always siding with her husband over her daughter, "Sweetie, maybe you could go to college and become a doctor like your father? Or a teacher! You like working with children right?" Sophia decided to tune them out, arms crossed as she stared out the window. She could already see the water and shoreline, so it wouldn't be long now until she could get away from her parents.
Maybe something exciting would happen today? Maybe something would happen and she could convince her parents she was more than an girl with her head in the clouds and her dreams were more than just dreams. Either way, she was determined to have some fun away from her family on this supposed 'family day'.

(Sorry for being so inactive! I'm out of state so yeah also school stuff. I'll respond most likely on the weekend )

( um, well the beach is too cliche)

((Cliche beach is cliche heh, like you said though it could be at somethin like nearby sand dunes, or, i have been to a lot of lakes that also have very pretty surrounding woods))

(Kool. I think today I can do a long paragraph)