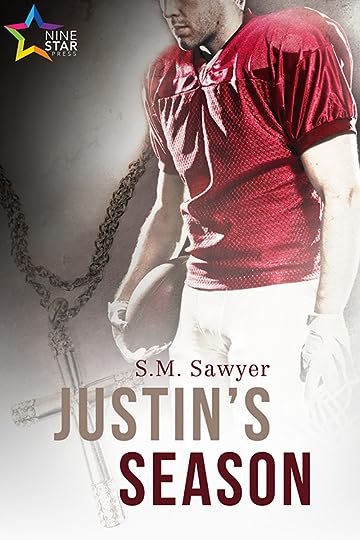 The year is 1988, and Justin Davis, a former nationally recruited football prep star, awakens from twelve years of masking his shame with drugs and alcohol to find he has been returned to his former self through what can only be described as a miracle.

Triggered by the confirmation of his closely guarded sexual orientation, his fall from grace of over a decade before sets the stage for his redemption. The fulfillment of his destiny is prompted by Providence and the serendipitous deeds of those who are a part of his new life, as their intertwined lives are likewise impacted. Though his rapid evolvement and acceptance of his homosexuality is countered by setbacks, Justin perseveres and eventually triumphs as fate, he believes, has led him back to the sports arena to recapture past glories.

In a stunning finale, however, he learns his destiny is not what he had envisioned. His calling has been thrust upon him by circumstances beyond his control. Can Justin embrace it and become the man he was always meant to be? 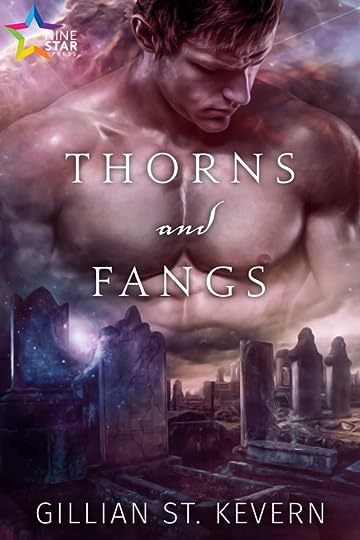 Nate is caught between two dangerously hot vampires who can compel people to do whatever they want and a ruthless necromancer who wants Nate for all the wrong reasons—and that’s only the start of his problems.

Escort Nate prides himself on two things: his ability to please his clients and his normality – living in the monster capital of the world, ordinary is rare. Hunter, a darkly charming vampire with more charisma than is good for him, decides Nate is just what he needs. Nate’s sympathetic nature and skill in the bedroom are put to the ultimate test. But Hunter wants Nate for someone else – his brother, Ben. Nate is immediately attracted by the control with which Ben holds his sensitive nature in force. Too afraid of becoming a monster to allow himself to feel, Ben struggles to resist Nate’s generosity of emotion. As a vindictive necromancer makes Ben his target of revenge, Nate discovers that making people feel good doesn’t compare to making Ben feel. As Nate’s normal world crumbles around him, and he desperately searches for a way to save Ben, Nate is unable to escape becoming the necromancer’s latest victim.

But Nate’s death is only the beginning. Coming back to life in the bathroom of Gunn, a Department Seven officer who hates the vampire family that Ben and Hunter belong to, Nate doesn’t know who to trust or even what he is. As the necromancer’s trap pulls tighter around himself and Ben, Nate is forced to let go of normal and embrace powers he doesn’t fully understand. In defiance of Ben’s vampire sire and hunted by Department Seven, Nate and Ben finally learn to trust and rely on each other. But when the necromancer succeeds in capturing Ben, Nate alone can come to his rescue.

Enemies of the State by Tal Bauer 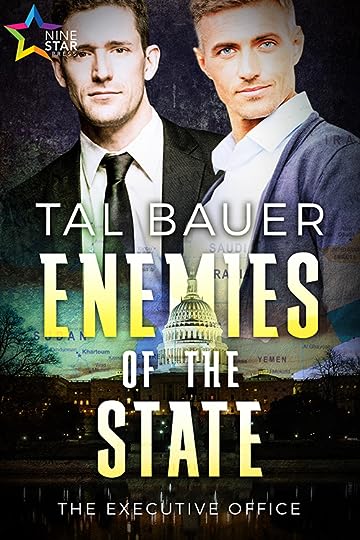 A rogue Black Ops unit with the president in their crosshairs.

A Secret Service agent who will break every rule.

A president falling for the one person he shouldn’t—a man.

Newly elected President Jack Spiers’s presidency is rocked from the very beginning, and he’s working furiously to keep the world from falling apart. Between terrorism attacks ripping apart Europe, Russia’s constant posturing and aggression, and the quagmire of the Middle East, Jack is struggling to keep his campaign promise—to work toward a better, safer world.

For Special Agent Ethan Reichenbach, Jack is just another president, the third in twelve years. With Jack’s election, he’s been promoted, and now he’s running the presidential detail, which puts him side by side with Jack daily. He’s expecting another stuffed suit and an arrogant DC politician, but Jack shocks him with his humor and humanity.

There are rules against a Secret Service agent and one of their protectees developing a friendship—big rules. Besides, Jack is straight as a ruler, and a widower, and Ethan has always avoided falling for straight men. Ethan keeps his distance, but Jack draws him in, like gas to a naked flame, and it’s a lure he isn’t strong enough to turn away from.

As the two men collide, rules are shattered and the world teeters on the verge of war, and a rogue Black Ops unit bent on destruction sets Jack in their deadly crosshairs. Ethan must put everything on the line in order to save the man he’s come to love, Jack’s presidency, and the world.

Purchase Link: Enemies of the State