Post your final character here. Myself or another mod will say approved and then you will be able to rp with them! 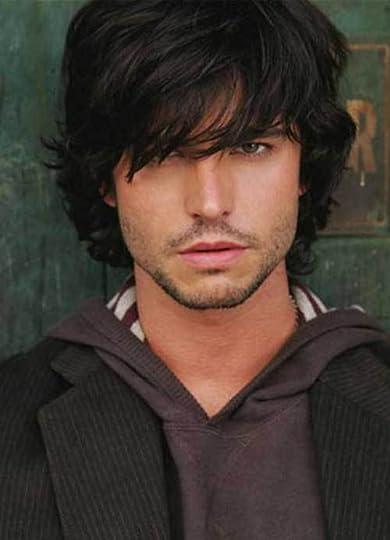 A younger version of this

Best class(es): Care of Magical Creatures
Worst class(es): Everything else
Quidditch portions (if applies, not everyone can play): has never taken much interest in it

History: Jax and his family lived in Mexico City until he was six. Then they moved to London for his fathers job. Jax is close with both his parents and his twin sister Lena. When he turned eleven he received a Hogwarts letter which was peculiar because his family had never heard of the magical world and Lena showed no magic. This put a wedge between their relationship. Jax's parents were thrilled their son was so special and Lena got very jealous. This will be Jax's second year at Hogwarts.

Patronus: (it is rare to produce one before 4th year) hasn't been preformed but is a yellow Labrador

Approved! You will be able to rp with him come September 1st unless you want to do a home one for him.

Traits: Throughout his life, Tim Drake has gone through a number of events that have altered his personality. Though Tim has always been a serious child, a number of events he had experienced has only intensified his already serious nature. A once balanced child was turned into a dark man. Before, he had built up a good life for himself and good friends with people he could trust, even his father has accepted what he was doing with his life. he was friendly and likeable that he had been able to enjoy life. He cares about innocent people, and would never stand by and watch someone be hurt or killed. He has a strong moral compass.
Likes: Birds, puzzles, challenges
Dislikes: Clowns and crowbars
Good at: Solving puzzles
Bad at: anything to do with girls
Hobbies: Solving mysteries
Fears: Claustrophobia, agateophobia, coulrophobia, sciaphobia, rhabdophobia, geliophobia
Ambition:

Childhood: He grew up with fairly rich parents, though they were abusive to him and neglected him a lot. When he was nine they died and he was adopted by a prestigious wealthy billionaire. The billionare had two other adopted sons, Richard and Jason. They all cared for Tim though no one knew his past. Tim learned about magic after catching Bruce use a spell to help Richard. They soon learned Tim had magic as well, like everyone else. When Tim was eleven he received his acceptance letter for Hogwarts. That was the same year that Jason (14) was found mysteriously dead on school grounds. Everyone thought it was suicide, though Tim didn't. This is when Tim started becoming more secluded.

Teenage years: When he was 13, the summer before his third year started, he was kidnapped and tortured. It took three weeks before anyone found him. By then the mental damage had been done. He developed Claustrophobia but didn't tell anyone. He went to Hogwarts and avoided everyone that year. By his next year he seemed to have returned to normal though in fact more fears had developed. When he was 16, right after school had started, another boy by the name of Damian came to live with the family. When Tim finally met Damian during Christmas break, they didn't really get along and again in the summer they still didn't get along, especially when Damian got a letter for Ilvermorny instead of Hogwarts. Though in august they got on better terms as Damian started to help Tim with his fears, though they didn't get terribly far because school started.

Quotes: "What's the point in being right if we're not willing to fight for it"
Theme Song: https://www.youtube.com/watch?v=RR7vW... In tribute of the life Jason had, Tim will keep fighting on
Food: Hamburger
Drink: Coffee
Color: Red
Animal: Robin
Flower: Lily
Season: Spring
Patronus: Deer

Name: Ivy Rin
Nickname: (or what they like to be called) Ivy or Ive
Gender: female
Nationality: American
Blood status: muggleborn
Date of birth: (this is in the 2016 school year so) 7/6/2005

Other distinguishing features:
She isn't really pretty but isn't ugly either

Dislikes:
Bullies
Playing sports (except Quidditch when she discovers it)
Girly girls
Sassy people
Most Slytherins
Friends:
(They will be when she goes to Hogwarts)
(I will maybe add some when more people sign up or I remember)
Best friends: (I will add some)
Enemies: (I will add some)
Most Slytherins
Fears:
Most bugs
Loved ones dying
Just death in general
Failure
Being left behind
A little afraid of being popular as she has never been
Ambitions:
To be a wand maker
To have kids as an adult

Mother: Ann Kathryn Rin
Father: John Ian Rin
Sibling(s): Maddiline Loise Rinn
Any other family member we should know about: n/a
Pet: (DO NOT READ she will get a kitten from a mysterious figure...who is in love with her...named M...A...R...T...I...oops)

Best class(es): care of magical creatures
Defense against the dark arts
Worst class(es): History of Magic
Muggle studies (she ALREADY KNOWS IT ALL! so she doesn't like it, so she doesn't try)
Quidditch positions (if applies, not everyone can play):
Will be a Seeker for her house

History: she had a pretty much normal life. But on the first day of Kindergarten she made her best friend, Ariah, who is still her best friend to this day. She and her best friend became friends with a boy named James (no he isn't a Potter) and Jonathan. They were both 'engaged' to Jon and so...yeah...but anyways... Then the two friends moved, Jon to Texas and James a few hours away. But Ariah and Ivy stayed together. Nothing else important happened until she got her letter. She hopes her friends will all get theirs too, including James and Jon. Even though she is from America, she got a letter from Hogwarts for reasons only the headmaster really understands (we do still need one...)

Animagus: (not everyone can have one)(she doesn't have yet but will train to have one)

Patronus: (it is rare to produce one before 4th year)(will be the same as her animagus)

Other: she will train to be a metamorphosis and animagus

Alright then I approve

Picture: http://celebrityimages.org/images/679...
Hair color: Chocolate brown, usually in a fancy up-do.
Eye color: Dark brown with little golden flecks in them.
Skin tone: Lightly tanned
Height: 5'7
Weight: 112 lbs
Clothing style: Whatever she feels like wearing that day.
Other distinguishing features: She has a pink scar at the corner of her right eye.

Personality traits: Sandy is quick witted and snarky. She isn't very social and doesn't have many friends. She likes studying and learning new things. She often uses her knowledge to her advantage, and is a clear favorite student in most of her classes. She gets most of her knowledge from books, but she's prefers learning from experience. She's very adventurous and a little reckless sometimes and she wishes that she'd been alive during all of the chaos from when Harry Potter went to Hogwarts.
Likes: Reading, learning, exploring, and making puns.
Dislikes: Not getting good grades, annoying students, being interrupted while studying.
Friends: Genevieve Tappert and Jacob Amin
Best friends: Amelia Tappert
Enemies: Tristan Lockheart (not related to Gilderoy Lockheart at all)
Fears:
Ambitions:

Best class(es): Care of magical creatures, defence against the dark arts, transfiguration, and potions.
Worst class(es): Divination and Charms
Quidditch portions (if applies, not everyone can play): Waiting to apply

History: Sandy is a muggleborn girl, so naturally she had no idea that wizards and witches actually existed. She loved(loves) fantasy books though and would always daydream about them being real. When she started showing signs that she herself had powers, she started researching furiously to see what she could be. Since lived in Egypt it was difficult for her to find anything other than Egyptian myths, which was extremely annoying. Her magic started acting up a little more and cats started showing a special intrest in her, so her parents moved them, as not to freak out the neighbors. As if it was meant to be, the perfect house for them showed up in England, and it was the perfect price as well. So they moved there and not long after they did, she stumbled upon Diagon Ally. She discovered she was a witch and soon received her letter from Hogwarts. She told her parents, which were beyond surprised that her fantasies were reality, and they helped her get her things and go to school.

Picture: emo girl w/ white hair and green eyes
Hair color: white
Eye color: silvery metallic bright green
Skin tone: olive
Height: 5’3”
Weight: 102 lbs
Clothing style (if you want) (stockings, boots, and short shorts) long sleeve shirts, sweatshirts. All black always.
Other distinguishing features: two nasty scars on her back just below her shoulder blades.
Personality traits: more introverted. Intense, but on the inside. Bottles up her emotions till they explode (usually). introverted and likes to be alone, but is afraid to be alone. that is, she likes to spend most of her time alone, but she is afraid of ending up with no one to catch her when she falls. She is very emotional, and quiet. she likes cute fuzzy things.
Likes: reading and anime.
Dislikes: everyone’s attention.
Friends: none yet
Best friends: Janeah and Shawne (secretly Rami)
Enemies: no important ones
Fears: being ridiculed and having a negitive (or positive) spotlight on her
Ambitions: success, love
Mother: Calipsa Miraj
Father: Gryffen Rhazjhe
Sibling(s): little sister Janeah Rhazjhe, big brother Shawne Razje
Any other family member we should know about: illigitimate half brother Rami Asher
Pet: cat

History: born to two wizards. Her older brother and her were always very close, and her little sister and her were best friends. She never new her father, because he fell in love with another woman before she was born, after she was born, her mother found out about her father's cheating, and they got into a huge argument, and then her father and his new lover vanished. She's met her half brother in secret several times. no one but her and his mother know he exists.

Animagus: (not everyone can have one) None

Patronus: (it is rare to produce one before 4th year)

Wand: i forget what she got assigned - its on stage three.

I just deleted the comment that said approved. So I'll just say for reference that is approved