The first one is fine with me.

OKay, Well It doesn't matter where it take place, It can be realistic that is fine with me and Yass that's fine, and last. mmm I guess childhood is okay. 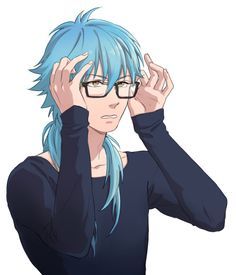 Crush/Love: EJ, his friend from childhood. He loves like a dog, he just wants to be pat on the head and told 'Good job', or even just a smile. And he will do everything and anything in his effort to make sure his love stays happy, even if he is happy with someone not Chessy.
Living Quarters:: An apartment in New York City, that allows animals.
Job: High end waiter in a club called Sion.
Companion: A huge hulking black husky, named Jazz. 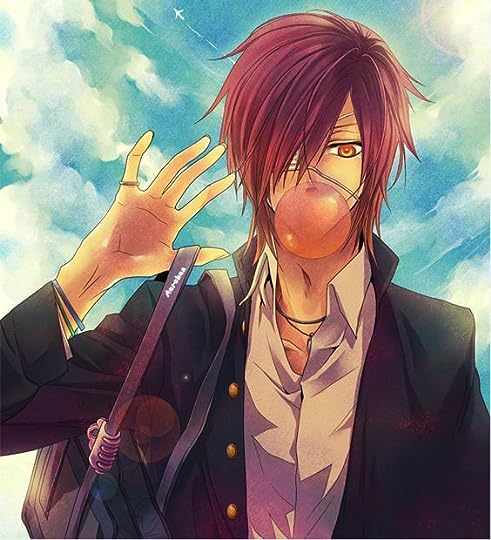 He lost his right eye in accident as a kid. He took over his fathers own he pasted. He acts cold hearted at times, not wanting to show he really feels. He has a hard to trusting anyone since his accident. He only trust his old friend Quinton. He has an cat named Noche.

((Awesome! So, would ylu like to start? Or would you prefer me?))

Would you mind starting?

((Sure! When I get home I will work on a post. Might be tomorrow I actually post it, but will start on it as soon as I get home!))

The air was chilly in New York City, and the people on the streets walked fast to get where they were going. Some headed into shops and stores to find shelter from the cold. It was winter in the world, and snow was being called for the next day.

In a classy club called Sion, the main room was bustling with activity. It was the 8PM 'rush hour' where drinks were half off. The people inside were dressed in suits and classy dresses, diamonds and pearls adorned the woman, and expensive watches lay on the wrists of the men.
Quinton Cheshire Simmons, otherwise known as Chessy, wondered how in the world the person in front of him, at the bar where he was bar-tending, was able to keep all the liquor down that the man was drinking. He had served three cocktails and two loggers, along with a shot glass of vodka. Not only was the mixture of drinks horrifying, but the alchohol in each was very high. Shaking his head, he just turned and started cleaning up his area, as he was done for this shift. Smiling to Kevin, the newbie who was going to take over now for the first time overseen by the eldest bartender, Jack, Chessy wandered to the staff only door and went into the changing room, to change into his street clothes.

Once changed, he left out the back door, and started walking towards his apartment. He opened his cell phone, and hit the dial button, to dial his friend, Emmanuel Johnson, or E.J. Saying he was his friend, though, was an understatement. E.J. was Chessy's love of his life, though it was an unrequited love. Chessy and E.J. had grown up together, and at thirteen, Chessy had realized how much in love he was with his best friend. Though every time Chessy was his friend, he wanted to shout out his feelings, he left it out because he wanted E.J. to be happy, and he wanted to be with E.J. no matter how hard it was or how much it hurt. So Chessy went on, and learned to dull the pain.

Once he dialed the number, he pressed call, and waited.

The winter cold hadnt stepped inside Emmanuel's office. Since he had his building heat on blast, which workers where also rightful for. Emmanuel said as he was still dealing with the left over work that was on his desk, and by the look of how much he had to do. He quickly doubted he was gonna be able to head home tonight, which he didn't mind. He loved his job, he was the boss. Never had to answer a question that he didn't have to. Even though taking over his father's business was never even a thought. But, once his father passed away from cancer. He knew couldn't just let all his father's hard work be put to waste. And pluse who else would his father trust, from his will. The answer was no one but him and it only took Emmanuel a few days to get the hang of being a boss. Now he was a year later, no one complained about how he ran things. Some even said he was running this better than his father, which he would be lying if he said that it didn't like that being said.

After being in his office for more than three hours of working without stopping. Emmanuel sighed and leaned back in his chair for a moment. He ran his hands through his hair, with that movement he showed his patch that covered his right eye. He lost his eye when he was about eight. He got into a fight, trying to help a friend. Who turned around and started jumping him, through the whole thing. Emmanuel ended up losing his eye. He sighed as the memory ran through his mind, he looked up at the ceiling and closed his eye for a moment. But soon he heard his phone ring. He sighed softly as he opened his eye and looked over in the direction that the ringing was coming from. He looked on his desk and grabbed his phone, he didn't even look at his caller ID before he answered it. "Hello?" he asked.

Chessy blinked as he was waiting for Emmanuel to pick up, dodging people and cars on the still-busy streets with practiced strides. The brisk hello he heard when his friend answered, put a frown on his face, eyes narrowing in concern. He wondered, sometimes, if he was not being 'there' enough for E.J. though he did his best to be available at any time. His employer even allowed him to take breaks if he was needed, as being the best bartender around the area was a good plus though. So, now, Chessy tilted his head and avoided a barking dog and it's owner, slowing to come to a stop in the mouth of an empty alley.

Though E.J. did an amazing job at being the head of a company for only a year, Chessy wondered about the stress that job title entailed. He knew he could never handle it. "Hey, it's me, Chessy. You going to be at the office late, or maybe do you have a chance to swing by mine?" They had not seen each other this week, and being a Wednesday, it was still a long three days. Chessy himself had gotten increasingly anxious, as he never really mentioned to his friend that he had seperation anxiety but, well, he did. It showed in his Tourettes, though he could control them easily when E.J. was around. Chessy even now was jerking his left wrist outwards then inwards, a nervous tick he had taken up. "If you are going to be at the office, do you want me to swing by and just sit with you?"

Though Chessy was not a business man at all, too clumsy and shy for formalness, he was good at staying quiet and just being there. He did not start out as a bartender. He had to work his way, like most everyone did. And it took a year for him to be even thought of for the job, then he had to be apprenticed, then he became the official bartender for Sion. And he had impressed enough throughout his career, that he had many patrons come back every day or couple of days to chat and try his mixtures.

But now was not the time to be thinking about that, and Chessy shook his head, breathing out warm air that seemed to freeze in the air, and listened to the phone, wondering if he could maybe get his neighbor, Roy, to take Jazz for a walk if he was needed elsewhere.

Emmanuel sighed as he listened to Chessy on phone, it wasn't that he didn't want to talk him or anything but it was hard to act the way he rather be when he was around. After the accident, Emmanuel decided that he couldn't trust anyone and every since than no matter who dated or was around he never trusted anyone or opened to anyone. And for that reason none of Emmanuel's relationships never worked out but, also for that reason alone he has no been heartbroken. So he didn't care for it but, for some reason when he was around Chessy he couldn't act like he didn't care about anything. He didn't understand, no matter how long or how much he thought about it. Emmanuel couldn't understand. He shook his head when he realized that he didn't answer his question. "Umm.... either one will do, Chessy. Your choice." he answered as he ran his free hand through his hair, he heard footsteps coming to his office door and sighed. "Hold on, chess." he said as he put his attention to the woman that walked in. Emmanuel didn't even say anything, he just raised an eyebrow and she started speaking. "Oh.. sorry.. i didn't know you was busy." she said, Emmanuel sighed and shook his head. "I am not.. what is it?" he responded as he leaned on his desk, she stood by the door as she glanced at her boss. She was one of the few woman that liked him and tried to get his attention. But, he was so busy in his work that he didn't realize it really. "I was wondering if you wanted go out for something to eat, i noticed that you hardly eat.. sir." she said, Emmanuel sighed as his eye went from her to the clock on the wall. "I think... i will past for the moment Hannah." he said as he looked back over at her she looked disappointed but she nodded as held back on what she wanted to say. "Well i am sorry that i bother you, Mr. Johnson." she said as she turned away and walked out the room. She closed the door behind herself, Emmanuel sighed once again as he relaxed once again leaning back in his chair. "Sorry, Chessy... anyway, yeahh.. i think i am gonna be here for a while. But you dont have to come." he said.