Mod
WindClan Swift and Loyal
Clan Character: Fiercely loyal, tough, fast-running, and easily offended cats. They are nervous and quick to flee, due to the lack of cover on the open moor.  Prey: Mainly rabbits
Hunting Skills: Fast, lean, and swift. Their short, smooth pelts of browns and grays blend in with the rocks and grasses.


Please use this template for your characters! ((Note that important positions must be requested!))
Items in italics are optional.

Mod
Name: Rainwhisker
Gender: tom
Age: 90 moons
Rank: elder
Appearance:
Rainwhisker is a gray cat with darker gray spotting that makes it look like he got rained on a bit - thus his prefix. His whiskers are a bit longer and more pronounced than average, which earned him the rest of his name. He has white socks and a bit more white on his belly. The fur around his muzzle is going white with age. He has bright green eyes, with the slightest tinge of cloudiness in them - an early sign of the cataracts that will eventually blind him. 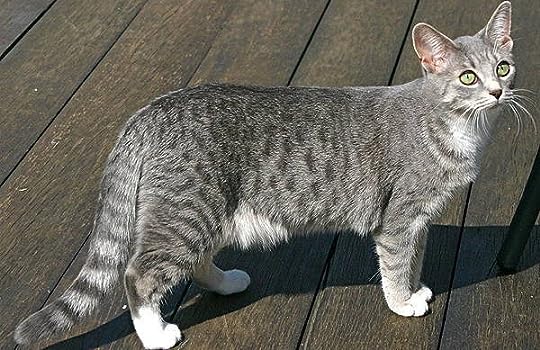 Personality: Rainwhisker is a bit of a grump now that he's an elder. He hates having to depend on other cats for everything, and tends to be stubborn about what he wants and how he wants it done, and even who does it. Underneath his crust though, he is a caring cat, and is proud of his former apprentices. He keeps an eye on them when he can and watches their progress. He is very loyal and if required, will return to the battlefield in a flash.
Kin: Parents deceased, brother and 2 sisters deceased. Parents and brother killed in battle, one sister died kitting (along with her kits) and the other sister died of sickness.
(view spoiler)[5 kits, 2 deceased, 3 MIA. No one knows they are his but him and their mother. (hide spoiler)]
Crush/Mate: none
Kits: none alive
History: Rainwhisker had an average life growing up in the Clan. He was an easy kit to raise, apprentice to train. He got a slight fever once when he was a kit, but other than that, was pretty healthy his whole life. As a warrior, he trained many apprentices and saw many battles. He had a mate, though no cat ever knew he was the father. The mother didn't want to reveal he was the father, and of the 5 kits born to her, 2 died the same night and the other 3 were lost in a freak storm. No cat knows whether they lived or died, and if they lived, where they had gone. He showed wisdom many times when dealing with the other Clans and was able to help his leader and deputy make peace whenever they could. Once, the current leader had thought to make him deputy when he became leader, but Rainwhisker had to turn down the honor due to him starting to lose his hearing. He had to retire early as his hearing went and he couldn't adapt fast enough. His eyes have started to go too, and if he lives a while longer, he will have lost his eyesight altogether.
Other: n/a

Mod
Name: Skydust
Gender: tom
Age: 25 moons
Rank: warrior
Appearance: Skydust is a grayish silver tabby tom cat. His tabby markings fade into the background color on his body, but can be viewed on his legs and face. He has little white sock markings on each of his paws and a splash of white on his chest. His eyes are a remarkable sky blue color. 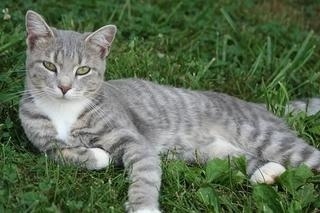 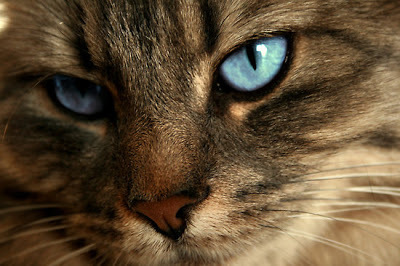 Personality: Skydust is a generally mellow and easy going cat. He can, however, be very stubborn and independent. He is also very protective of his sister. When it comes to his sister, it's almost like he's a different cat entirely. He is anything but easygoing, and can be overbearing.
Kin:
Mother~ Raintail~ 43 moons~ OPEN
Father~ Littlecloud~ 51 moons~ OPEN
Sister~ Ripplefur~ 25 moons~ (not open)
Brother~ Rowanpaw~ second litter~ 9 moons~ OPEN
Crush/Mate: none, but open
Kits: none yet
History: Skydust was a generally easy kit to raise. When he was born, his parents waited a bit before naming him. When his eyes opened, his parents were struck by how blue his eyes were. Curled up, with only his light blue eyes showing amidst his silvery gray fluff, he looked just like a piece of sky, so they named him Skykit. Skykit loved playing with his sister, Ripplekit, and they were both very excited when they became apprentices. He had a couple minor injuries, and spent a lot of time cleaning out the elders den, but he was a fast learner and was made a warrior on time. He still feels a little bad about it though, since his sister got left behind due to her bout with greencough. Because of that moon she spent in the medicine den, he has become very protective of her and their younger siblings. Overall, however, Skydust is a happy, loyal cat.
Other: n/a 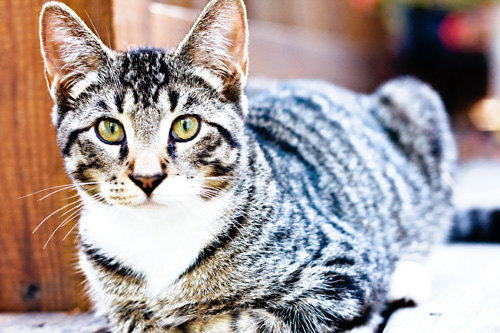 Personality: Ripplefur is a happy and loyal Clancat. She is fierce in battle. She is also fun to be around, especially for her younger brother, Rowanpaw, since she knows Skydust is too much like a protective father to both of them.
Kin: Kin:
Mother~ Raintail~ 43 moons~ OPEN
Father~ Littlecloud~ 51 moons~ OPEN
Brother~ Skydust~ 25 moons~ (not open)
Brother~ Rowanpaw~ second litter~ 9 moons~ OPEN
Crush/Mate: none, but open
Kits: none yet
History: When Ripplekit was born, her markings and the odd wave patterns of her fur inspired her name. She and Skykit were typical playful kits, bringing a life to the otherwise dull nursery. Just before they became apprentices, Ripplekit's eagerness and energy were brought down by greencough. Because of her sickness, she became an apprentice a full moon later than her brother. Both siblings were disappointed, but Ripplepaw didn't let it get her down, even when her brother become overprotective of her. She would sneak off without him many times, and pleaded with her mentor to meet her somewhere in the territory so they could conduct her training without him breathing down their necks. Since they had to avoid Skypaw so much, it was hard for her to catch up to him and despite her hard work, she became a warrior a moon later than he did. She didn't hold it against him, however, and refused to let him mentor their younger brother, Rowanpaw. She thinks Skydust would make an excellent mentor, just not to his own sibling.
Other:
It's up to whoever adopts Rowanpaw to finish the story of who she insisted become his mentor. Did she request to be his mentor herself, or did she simply ask the leader to choose any cat other than Skydust?