Hi! The first seven episodes of Queen of America will be free on Amazon this weekend.

QoA is a Viking fantasy mini series made for your daily commute in bite-sized episodes! 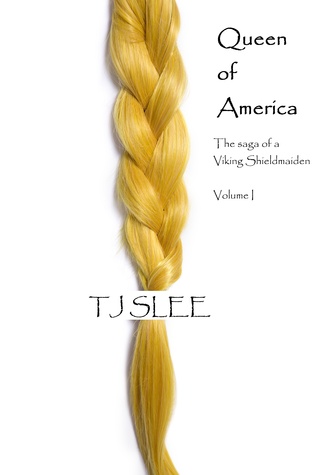 Freya Eriksdottir was born into Viking nobility but wanted something different. Awkwardly tall, with striking white hair and piercing eyes, she knew the men and boys who sat at her Father's table were not there to woo her, but to win her Father's lands.

So when her hapless brother returned from a failed attempt to find the mysterious continent far to the west of Greenland known only as Vinland, she began making her plans. She trained with the Viking warriors, she bargained with the merchants, she sold to the settlers her vision of a new life, a new land of unfathomable riches. And shortly after her 17th birthday she had her father's assent and two strong ships, ready to sail.

But she hadn't reckoned on her brother's jealousy, nor the dark prophecies of the old witch, Gudrid.

Mod
It won't show as free until tonight here in Australia TJ... It's still the 22nd in the US :)