20 views
Fun & Games > On This Day in Literary History

Born and Died this month in history: Ernest [Miller] Hemingway, American novelist and short-story writer, July 21, 1899 - July 2, 1961: Hemingway was born in Oak Park, Illinois; his father, a doctor, took him on hunting and fishing trips in Michigan, the setting of Hemingway's first short stories. In World War I, he served first as an ambulance driver in Italy, then was seriously wounded while serving with the Italian army. In the early 1920s, he worked in Europe as a newspaper correspondent for the Toronto Star, where he met Gertrude Stein and Ezra Pound in Paris; this time is chronicled in his memoir, A Moveable Feast (1964). Married four times, Hemingway ended his own life with a shotgun in Ketchum, Idaho. Hemingway's first novel was The Torrents of Spring (1924), followed by The Sun Also Rises (1926), and two non-fiction works, Death in the Afternoon (1932) and The Green Hills of Africa (1935). During the Spanish Civil War, Hemingway again worked as a news correspondent and from that experience wrote the play The Fifth Column (1938) and the novel For Whom the Bell Tolls (1940). He then lived in Key West, Florida, and finally settled in Cuba from 1939 to 1960, writing Across the River and Into the Trees (1950) and The Old Man and the Sea (1953), which won the 1953 Pulitzer prize; he also won the 1954 Nobel prize for literature. The novel Islands in the Stream (1970) was published after his death.

Mod
Thanks Julie for the info about Hemingway! Way to help a co-mod out lol.

Mod
Have you found a good site for daily literary info? I found On This Day... in a Google search and found a literary section on that site. Then my computer gave me grief. Where did you get your info?

Allison wrote: "Have you found a good site for daily literary info? I found On This Day... in a Google search and found a literary section on that site. Then my computer gave me grief. Where did you get your info?"

Not any great hits on my searches so far. This was the best I came across, but not giving up! LOL

This is the most thorough one I've found. There's a lot to sift through, though.

July 25, 1897, Jack London sails for the Klondike to participate in the gold rush. He will begin writing his successful stories while there like "Call of the Wild".

On February 6th, 1939, Raymond Chandler's The Big Sleep was published.

Raymond Chandler was fifty-one, an ex-oil company executive who had taken up writing at the age of forty-five after being fired for alcohol-inspired absenteeism. This was his first novel, and the first of seven featuring the ever-inimitable and much-copied Philip Marlowe. 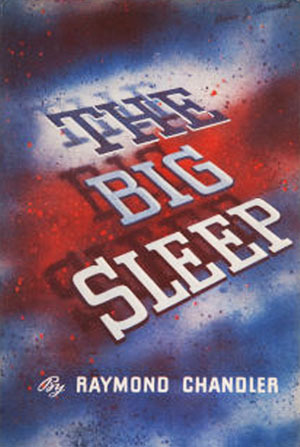 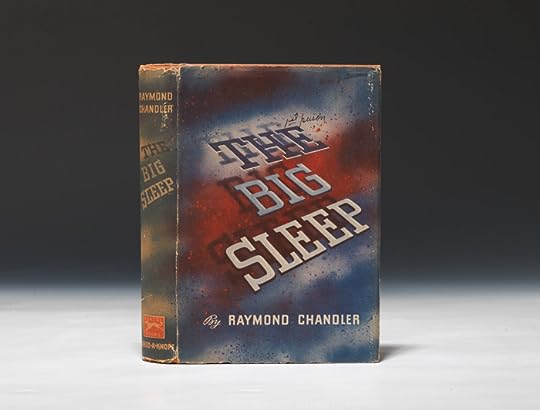 On this day in 1842, New York City held a ball called the Boz Ball, to celebrate Charles Dickens, and his 5 month tour in America. Only the aristocracy was invited to the event, and it soon became a sold out event. Tickets were $10, which in today's money, would be about $252. I'd say that's a pretty good price to rub elbows with the aristocracy, and Charles Dickens himself!

According to a write up in Spirit of the Times, about 2,800 people attended, all wearing their finest silks, laces, satin's, and jewels, that "a million dollars could not buy". It's said that dinner alone costed $3,000 (almost $76,000 in today's money), and that the ball lasted well into the next morning. People said Charles Dickens looked pale and thunderstruck, and that his wife seemed "overpowered" by the reception, but nevertheless enjoyed it. Such is the life of one of the greatest authors who've ever lived, I suppose!

The Big Sleep (other topics)