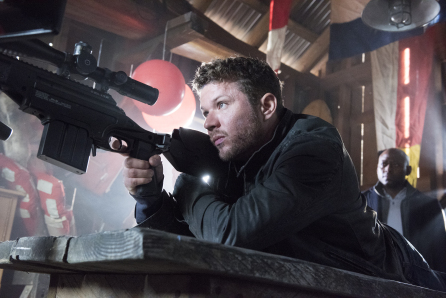 The series "Shooter " is based on Stephen Hunter’s 2003 novel Point of Impact. It stars Ryan Phillippe as Bob Lee Swagger, an expert marksman living in exile, who is coaxed back into action after learning of a plot to kill the president.

The TV series centers on a U.S. veteran and American hero who is wrongly accused of a crime and is trying to clear his name and return to his family

USA Network has partnered with veterans groups and is “Got Your 6” certified as a program that portrays veterans both accurately and sensitively.

There are 9 books in the series titled Bob Lee Swagger.

Mod
The network has placed this series on hold due to the shootings we've had this summer. The series will air in the fall.