hiii again xD - so do you have a preference towards which plot we do?
Like usually I'm in a mix, but I'm sort of leaning towards the second one with Muse A. B. C and D
- maybe we could do a MxF and a MxM?

Sure. The second plot with one mxm and an mxf sounds good to me.

plot two
It’s moving day for Muse A and Muse B, best friends since primary school who’ve finally saved up enough to rent their own apartment in a nice part of the city. Fully embracing their independence, the excited pair decide to move their stuff without the assistance of a professional moving company. The roomies’ plans go awry when their couch gets lodged in the apartment doorway, blocking entrance into their box-cluttered place and access to the other side of the hall. Muse A and Muse B try every trick up their sleeve to get the couch to budge, but they’re not successful. Muse C and Muse D, renters on the other side of the hall, encounter their struggling neighbors at the top of the steps (and the hunk of furniture obstructing their path). Muse C and Muse D offer assistance and eventually manage to get the couch into the apartment.

Grateful, Muse A and Muse B invite their friendly neighbors over. Muse A and Muse C are flirtatious from the get-go, while Muse B and Muse D can’t help but roll their eyes at their respective roommates. Muse A and Muse C rush into a fling based on their physical attraction to one another, but they end up having terrible chemistry once the deed is done. It’s very awkward and sometimes even tense between them when they bump into the other in the hall. Muse B and Muse D, however, develop a genuine liking for one another that seems like it might turn into something more over time. In the meantime, they take great pleasure in forcing their discordant roommates together every chance they get.

Maybe Muse A and C are the MxF because then I could also see maybe issues of pregnancy or something else that keep the two involved in each other's lives? Or some other condition or issue XD

Okay. That sounds good. So which two muses would you like to be?

Hmm I don't mind. Maybe Muse B and Muse C

Okay.
For the mxf, would you like the girl or guy?

I don't have a preference

Okay. Would you be alright if I played the girl then?

Yeah- works for me!!
Should we start on characters. Also how old should they be? I'm thinking like early twenties? Maybe Muse A and B just moved out of their hometown and into the city so they could be like 18-19+ ?

Okay. Those ages sound good to me.
Do you usually do simple character sheets or detailed ones?

Generally for 1x1s I just do the basics, like :
Name, Age, Birthday, Sexuality, and then appearance. Sometimes I do bullet for like personality traits but that's rare

Okay. I'll work on my characters then. Could you post yours first?

Yeah I might fall asleep soon but I'll try to get them up in like the next ten minutes or so! If not just know I fell asleep XD 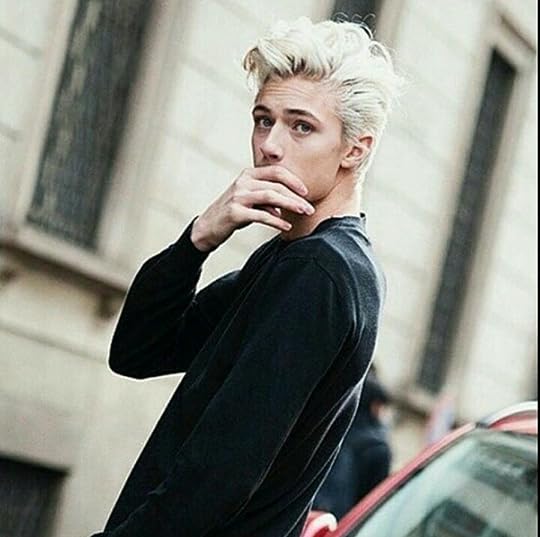 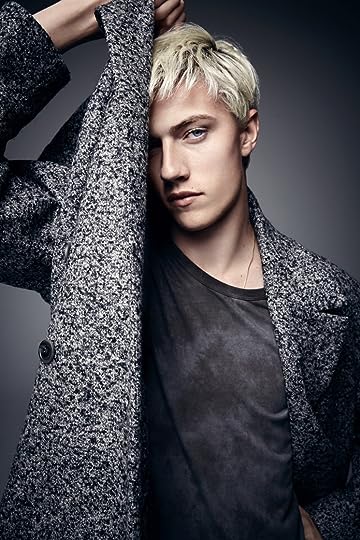 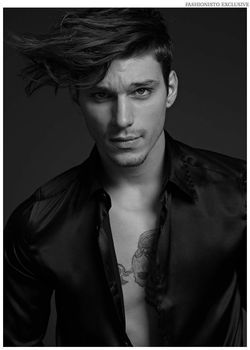 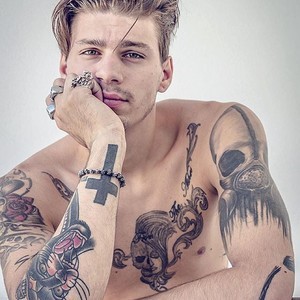 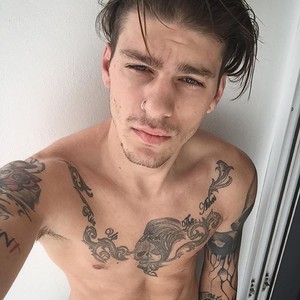 
I really like your characters! I'll probably add more to mine later when I'm on my laptop..

Sure!! I'm going to sleep now but I can start us off tomorrow

Kier was excited to finally be moved out of his parents house and into the city. Sure he was still young, but the new found freedom and the new location was indeed exhilarating. Not only that but he was moving in with his best friend. At first his parents had teased him relentlessly, saying he shouldn't be setting up house so soon with his high school sweetheart. He'd managed to just laugh it off. The two obviously didn't know he was gay, and for some reason he found it difficult to tell them, especially when the two had done their best to fit him into the mold of a stereotypical teenage boy. Signing him up for little league football and other "manly" things. Of course when he hit high school and it didn't seem like was going to get all that much bigger they gave up their dream of him being the star quarterback. Nevertheless if Kier was to hit the gym every now and again maybe they wouldn't be in this situation. Or maybe if he and Emma had planned a bit ahead their couch wouldn't practically be lodged into the door. No, not practically lodged. Rather it was completely and undeniably stuck in the doorway. Still he pushed relentlessly before letting go with a sigh. "Doesn't look like it's going to budge." Kier said before shaking his head and punching the end of the couch.

Dakota woke up early to go to the gym as usual. The apartment complex in of itself had it's own little gym, but it really did nothing for him. Brushing his fingers through his hair he shrugged on a black shirt as well as a pair of jogger pants before heading out towards the kitchen. "Let's go man, best to be bright and early to the gym before it gets crowded." He called out to his roommate before grabbing the smoothie that he had already made. Collecting a few essential items he threw them all into his gym bag before. "I'll be downstairs." Heading out he turned down the hall before stopping in his tracks. "What the hell?" Dakota continued forward to where the couch before leaning over the edge and seeing two people standing in the middle of the flight of stairs. "Need some help down there?" He asked with one of his vibrant smiles as he tried to contain a laugh.

Emma growled in frustration at the couch, looking at Kier from where she Stood. "Well, oops. Guess we didn't think this through enough." She said with a shrug. Emma had been planning on moving out of her parents house as soon as she could and who better to move in with than her best friend. Her parents at first thought that they were dating and were against them living together until Emma explained that Kier was gay and they were just friends.

"Hang on! I'm coming." Josh shouted to his roommate. He was already changed into a pair of basketball shorts and a t shirt. He just had to take out his lip piercings and gauges, not wanting them to bother him while working out with Dakota. He grabbed his gym bag and followed Dakota outside, closing the door behind him. He heard Dakota and tilted his head as he walked over. Josh smiled, seeing their predicament.

(I'm not the best at being detailed yet. So let me know if my replies get to be too short..))