Special Something: A Roleplay discussion

Wait for approval before you go crazy. 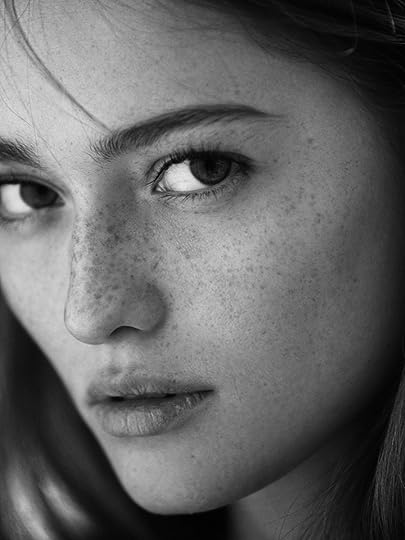 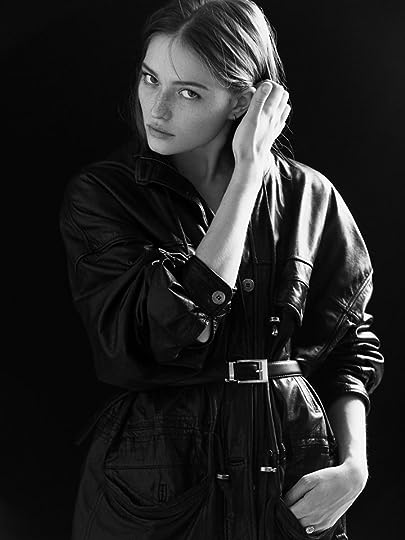 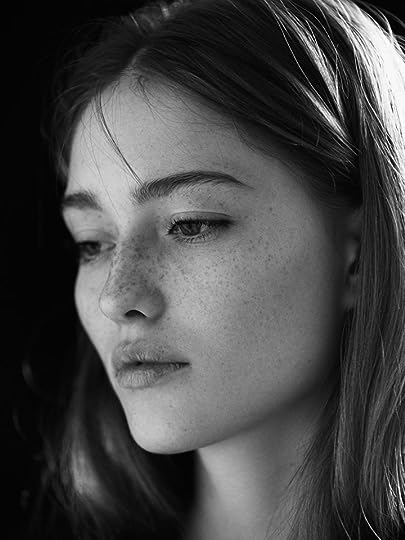 Vika feels as if her brain is eating at her heart, triggering the inevitable indigestion━ painful and messy and acidic. Each time, her mind registers the danger, tells her to stop for good this time, think of who you've played, who you've lost, who you've loved. And each time, her heart is upchucked in pieces with her fingertips ashen, hair tangled, brain heaving. The others whisper that she is addicted to fumes of spray paint, to the snap of matches scraping against strikers, to driving so fast there is nothing but wind and haze and adrenaline. But it goes back further. Vika is an addict not to the feeling but the living, recklessness bursting from her heartstrings, tangled within her compassion, sewn into her judgment.

You fear her, the girl with the feline gaze, the ready sinew and split knuckles. You were once warned to stay away from girls like her━ knotted with furious apathy, hands made for chaos, feet clad for war. Vika screams contradictions: indifferent to the world but bursting with sympathy for those trapped in it, brutally authentic but unafraid to lie, thinking too much but also not at all. They say she is so smooth that she'll slip out of your hands before you can blink, that on the offchance that you try and hold on, she's not afraid to bite. Most just let her be, watching her leave with her black belts and pathetic 1998 Honda Odyssey.

A girl who never had the luxury of having any fucks to give in the first place, it's a shame that Vika has a habit of reaching for things she can't afford. Woe to Alina Zinchenko, the daughter who despised her hand-me-down name so much she decided to defeat it, the girl who fails miserably at hiding how much she cares. Her pack is her life━ she will drive down to the depths of hell for them against her brain's vehement objections. Like always, it is overwhelmed, throwing up with uncontrollable heart.

All of the Deliquents™ are seen as bad kids, all because mommy and daddy don't make enough to keep them swimming in money. Well, you know what? Marc doesn't care. He's a good kid, even if he lives on the bad side of town! We're talking about Marc Sousa, straight outta Brazil! Now over there, things were rough, so his family moved to America "for a better life" and all that. And you know what, life is better over here, even if he lives in the crappy part of town. He gets to work with his dad in their garage and work on cars all the time and he has this cool group of friends to hang out with at school, so life is actually awesome.

Anyways, Marc, as he prefers to be called, is something of a magician or deity in his friend circle. See, Marc can do anything. Literally anything. And don't try telling him otherwise, because he will always find a way. He's too charismatic, too intelligent, too creative to not find a way. There's always a little loophole, always a key, and always the right word. Honestly, Marc could probably be the President. By accident, of course, he has no actual intentions to rule the country. But he would do it for thirty seconds just to prove a point. People never believe him when he say's he could do anything!

So you're probably wondering, was Marc at that party? And this answer is yes. Well, sort of. He was there for a good portion of it before he left to go babysit his younger brother while his parents went out. And honestly, he's glad he went. With his luck, he would've hurt himself, just like his peers did. Man, did you see the car? The poor baby, it was a mess. Marc just wanted to pull it into the Garage and take care of the poor thing.

Listen, my friend. When your last name is de Cock, you've gotta have a sense of humor to survive. And you know? Matt rolls with it. You wanna make the dick jokes? Sure! He's been over it for a long time, and he's old enough to laugh at how funny it actually is. Besides that, he's always been the type to laugh with people rather than at them. Because laughing at people? Well... that's kind of shitty, you know.

Because look — Matt's always had to look out for his family, okay? His dad walked out after they realized Matt's little brother had special needs and his mom works as hard as she can, but... there's only so much she can do. Which is why Matt works as a cashier at In-N-Out. Because hey, fast food isn't the best job, but at least they give good benefits. And it's not like he has many other options.

You see, Matt is probably the least talented person in the world. Things that click for other people just don't for him. He can't memorize facts for a history test or know how or when to use mathematic formulas. He's not stupid, he's just... painfully average. Which is really hard, when it seems like everyone else has their something that they're good at. Matt? He can make puns.

Eli gets judged a lot, and most of the time, it's rightfully so. When people look at him, they tend to see the absolute worst of what he has to offer: he's always late to class, he hardly ever does his homework (and when he does, most just assume he copied it off some STEM kid anyways), and that resting bitch face? Not exactly what you would call welcoming.

Truth is, though, despite looking like the guy your parents pray you never bring home for dinner, Eli isn't a bad guy. Does he do some questionable things? Yes. Does he look like the arch nemesis of your average golden-boy? One hundred percent. Is he actually though? Not really.

Past the stereotypes, there's just Eli: a guy who never had a lot in life and who just wants to make the most of his life while he's still young. He can't do advanced calculus, but he can show you how to sneak into school at night, no problem. He's not clean cut and filthy rich, but he knows how to love what he has. And maybe he's not the guy your parents want you to bring to dinner, but, to be honest, he should be.

Special Something: A Roleplay