So, you want to do a high school romance with comedy and drama, correct? I just want to clear.

Yes, but I was wondering have you ever watched Girl Meets World?

No, sorry, I haven't. I don't think I've ever watched Boy Meets World either. Charmed, Harry Potter, Buffy the Vampire Slayer, and SVU were my childhood which possibly explains my love for all things fantasy and law related.

Have you watched Criminal Minds or NCIS?

Because Law and Order: SVU and those above were my childhood.

I adore Criminal Minds. I've watched NCIS some, but that show is more my mother's favorite show. I like it, though.

You have got to be my long lost sister, I swear to god me and you are the same!

Anyways, do you want to maybe do an Criminal Minds Roleplay instead of a high school romance thing?

That sounds like a cool idea. But I should warn you I decided to binge watch the entire series recently because it's been a while and I forgot some things about the show. I'm currently on the third season, but I do remember some of the more major plot points.

I have to get off, though. My phone is almost dead and it's almost midnight.

Cool, is it okay if I play the female role in this RP?

Alright, is it okay if I have my character fall for a canon character from the show?

Can I have her fall for Dr. Spencer Reid?

I don't see why not. Do you want me to play him or can I play an original?

Can you play him? It would be much more easier for me ^_^

Sure, but like I said it's midnight and I should to sleep soon. I'll be on tomorrow.

Oh, wait, I need to ask. What season are we starting with? Is it before or after the kidnapping and eventual drug addiction?

I think it should be during the kidnapping and eventual drug addiction, and I swear we think alike

So, just to be clear, I will be playing Reid during the kidnapping with Tobias. Or will it be shortly after? Sorry for all the questions. I just want to be sure.

During and after you'll be playing Reid 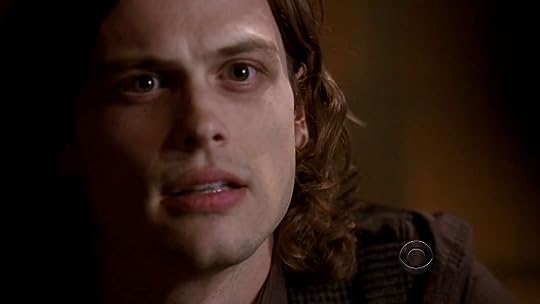 I'm not sure if they said what his age was during season 2.

ill have mine up tomorrow

Take your time. No rush here.

Gender: Female
Age: pretty sure Reid is thirty or twenty eight-twenty nine, so Dee will be 27 years old
Date of Birth: June 21st
Time of Birth: 2:30 am
Place of Birth: Dublin, Ireland

History: Will be RPD later, but she just joined the team a few months before the whole kidnapping thing.

I'm not sure I'll be able to roleplay him because I've never wrote a character with his personality before. >_> *sigh I'm just a bit nervous about butchering one of my favorite characters. For some reason I have trouble writing Spencer or any Criminal Minds characters--which I just found out--probably because their characters are special to me.

I'm sorry. I really feel like crap for not being able to play them. It's honestly a surprise to me.

I'm willing to roleplay anything else though. :-)

It's fine an all, and I don't know whatelse to Roleplay

I don't know. :-( I feel bad because you took the time to create a character but I can't even roleplay a character I practically grew up on.

I know how you feel