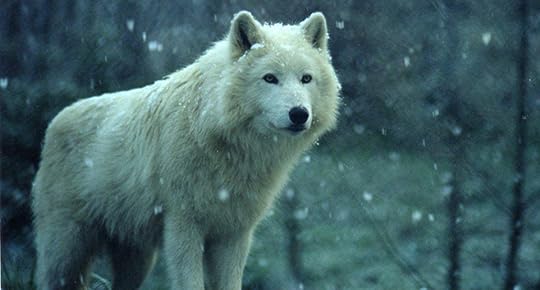 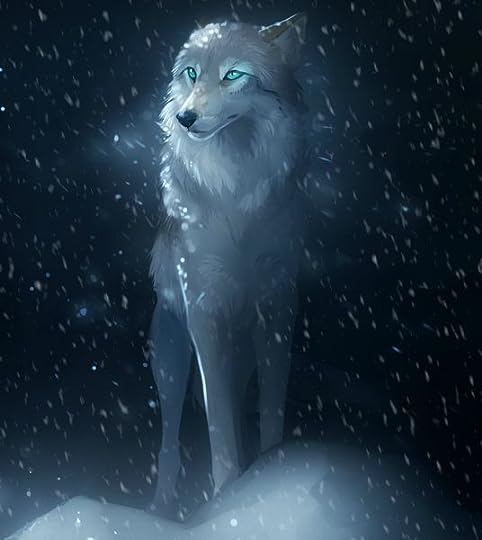 Powers: Control over the cold IE snow and frost

History: When she was just a puppy, she lost her mother. Her mother saved her from angry humans that wanted to hunt her down. Her mother was a strong wolf, the alpha female of the pack. She would do anything to protect her loved ones. But she ended up getting captured and killed. As Moon grew up, she became determined and strong, full of passion and leadership. When she was in her teen years, the considerate pack went on a quest to find her lost mother, thinking she was still alive, not knowing where she was for all of the years. Though the pack she was in had an awful cruel alpha, named Scar. He said to the pack on they're first search for Moon's mother, that if they did look for her, or leave the pack, he would badly injure them or possibly, if angered enough, kill them. Moon wasn't afraid. She didn't give up. One day, while trying to escape, she bumped into Scar with the whole pack with her! "WHO'S FAULT IS THIS," he boomed. Moon admitted it was her. While fighting Scar, she thought she would win. But she ended up with a broken leg. Her face was badly scratched up. Scar had a broken foot. Nobody was happy about this. 2 years later, being tired of being tortured by the fowl alpha, the pack, all together, faught to escape. When they managed to break free, they searched everywhere for Moon's long gone mother. Far out, they found her. Trapped. It was a rumor! Luckilly, she was still alive. The humans kept her, knowing she was strong, to help them throughout life. But she wasn't happy there, so un-free. Seemed like seconds later, the humans came back, with fire a torches, knives and wips, in attack mode, almost like they knew the tribe would be there. Scar stepped out of the crowd, with his big red eyes, smiling. "I told you something bad would happen if you left me," he announced to Moon and the rest. Her mother was in a cage, terrified for her daughter. She howled, trying to push her way out, but the bars would not break. The pack tried to free her, but it was no use. They ran away, like cowards. Moon got ready to attack, alone. Knowing she would face horrible humans, and fierce, threatening Scar. But she fought. She was stronger than ever. She didn't give up. All of the humans ran away, terrified, and Scar backed down, angered, with no help on his side around him. The pack came back, chasing Scar away, knowing the humans were gone. Moon froze the bars and broke them, the beginning of the development of her powers and Moon's mother was set free. For Moon's courage and bravery, she was crowned ALPHA FEMALE. She was only alpha for a little while before passing it to the beta in the pack and leaving. As she traveled she practiced her power until she came across the snow tribe. She told them her story and the leader in need of a new deputy, appointed her as deputy. Not long after the leader passed away from an illness and she took his spot.

Night, for future reference, how detailed do we want character sheets?

Depends on age I would say. Pups and kits can be a bit shorter but usually for something like a Learner or element animal a short paragraph of say about 6 sentences should work. Leaders should be a bit longer than that and I would say Spirit Animals should be at least 2 paragraphs.