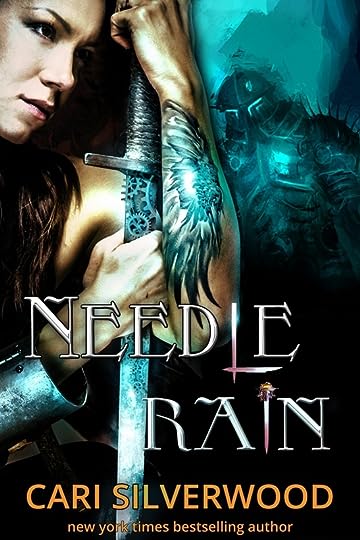 So I hope I can find some reviewers to help launch this book. It released on July 6th.
Leave your email...or not.
Okay you might want to read that Blackhat scammers thread in this group written by Anna. It might be best just to pm me to give your email, after adding a comment here that you want to review. I will also try to pm you if I see it. Email addresses can be harvested by bad people.
Do please leave your preferred format below in comments too.

10 copies available. Reviews are due by 22/7/16, though I will understand if it takes a little longer. Please post to amazon also if you can.
EPUB, MOBI, or PDF formats available.

Blurb:
To redeem themselves, they must go their separate journeys, wrestle with their fates, and together kill a man who has waited a hundred years to live again.

HELOISE: A girl barely into womanhood, she learns the violent trade of the debt collector as one of her uncle’s Soldiers of Money. When her first command leads to the death of her comrades and an innocent, she is devastated. Though grieving, she is forced to touch the world of ghosts and one of them wants her soul.

SAMOS: Destined to be a feared Immolator warrior, when faced with a choice that will lose him his wife-to-be, he instead chooses to become a traitor.

THOM: A needle master addicted to the séance drug, Somm. The drug is his weakness and the stone around his neck. Through Somm, he loses everyone he ever cared for.

Samos, Heloise, and Thom: The road to their future will be paved with the bones of people these three will wrong.

Expect swords, guns, magic, and paranormal elements, as well as a background romance.
Though this book contains no gratuitously violent scenes of knitting or cooking, some people die in various excruciating ways.

Reviewers:
1. Ramona - done and thanks :)
2. Kira
3. Cassandra
4. Louise
5. David - whose comment has vanished, so I'm unsure what's up there. According to the mods in the group, he's deleted his whole profile.
6 Koolaid

I would like to review this book. Please send a mobi file to ramona_p@hotmail.com.
Thanks,
Ramona

Sure. I'll send it now. Just have to get my pc going.

I'd be interested in reading this, mobi format. Please send to:
songofraen (at) gmail(dot) com Thank you.

Thanks, Kira. I just sent you a copy.

I would love to read and review your book. ePub format to cassiej2392@gmail.com please.

Thanks, Cassandra. Just sent it to you.

I would be interested mobi or ePub to louise.j1975@gmail.com

I'll send you a copy now, Louise. Thanks!

Thanks, David. I just sent it.

I would like to give it a try Koolaid53.abt@gmail.com

Either ePub or Mobi will do.

Though I did say a little later was fine, since it was very recently my birthday, I had hoped for one review by now. :)
Has no one completed one?

Thank you for sharing your book with Lovers of Paranormal!

I should've added that Ramona has reviewed. Thank you.
https://www.goodreads.com/review/show...