What topic/genre should we do?

Maybe it's easier to ask if there is anything you don't enjoy, or that we should avoid?

Cool, then let's do a paranormal romance. Do you want to do vampires, werewolves, witches, or some other kind?

I'm not really a vampire person. I can can do rp with vampires on as long as I don't have to be one

Alright let's do that then, FxM?

ok which do you want to be?

hmm, I typically like adding characters in later as needed. Let's start with just one main couple at first 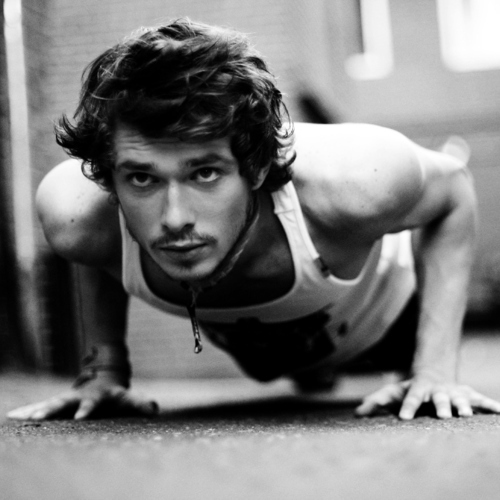 Name: Ember Derlins
Age: 21
Persobality: she is not afraid to fight. She can be chill when you get to know her but she always do what's right for her pack
Pack name: The Blue Moon
Appearance: http://www.angryboar.com/wp-content/u...
https://s-media-cache-ak0.pinimg.com/...

Where should it take place?

Should they be like they all their time in the forest or that they also go among humans?

Max sat on the park bench, watching as dusk rolled in and families left for home. Behind him were the woods, the place he should think of as home. But it was during these solitary moments that he felt gnawing tug of the vestiges from the life he once knew

Max watched from a slight distance as a woman disappeared into the woods. A sharp wind blew, carrying her scent to him. The perfume she wore was sweet, but beneath it was the unmistakable scent of wolf

He stood up and stretched as the sun began to sink below the trees. guess I better start doing my job he thought as he walked into the forest, following the woman's scent

As she took in the sent of the forest she closed her eyes and focused on her powers as she turned into a wolf. She looked around before she started to run as fast as she could mostly to feel the air in her fur and just be free

Max could smell her scent getting farther away, quickly. He changed into his wolf form and took off after it, tailing her from a distance. He took care to stay downwind, so as to keep her unaware of him

Ember ran as fast as she could. The best thing with being a wolf was to feel free. As she was running she ran to one of her favortie spots in the forest. The lake. As she got there she stopped and just rested before she has to get back to her pack. She was completly unaware about someone following her thanks to all the other smells around her

Max slowly crept closer as he got near the lake. Her scent was becoming stronger so he figured she must have stopped. For a moment he only peered at her through the trees. She must have been the strange wolf visiting this lake recently. The lake was the boarders of the ShadowBane's territory. It didn't sit well with Max's alpha that some wolf had been continuously encroaching on them. It was Max's job to find out who it was and make sure that they got the message to stay away.

As Ember was just relaxing she could hear the aplha from The Blue Moon calling everyone to the pack. she let out a sigh before she got up and ran away to meet up with her pack. She sometimes wished she could just have a day free ad just be a wolf and not worring about anything that had with packs to do. But she knew the day would never happen

Max watched her leave, his ears focused on the call she followed. His orders were to observe, not to antagonize. He figured that it would be better to bring this information back to his pack and have the alpha decide what to do with it.

As Ember got to her pack she went to see what the alpha wanted. She was pretty much sure he would send them oput for some kind of hunting task or something like always. She waited for something intresting to happen in the pack. There weren´t much that was going on. Nothing more then colecting food. It had ben so boring that others have started to make a competion out of it

Max heard the call of his alpha and quickly ran to the clearing where they normally met. He was one of the last wolves to enter the clearing.

Ember listen to the alpha talking. It mostly sounded like blah blah blah in her ears. Bit when he started to talk some about letting his son take over she accally started to pay some attention to what he said

As Garett, the alpha called the meeting to order everyone settled and listened. "There have been increasing signs of other wolves encroaching on our territory. Max, any reports?" He asked as the attention of the whole pack turned to him. Max nodded, "Yes, I noticed one by the lake, from the Blue Moon pack." he reported. Garett growled softly at that but simply nodded. "Thank you. Keep an eye on the lake. In fact everyone, keep eyes on the perimeters. If we show leniency then they'll start think we aren't willing to defend our borders." As it seemed everyone understood he finished the meeting and everyone started to leave

When the meeting was done ember got up and ran away. She was free and it felt good. Shw could run and feel the air against her fur again. She decided to go and do some hunting for herself and stopped running as she was looking for something to eat. She mostly hoped she would found a bunny that she could kill or something. If she found a deer or some big animal then she had to bring it back to her pack and it was something she didn't want to do at the moment

After the meeting, Garett walked over to Max. He bowed his head in deference to the alpha. " Max, I want you to hang around the lake, let everyone know who this area belongs to." Max nodded and left back to the lake. He didn't mind it so much, it was a peaceful area. Coming to a pause by the water he stared down at his reflection

As ember was walking she saw the lake. She looked at it and could smell another wold there. She wanted she moved a little on her head and managed to see a wolf there. She didn't know why the wolf was sitting there or what was going on. Tho she had to decide between continue hunting or to look at the other wolf

He smelled her as soon as she had neared the lake. His eyes scanned the woods searching for her. As he walked in the direction of her scent his eyes eventually landed on her darkened figure within the trees. He raised his tail, trying to signal that he wasn't hostile.

Ember tried to stay as hiden as possible. She didn't feel for fighting even if she wasn't scared to do so..she tried to think of a way to find out what was happening and to not start a fight