Defiant Loyalties by Elizabeth Wilde
This group is the first to see the new cover! 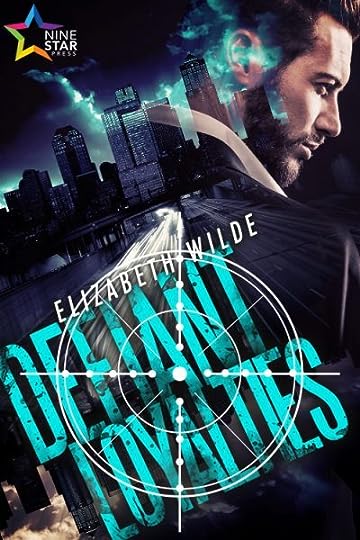 All Jack Preston has ever wanted is freedom: from his father’s oppressive political reign, from his mother’s dying memory, from his own guilt in the part he’s played to get George Preston to the top. When an assassination attempt is made on his father’s life, Jack is thrown into a dangerous game of lies and espionage, and as his whole world destabilizes, he finds himself turning to the most unlikely person for help.

Alex—the assassin who started it all; the man whose face haunts Jack’s dreams—becomes his only ally. As they come together to fight a bigger enemy, Jack’s attraction becomes a risk too large to take and too powerful not to. Will falling in love with a dangerous killer play right into his enemy’s hands? Or will Alex risk everything to protect the son of the man he was sent to murder? Loyalties will be tested and sacrifices made, but Jack will learn that some things are truly worth fighting for. 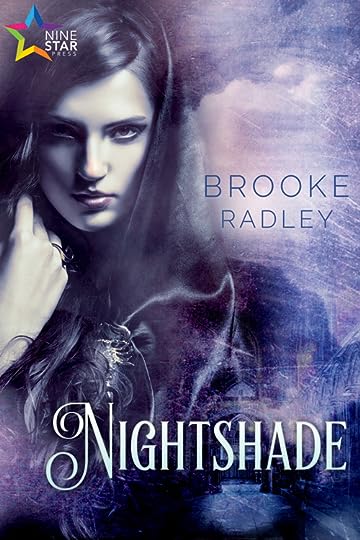 Eleanor Reed spent most of her life at the Darten Academy, trading her childhood for an education in magic. When the King’s Council comes to her with a mission, she jumps at the opportunity for adventure. The assignment is deceptively simple: infiltrate the Nightshade Brotherhood, the city’s infamous thieves’ guild, and confirm their responsibility for the recent emergence of a hallucinogenic drug.

Unfortunately for her, the Brotherhood hates mages. If they catch Eleanor, they’ll slit her throat and toss her in the ocean.

Hiding her identity proves to be an impossible task. Cassandra, a thief as beautiful as she is dangerous, sees Eleanor cast a spell during her trial for the Brotherhood. Rather than kill her, Cassandra offers her a position in the guild. Cassandra holds the key to success for Eleanor—but is she after something more?

Under Cassandra’s tutelage, Eleanor discovers that the Brotherhood isn’t quite what it seems to be, and the ever-growing drug problem is more complicated than originally anticipated. Whoever is at fault will stop at nothing to get what they want.

Things go from bad to worse when Eleanor realizes her growing passion for Cassandra. Will Eleanor be able to decide where her loyalties lie before it’s too late? 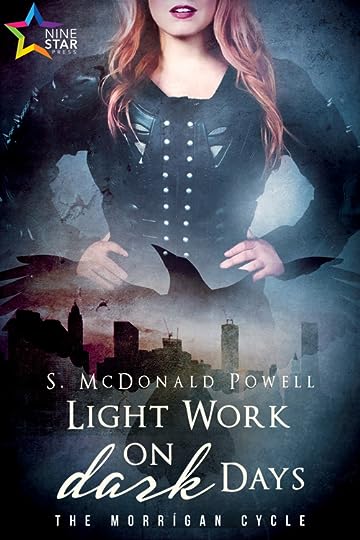 A malignant, predatory energy is gathering force in the world. Its chosen host, the global Elite, are its willing servants. A centuries-old war has raged between this evil and those brave enough to oppose it, but now the Elite are bringing the conflict to America. Old money brings old sins, introducing the wealthy of New York City to their aberrant tastes. Worst of all, it’s only a matter of time before they plan to unify their power and wealth to establish a One World government with which they will hold sway over the lives of all. And yet, they are not the only ones stalking the streets of New York…

Dr Eryn Wilde is no ordinary pathologist. As high priestess of the Morrígan, Eryn works to thwart the Elite with the aid of the magical order, Aes Sídhe—a light in the darkness and the antithesis to the Temple, the Elite’s cohort of dark magicians.

In the bleak of December, Eryn is called to the scene of a fatal car incident, only to find a trunk full of severed limbs. Much to Eryn’s chagrin, the beautiful and intelligent Homicide Detective Rebekah Luzzatto is tasked with working on the case. As events unfold that take them deeper into the world of politics, corporate greed, blackmail, and murder, it becomes increasingly difficult for Eryn to stay away from Rebekah, despite being afraid that she will meet the same end as her last lover.

Between the two of them, will they find a way to make their relationship work? Hopefully while preventing the Elite from opening the gates of hell and ushering in World War III?

Yay print releases!! And that cover for Defiant Loyalties is ace :O

Oh. My. Goodness. I LOVED Night Shade. It was the perfect YA fantasy read.