What do you get when a interstellar prince and a geeky-teen-turned-superhero decide to 'come of age' in corporate-controlled, corrupt 23rd Century London? This one has spies, skullduggery, terrorism, and a bad-dude named Taranis.

[*cut to spacesuit-clad Julie Andrews singing: "These are a few of my favorite things..."*] 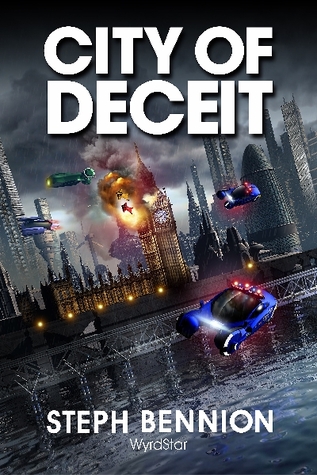 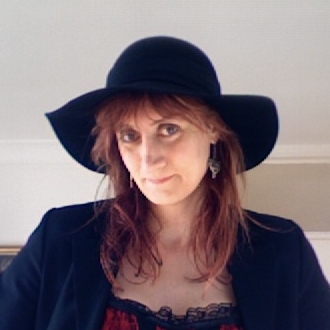 Raja Surya, young heir to the throne of the moon of Yuanshi, cannot stay out of trouble for long. Zotz Wak, intrepid boy inventor otherwise known as The Flying Fox, decides Earth is the place to become a man. Together they must battle the dystopian darkness of 23rd-century London: a city of deceit, under the thumb of corporations, its people barricaded behind flood walls, bewitched by the hypnotic holoverse and worse.

The United Nations is deciding the fate of Surya's world. The Que Qiao Corporation is using the threat of alien monsters to call for war. Ravana O'Brien, the heroine of their previous adventures, is stricken with a mystery illness and her hollow moon home has problems of its own. Surya never thought he would be in the captain's chair aboard the first ever interstellar battleship. Zotz never expected to find himself accused of being a spy and terrorist at the centre of political skulduggery in London. The far-flung worlds of the five systems would never be the same again. Taranis, the dark priest of destiny, has returned.

ARE YOU READING CITY OF DECEIT? Shout it out in the discussion thread below, find some Book Buddies to read along, and discuss your thoughts as you work your way through the book. Just remember to use the spoiler html please so you don't ruin the fun for somebody who isn't as far along.

For those of us who haven't read the first 2, the first book is on sale at Amazon kindle for $0.00!!

My daughter read the first two and really enjoyed them.

But I can find no paperback for Book 3...

Steph! When are you going to upload the paperback edition so I can buy it for my collection?

Sorry, there's no paperback for City Of Deceit as yet. The ebook can be downloaded for free from Smashwords using code BM62W...

EDIT: All three books work as 'stand-alones', by the way, though they are linked by an overall story arc.

Still want the paperback edition as we limit our kid's screen time to 1 hour per day (which includes the tablet, alas, since there's no way to program the darned thing so they can't websurf).

Anna wrote: "...we limit our kid's screen time to 1 hour per day (which includes the tablet, alas, since there's no way to program the darned thing so they an't websurf)."

I heartily approve. I'll be honest, this is the longest book I've written to date and after living with it for three years I needed a break before tackling all the fiddly stuff needed to prepare the paperback. But it will come in time (and I'll do a Goodreads give-away).