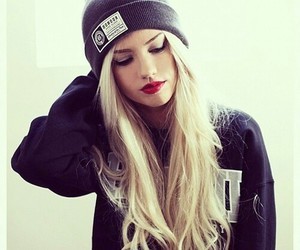 Favourite thing to say before she kills demons: "Picture me naked" - She believes everyone must have something good to think before they die.


● Pᴇʀsᴏɴᴀʟɪᴛʏ ● Funny, rude, and, at times, deadly. Although, she is a softy for pugs and quite a romantic.

● About- Seraphina is always out partying, flirting or killing. Living with mostly her father and brother, her mum was always out "playing" with demons (her father retired after a serious back injury) she immediately took to guys and guys immediately took to her. Valentine has a generally flirty personality but is completely oblivious when people flirt with her. She is a great friend, trustworthy and loyal and a great lover, passionate and romantic. But don't get on her bad side, she will kill you.

Weapons: ○ her dagger which is engraved with -
Για να σας κρατήσει ασφαλή , να σας προστατεύσει
To keep you safe, to protect you - It was given to her by her mother.
Dagger is named Valiskos and is always kept in her thighs sheath.