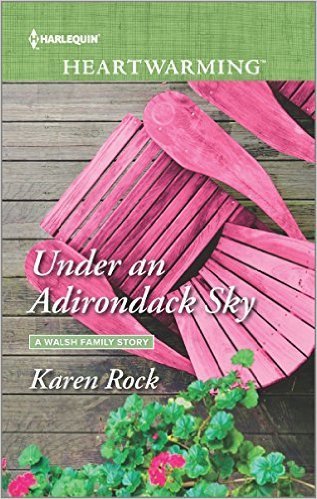 Can he juggle everything…including her?
After raising his siblings and running the family pub for more than a decade, Aiden Walsh has set his own dreams aside. Until the most beautiful woman he's ever seen stumbles into his bar, and his arms. Too bad Rebecca Day is the school psychologist in charge of his brother's future. Who's he kidding? He doesn't have room in his full life for romance anyway. But forced to join Rebecca and her group of troubled teens on an Adirondack retreat, he realizes keeping his family afloat isn't enough for him…not by a long shot. 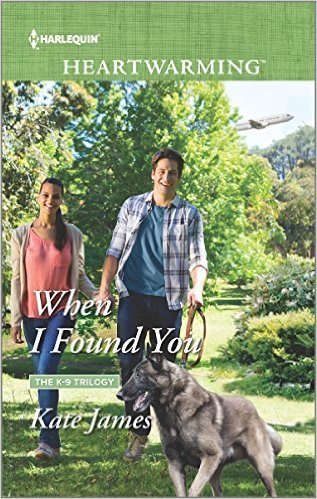 When I Found You
By Kate James
Harlequin Heartwarming July 2016 Miniseries: The K-9 Trilogy

Is she part of the solution…or the problem?
It could be a terrorist threat. Or is it some other sinister plot? An unprecedented rash of security breaches at San Diego's international airport is putting passengers at risk and bringing the competence of the airport's chief of security, Ariana Atkins, into question. With explosives the weapon of choice, police K-9 unit captain Logan O'Connor and his bomb detection dog, Boomer, might be Ariana's best, if not only, line of defense. Logan is certain his belief in Ariana, and his growing love for her, aren't misplaced…but it wouldn't be the first time he's misjudged someone's intentions. 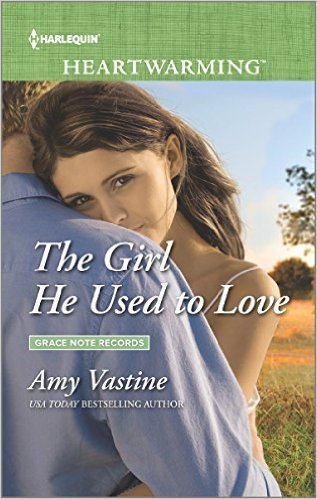 The past will always be between them
He swore he'd never return home. Then a flat tire lands Dean Presley back in Grass Lake, Tennessee, and he's forced to confront the woman he left behind. Faith Stratton was once the love of his life. Now her gifted brother could be the rising Nashville star Dean needs for his struggling music label. But it means taking Sawyer away from the horse therapy farm that Faith's so proud of. That won't be easy, especially since those old feelings that started all the trouble… Well, let's just say he can't go back there, because he doesn't want to relive the memories of the terrible accident that drove them apart. 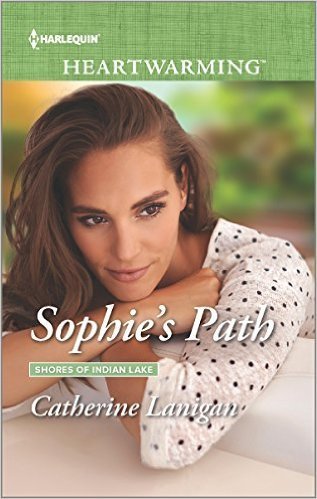 Her choice. His consequences.
Nurse Sophie Mattuchi has seen a lot of angry patients in the ER, but no one's ever rattled her like Jack Carter. He has no right to blame her for his friend's death. Sophie did everything she could. Didn't she? Yet his accusations sting, and that sets off all kinds of internal alarms. She's never cared this much about any man's opinion of her. But Jack is different. He stirs up feelings. Strong feelings. Guilt. Anger. Attraction. Curiosity. Sympathy. Sophie's definitely not interested in Jack, but even if she was, he'd never forgive her for the decision she made that night in the hospital. Would he?

These books sound so good. Thank you for sharing.

Mod
Don't they Nina?!! So excited about this month's releases.

They all sound like great reads for the summer. Thanks for posting.

Nina wrote: "These books sound so good. Thank you for sharing."

Thank you, Nina! We hope you have a chance to read them. If so, we'd love to hear from you.

Melinda wrote: "They all sound like great reads for the summer. Thanks for posting."

Thank you, Melinda. We hope you'll have a chance to enjoy one if not all of them!

Received them, looking forward to reading all of them.

Janice wrote: "Received them, looking forward to reading all of them."

That's terrific, Janice. Thank you for letting us know. We hope you enjoy the books, and we'd love to hear from you after you've had a chance to read them.

Finish "When I found you", loved it. Did review on it. Haven't read the first two in the series, definitely will have to.

Mod
That's great news Janice!! I will be starting When I Found You next week. ( :

thanks for sharing. Looking forward to checking them out ! :-)

Mod
Dixie-lee wrote: "thanks for sharing. Looking forward to checking them out ! :-)"

Janice wrote: "Finish "When I found you", loved it. Did review on it. Haven't read the first two in the series, definitely will have to."

I am very happy you enjoyed it, Janice. Thank you for taking the time to write such a wonderful review!

Dixie-lee wrote: "thanks for sharing. Looking forward to checking them out ! :-)"

Thank you, Dixie-lee. If you do get a chance to read one (or more) of them, we'd love to hear from you.

I won a signed paperback copy of this from the author on a giveaway she had on her FaceBook page and the following is my honest opinion.

Have you ever been or have known someone who has had no time in their lives for anything else but taking care of those who are near and dear to them, and putting all of their dreams especially those of romance on the back burner?

If you do, then you can totally relate to Adam Walsh, a guy fate seems to like teasing. Why did I say teasing? What else would you call having his father die, followed by his mother coming down with Alzheimer’s and losing the memory of her family, and leaving the family business in hands? What else would call when these things causes his younger brother to become so problematic that he faces being thrown out of school if doesn’t change back to the way he was before? What else would you call it if the only solution to Adam’s problem with his brother is the school’s psychologist, Rebecca Day; the most beautiful woman he’s ever seen, who happens to drop by his bar one night? And to this add Rebecca’s job being on the line, by seeing if she’s able to rehabilitate Connor and the rest of the teens under her watch, succeeding here will be her only salvation.

Karen Rock has taken these somewhat ominous fate cards and has crafted a wonderful romance story with just the right potpourri of sweetness and heat; and a bit of jealously/anger when Connor see his brother in a tender embrace with Rebecca causing him to sink to taking drugs and drinking alcohol, without regards to what it might do to her career and everything should her superiors find out.

Will the issues Aiden has regarding his brother be resolved? But more important, will Rebecca and Aiden get the HEA they’ve always wanted? Read this heartwarming story to find out.

For writing this endearing story and for making me somewhat homesick to visit this area again, I’m giving it 5 STARS.