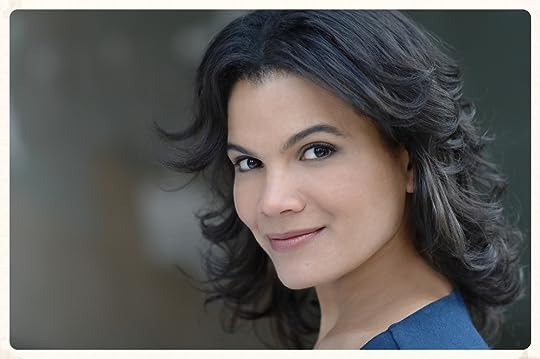 January LaVoy is an American actress, most recognized as Noelle Ortiz on the ABC daytime drama One Life to LiveEnron at The Broadhurst Theatre on April 27, 2010. She received her Bachelor of Arts degree in Theater from Fairfield University in Fairfield, Connecticut where she was a member of Theatre Fairfield, the resident production company.

Biography
In the fall of 2012, LaVoy created the character of Lena in the world premiere of Pearl Cleage's What I Learned In Paris at the Alliance Theatre in Atlanta, Georgia. Her work has been seen in regional theatres across America, including the Denver Center Theatre Company, Pittsburgh's City Theatre and Public Theater, CATF in Shepherdstown, WV, Philadelphia's Wilma Theater, and the Shakespeare Theatre of New Jersey. LaVoy played the character Risa in the 2007 Lucille Lortel Award winning play, Two Trains Running. She received the 2004 Denver Post Ovation Award, as Best Actress, for her portrayal of Portia in the Denver Center Theatre Company's production of Shakespeare's The Merchant of Venice.

LaVoy played the role of Helen Keller in the play, Helen Keller Speaks, performed first on March 14, 2009 at the Regina A. Quick Center for the Arts at Fairfield University. The play was written by Dr. John Orman, a Professor of Politics at Fairfield University and a former teacher of LaVoy's. The play captures the social activist views of Keller based on her documented speeches and letters between 1913 to 1919.

LaVoy was featured in Signature Theatre Company's Off-Broadway production of Samm-Art Williams' Home playing Woman One/Pattie Mae Wells. She also performed in the world premiere of the musical Coraline at the MCC Theater.

In addition to her role on One Life to Live, LaVoy has been seen on Law & Order (including the SVU and Criminal Intent franchises), All My Children, Guiding Light, and 3 Lbs. She also appeared in Steven Spielberg's War of the Worlds, and the upcoming short High Ground.

Voice Over and Audiography
LaVoy is an award-winning voice artist and narrator. Since 2007, she has voiced dozens of commercials and audiobooks, including titles by James Patterson, Jeffery Deaver, Marcia Clark, Libba Bray, and Harlan Coben. Random House Audio produced this short documentary on the casting process and recording of The Diviners by Libba Bray. She is the recipient of Audiophile's EARPHONES AWARD for excellence in narration, as well as Publishers Weekly Magazine's AUDIOBOOK NARRATOR OF THE YEAR 2013.

Mod
I loved her performance in The Liar by Nora Roberts. I may try the Marcia Clark series.

Ditto. It was the best!