Mod
Giveaway of A Kiss from Mr Fitzgerald by Natasha Lester 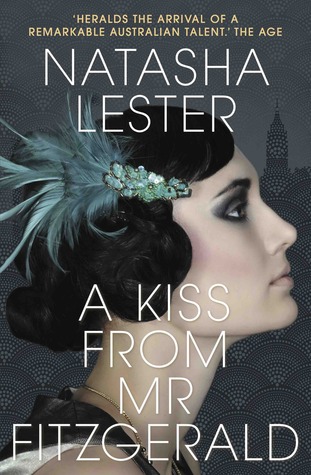 It's time for another giveaway and group discussion!

Natasha Lester has generously donated 4 audiobook copies of her latest novel A Kiss from Mr Fitzgerald! Narrated by the lovely Kelly Burke, you can listen to a sample at audible here.

Described as “Captivating, romantic and tragic”, A Kiss from Mr Fitzgerald follows a young woman ahead of her time amid the fragile hearts and glamour of Jazz Age New York.

Synopsis:
It’s 1922 in the Manhattan of gin, jazz and prosperity. Women wear makeup and hitched hemlines – and enjoy a new freedom to vote and work. Not so Evelyn Lockhart, forbidden from pursuing her passion: to become one of the first female doctors.

Chasing her dream will mean turning her back on the only life she knows: her competitive sister, Viola; her conservative parents; and the childhood best friend she is expected to marry, Charlie.

And if Evie does fight Columbia University’s medical school for acceptance, how will she support herself? So when there’s a casting call for the infamous late-night Ziegfeld Follies on Broadway, will Evie find the nerve to audition? And if she does, what will it mean for her fledgling relationship with Upper East Side banker Thomas Whitman, a man Evie thinks she could fall in love with, if only she lived a life less scandalous?

Review from our friend and former mod Renee!

“It's been weeks since I finished this and I still can't find all the words.
I'd been waiting for this book to come out since the middle of last year, since I discovered the inspirational Natasha Lester's blog and maybe, perhaps, began to slightly stalk her online ... Natasha has heaps of writing advice to share and I couldn't wait to see how she applied it all in her historical fiction novel.
Wow.
Natasha's writing is a bridge between literary and commercial fiction. There is romance, mystery, medical drama, historical fiction, costumes, dancing, parties, study, life and death. Natasha paints such a vivid picture of life in New York during the 1920's. I felt like I was there, walking alongside Evie, sipping champagne during the prohibition and occasionally breaking into the charleston. I loved Evie's spunk and determination. Even though Evie has blond hair, the girl on the cover captures her essence perfectly (and the cover is so pretty).
This book is the bee's knees, the cat's pyjamas and the bandicoot's bellybutton! It's a book I found myself live tweeting as I was reading (that's the polite way to say twitter stalking).
I listened to the audiobook edition. The narrator was fabulous. Kelly Burke spoke clearly and at a good pace, bringing each character to life”

Natasha Lester
It took me a while to do something about the dream I’d always had of being a writer. But when I finally quit my job as a Brand Manager for Maybelline Cosmetics and went back to uni to study creative writing, lots of things happened which made me believe I’d taken the right step. The first piece of writing I ever sent off to a journal for publication - a poem - was accepted. It was the best $100 I’d ever earned. This is easy, I remember thinking!

Of course, it wasn’t always that easy. But I was lucky enough to win the TAG Hungerford Award for Fiction and thus receive a publishing contract for my first book, What is Left Over, After. My second book, If I Should Lose You, was published in 2012.

In between all that, I’ve had three children. Nowadays I write while the kids are sleeping, which is, of course, never for long enough.

To enter the giveaway, please fill in the google form . Gievaway is now closed

This giveaway is open from July 1 to July 10 . The winners will be expected to participate in the group discussion beginning August 15, which you can find here.

The winners will be notified by July 15.
Please note: The giveaway is for audiobook copies where you will be given a code which allows the winners to download the copies from Audible for free.

Mod
Thanks to everyone who entered!

You will receive an email soon with details

A Kiss from Mr Fitzgerald (other topics)