Well hello everyone. Huge congratulations to Angela on the release of another epic fantasy.

I’m from the UK but have lived on the island of Corfu most of my life. I met my husband while on holiday and the rest, as they say, is history.

I’m an author of eight books, Illusional Reality being my latest. I write in most genres but I specialise in thrillers.

As well as an author, I’m a freelance writer, a designer of book trailers and promotions, a narrator and a VA. 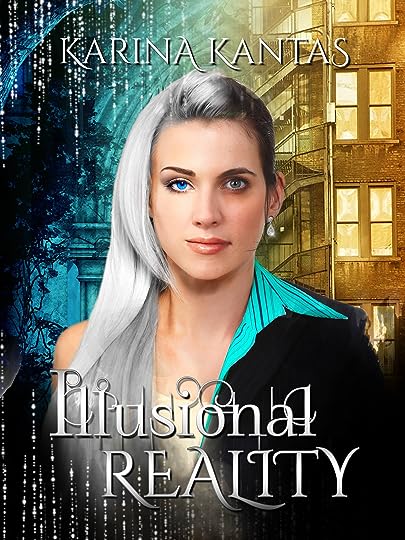 Nobody expects to stare death in the face only to find out your entire life is a lie.
Rescued by Salco, marketing executive Becky finds herself in an unknown magical world filled with happy people that try to forget their land is on the brink of destruction.
It is at a festival where she is introduced to the Tsinian council and her kinsmen, that she learns the whole truth. The council are so certain that a union between Darthorn’s son, Kovon and Thya will create peace between the two lands. However, Darthorn has plans for Tsinia as does Kovon for Thya and neither are good.
Although her future has been planned and if she is to save Tsinia she must marry Kovon, Thya gives her heart to another. A love that is forbidden and dangerous.

Illusional Reality is a story about hope, courage, love and sacrifice.

‘This story is unique. No typical fantasy stereotyping.’
myBook.to/IR

You will not find any elves, dwarfs, witches or fairies in this tale. There are no goblins, unicorns and pots of gold at the end of a sparkly rainbow.
The underlying theme is love, sacrifice and forgiveness. You may meet a Portie or a telent. And if you're lucky maybe a Zenith will transcribe an oracle. There are no Fantasy stereotypes in my book. The names, places, spells, they are all original and the plot fresh. Whether you like fantasy or not, you will love these characters. You will cry and laugh and then want to hunt me down when you get to the end of the book. 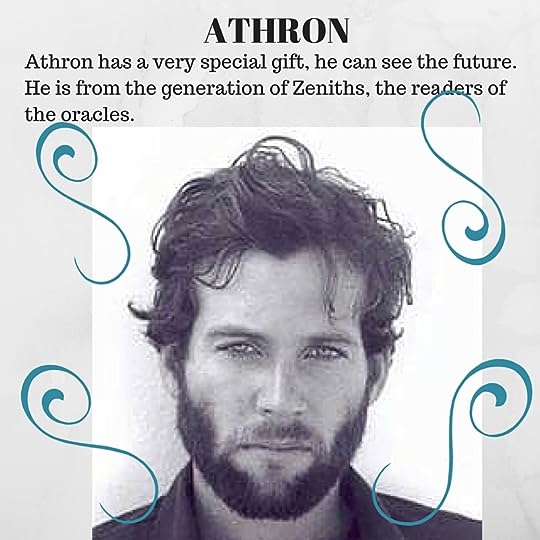 The film Lord of the Rings inspired me to write Illusional Reality. In fact, I came out of the cinema and by the time I arrived home (40 minutes) later, book one was completed in my head, the synopsis on paper, and explain with OTT excitement to my husband.

It didn’t take long to write the novel but many things changed before I was happy with the final MS. You see, once you start writing a book, and you’re in the “Zone” the characters take over and tell you were they want to go. And if you need to sleep, you have to do what they say. Many authors will agree with me on that.
At the time I wrote IR there were no e-books, so I submitted the MS to agents and publishers hoping for the big break and I knew it was the right time to get my book out. Fantasy films were hitting the big screen and people were either Potter mad or buying their own copies of L.O.T.R trilogy.  But I was rejected. Then life got in the way and I put the book/s in a folder and then in the office cabinet and it stayed there for ten years.

I promised my readers a new book. Maybe my last. I have three projects on the go, but no interest to continue writing them at the time. So Illusional Reality was dusted off and here we are.

Alkazar was busy studying when he heard Omad calling up to him. It was unusual for anyone to shout up to the dwellings, and he wondered why Omad did not come up in person. He knew it had to be important so he put the book down, walked to the wooden balcony and leaned over.

“Alkazar, a moment,” Omad called up.

Without hesitation, Alkazar bounded down the stairs to meet him. “I am your servant,” he greeted breathlessly.

Omad told him of Thya's attack and of her recovery, and his concern that she insisted it was a dream. “Tis why I require your assistance. Your acquaintance is superior to anyone else. I entrust to you to bring about her change, compel her to grasp the situation.”

Alkazar was taken back by the request. “I am honoured you have chosen me, only if it is so prudent to influence an opinion onto our lady, would not it be superior for her to discover for herself who she is?”

“I concur,” Omad answered. “Alas, we do not possess the duration to tarry. I anticipate communication from Darthorn, shortly, and our lady is required to be prepared to take her standing amidst her subjects. I recognise you have a burdensome task ahead, and what I am requesting from you may seem unfeasible. Nevertheless, it should be done.”

Alkazar didn't need to think about it. Firstly, it was not prudent to refuse the council and secondly, it seemed like an excellent opportunity to meet the princess.

“I will surrender my all to your command, Omad. Where will I chance upon our lady?” he asked.

“I am confident you will not fail, my friend. Come, we journey in unison.”

“Do you not desire to visit your dwelling?” Kezar asked.

Thya turned to answer but her sight blurred, almost as if she was looking at an illusion. It lasted only a few seconds, even so, it scared her.

Kezar pointed to the largest of the four buildings.

“Not now,” Thya said and continued to walk as though she knew where she was going. Something was pulling her towards one of the buildings, only she wasn't going against her will. Every step made her feel warm and content.

As she neared the Plecky, a chill crept over her. She shuddered. Eager to shake off the strange feeling, she struck up a conversation. “Where do you live? I can't see any homes around here, apart from these four buildings,” Thya signalled to them.

Kezar laughed. “We dwell up high.”

Thya looked up, bending her neck in the direction Kezar pointed to. “Where? I can't see anything.”

“Up high, within the ancient trees.”

That was when Thya saw Tsinia. A whole city built within the trees and camouflaged by lush green leaves. Houses made of wood and straw were built between the sturdy branches of the ancient, giant trees. Each house looked similar in design and size and every one of them had a charming wooden balcony. Yet, what astounded Thya the most was the wooden rope bridges connecting each home, as though you could walk from one end of the tree tops to the other. Thya looked around. There were hundreds of them. She sensed a unity with the inhabitants. They trusted one another and had no enemies among them.

She noticed small heads peering down at her. Goosebumps prickled her arms. She had an awful feeling that she wasn't dreaming, that she was wide-awake and had somehow been here before.

“Are you well, my lady? You appear colourless,” Kezar asked.

However, no matter how she tried to shake the feeling off, she couldn't get the deja vu to pass. She looked around anxiously. The forest closed in around her, stifling her breath.

“What is it, my lady? Is anything amiss?”

Thya felt the panic rise in her throat. Her heart beat as though it would soon jump out of her chest, and she was gripped by a sudden fear that left her unable to move or speak.

While Alkazar stared at Thya with astonishment, Omad's face was scornful. “Kezar, I instructed you not to withdraw until my appearance. I was to accompany you both.” He studied Thya's face. “My lady, you are not yet satisfactory. Return to the Tora with me, I beseech you.”

“Can you hear that?” Thya whispered.

“What is it you hear?” Alkazar asked gently.

She stared at Alkazar as the unknown force continued to pull her along. “Whispers… voices… they're getting louder—they're calling to me. Can you hear them?”

Thya pointed towards the Plecky. “Omad, what's in this building?”

“Why do you inquire such? Return with me, my lady. You are not yet able enough to be out of doors—”

Alkazar broke in. “Permit her to continue, Omad. She is compelled to proceed.”

Thya continued to walk. “The voices are coming from inside,” Thya announced. “I must go to them.”

Omad could not persuade her to leave with him, and so followed behind silently.

They were only a few steps away from the entrance when Thya swooned. Alkazar ran to her side and held her up. 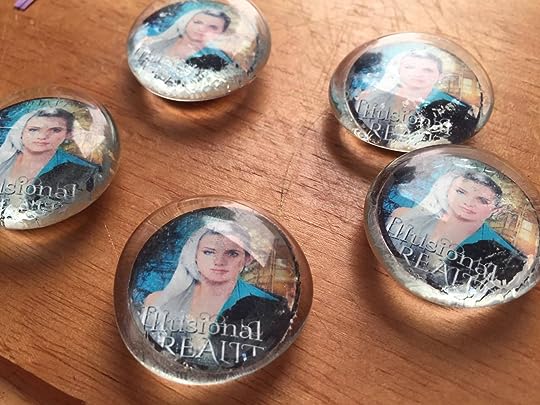 For those of you that have yet to meet THYA. She's stubborn but loyal. Emotional but very very powerful. Determined, but also frightened. 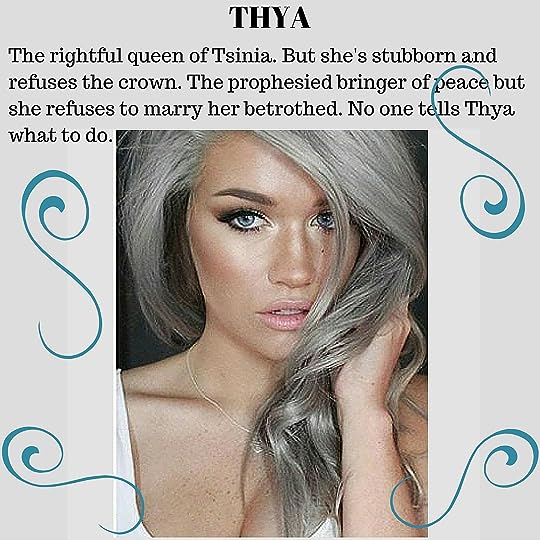 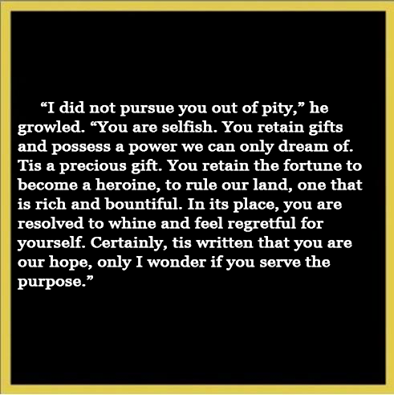 
Watch the short trailer and see why everyone who has read this novel, has taken this tale into their hearts.


Here is a character interview with the lady herself. Please welcome Becky/Thya interviewed by Bibliogal

Bibliogal: Hi Becky can you just tell our readers what your relationship status is on Facebook.


Becky:I’m single. I’ve dated of course. My friends set me up with a disastrous blind date but that’s tale for another time.

Bibliogal: Do you believe in Mr Right?

Yes, I believe there is such thing as true love and that your soul mate is out there somewhere. But the world is a big place, you may never find one another, so you take what you can get. I’m not interested in meeting anyone and settling down. I like things the way they are.

Bibliogal: What is love to you?

Becky: “What is love? Love hurts. When you’re full of happiness you feel as though you could burst. With every smile, every time you hold hands, every warm and gentle touch can leave you melting. You want to stay cuddled together, warm, safe.
How could you be so lucky to have found each other. But you worry that it can be taken away just as quickly as it was given to you.
Treasure every moment of love and happiness as it may not last and if you’re one of the lucky ones it can last an eternity.”

Bibliogal: You sound as though you have experienced love?

Becky: “Only in my dreams.”

Becky: “It’s going to sound silly but I have these dreams where I’m with a man and I can feel his love and devotion to me. It’s like a warmth flowing through my body. I trust him completely and know he is the one. But I never see his face. So yes, I believe the man that will complete me is out there, somewhere.

Bibliogal: Thank you for taking the time to talk to us Becky.
myBook.to/IR 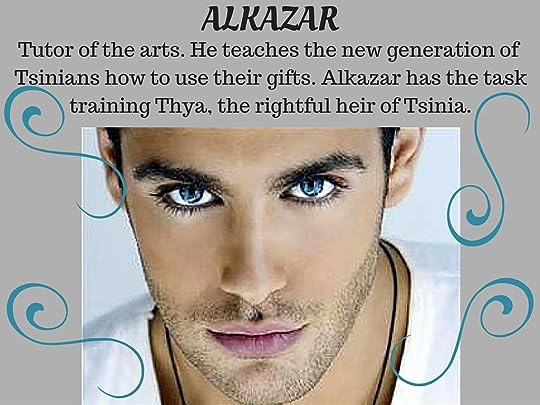 Oooh Alkazar this great specimen of a man has a few secrets of his own...ummm

I liked your excerpt. It sounds interesting.

There is so much against Thya and Alkazar getting together. But the heart gets what it wants, doesn't it?  Maybe not this time.

It is forbidden to touch a Gantie with the intent of desire.

Thya has been promised to Kovon, the son of Darthorn, Warlord of Senx. 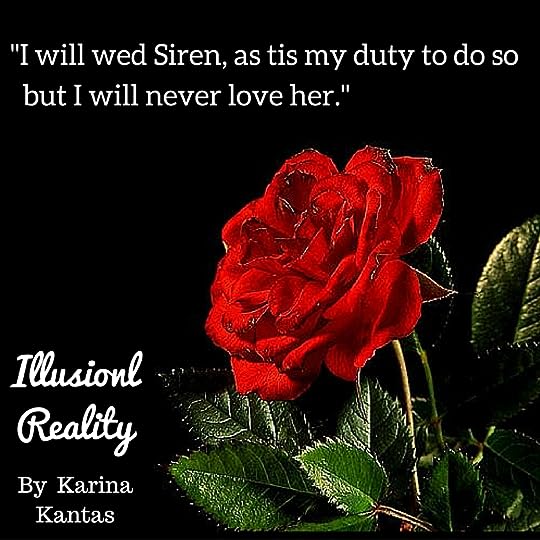 Of course with the good always comes the bad 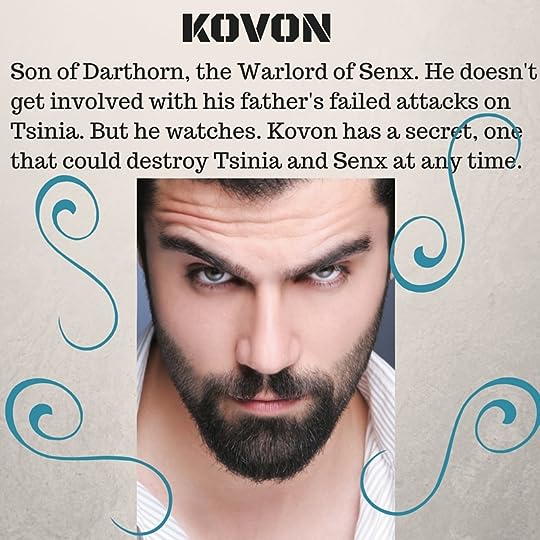 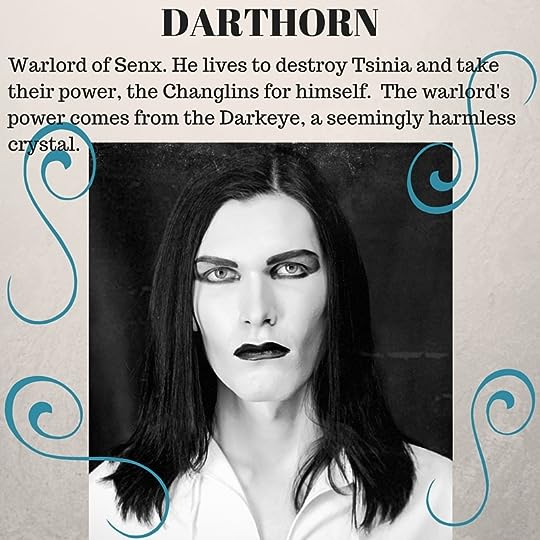 And if you have read up to here. Thank you so much. 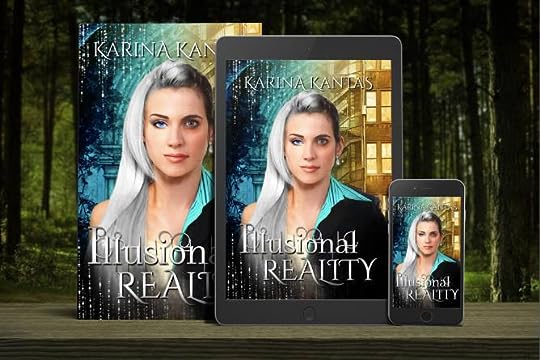 Thank you for having me Angela.

Theresa wrote: "I liked your excerpt. It sounds interesting."