Andrew wrote: "First published in 1941, this is the only novel by journalist John Mair, who was killed in an RAF training accident in 1942. It is now only available second hand in the 1986 OUP 20th Century Classics reprint edition, or very cheaply on Kindle.

Never Come Back by John Mair is a magnificent thriller in the tradition of Buchan, Ambler, Household and Bruce Hamilton, with nods towards early Graham Greene and Patrick Hamilton, but with a wit and humour that brings to mind Huxley, Waugh and even Wodehouse.

Essentially a "39 Steps" style chase story, in which the protagonist, Desmond Thane, has to escape from an internationalist establishment conspiracy group, intent on taking power in Britain in the early days of the war.

What makes it original is that Thane is an absolute shit: murderer, liar, fantasist, womanizer, one of the first anti-heroes in crime fiction, but still keeping the reader on his side, and a precursor of Patrick Hamilton's Ralph Ernest Gorse.

George Orwell reviewed the novel very favourably in "The Spectator" in 1941, and it is interesting to note that one of Thane's persecutors and torturers is called O'Brien. Some of the scenes of wartime London are also echoed in Greene's "Ministry of Fear".

More about Never Come Back by John Mair... 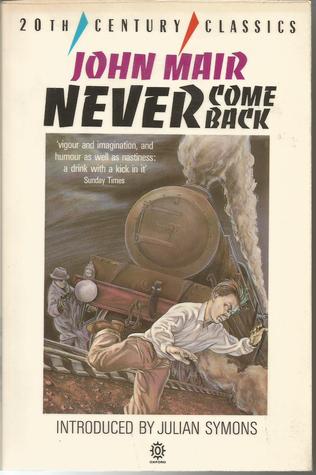 Never Come Back is a gripping thriller from 1941, the only novel by John Mair, who was killed in an RAF training accident only six months after it was published. It follows the misadventures of the urbane and heartless feature writer Desmond Thane, who falls for a femme fatale and becomes a desperate man pursued by the shadowy International Opposition. A sophisticated mixture of wit and thrilling mystery, with a morally corrupt hero at its heart, this is the first new edition of this page-turning classic since 1986.

John Mair (1913-1942) was born in London in 1913, to journalist G H Mair and actress Marie O’Neill. He became a literary journalist and book reviewer writing for, among others, the New Statesman and News Chronicle. Never Come Back was his only novel, written in 1940 and published in October 1941. He joined the RAF during the Second World War, and was killed in an airborne training accident off the coast of Yorkshire in April 1942. He was also the author of a book about the Shakespeare forgeries by William Ireland, The Fourth Forger (1938).

“Don’t on any account miss Never Come Back – lively, exciting, and intelligent” – The Observer

“Vigour and imagination, and humour as well as nastiness: a drink with a kick in it” – Sunday Times

“Mr Mair’s first-rate thriller... is a story of much ingenuity” – The Scotsman

“This is an amusing book. I hope it will prove to be the starting point of a new kind of thriller” – George Orwell

“Never Come Back still seems a remarkable performance, and for its time an astonishing one. Desmond Thane is the first anti-hero in crime fiction” – Julian Symons

George Orwell’s favourable review of John Mair’s thriller Never Come Back appeared in the New Statesman on January 4th 1941. The book did not reach the shops for another four months. Indeed, the book that Orwell read and praised never reached the public at all. In this exchange, Orwell Society members Richard Young [RY] and L J Hurst [LJH] discuss the bibliography of Never Come Back in the light of cover scans and impression dates in their copies, explaining how Orwell reviewed a book the public could never read, and the reasons for the delay in its ultimate appearance.

From the review on Martin Edwards' Crime Writing Blog...

The central character of the book, and the reason it remains memorable, is Desmond Thane, whom Symons describes as ‘the first anti-hero in crime fiction’. Thane is in Symons’ opinion, to an extent, a self-portrait of Mair. He is conceited and sometimes cowardly, and his lack of scruple is sometimes startling, but this ‘cool-hearted epicurean’ is a thoroughly believable individual, and we can’t help hoping that he will survive when he finds himself pursued by a shadowy organisation bent on turning wartime uncertainty to its own advantage.

A very cool, accomplished, sophisticated variant on the manhunt theme (to which G.B. seems to have a monopoly). It may just catch on. Less of a story than Above Suspicion, but its got an edge on this through its very fine, cynical, impudent wit. The hero, euphemistically speaking, is a journalist of sardonic sangfroid, who murders his mistress, only to find that she was a valuable spy in a secret organization. The balance of the book is the cat and rat chase, with unscrupulous Thane devising some neat situations of foil and counterfoil. Clever-clever, urbane, and highly suspenseful withal. For your fastidious intrigue market. 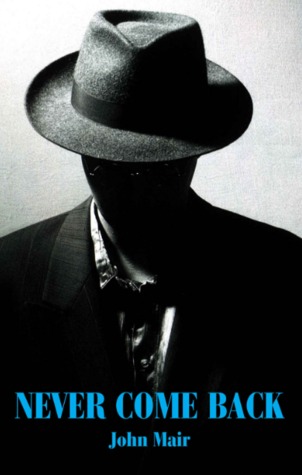 I was just searching for this on Abe books and as I was doing it I remembered this http://m.imdb.com/title/tt0097963/

Mod
I have no recollection of that CQM2 - was it any good?

I remember watching it because of my love for forties thrillers and noir but don't remember a great deal about it to be honest. For some reason in my mind I'm associating it with the Richard Widmark Night and the City but I think that might just be that he wasn't a nice lead character and he spent a lot of time sweating running around and pinning himself up against walls to hide from people who wanted to do him in.

Mod
Sounds promising - thanks for your hazy recollections

If there's one area in which I excell its hazy recollections.

Thanks for the tip! It sounds fascinating, but, I imagine, probably and sadly not available. Talking of hazy recollections, I had completely forgotten that another early anti hero, the murderous protagonist of Greene's 1936 "A Gun For Sale", is called Raven, which is also the name of the female agent murdered by Desmond Thane. Surely a conscious nod rather than a coincidence. The opening pages of "Never Come Back", where Thane is mugging up on poisons to be rid of Raven, recall the opening of Francis Iles's 1931 novel "Malice Aforethought", and its most unlikely anti hero, Doctor Bickleigh.

Mod
Andrew wrote: "Thanks for the tip! It sounds fascinating, but, I imagine, probably and sadly not available."

Not quite. There is an American (Region 1) DVD on Amazon...

And it looks as though this fellow will sell you one for a fiver (region free but some kind of bootleg I suspect)...

Andrew wrote: "Talking of hazy recollections, I had completely forgotten that another early anti hero, the murderous protagonist of Greene's 1936 "A Gun For Sale", is called Raven, which is also the name of the female agent murdered by Desmond Thane. Surely a conscious nod rather than a coincidence. The opening pages of "Never Come Back", where Thane is mugging up on poisons to be rid of Raven, recall the opening of Francis Iles's 1931 novel "Malice Aforethought", and it's most unlikely anti hero, Doctor Bickleigh."

Hazy recollection Andrew? That shows incredible recall and clarity. CQM2 would kill for that kind of ability. What's your secret? Some kind of 'mind palace'? 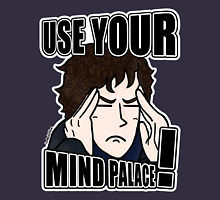 The secret is retirement and a house crumbling under the weight of books!

Mod
I've just bought the Kindle edition of this book and hope to read it sometime in the next few months.

Mod
Just poised to read this.


CQM - sometimes of this parish - has already read it and was most impressed....

Mod
CQM wrote: "Never Come Back by John Mair is a magnificent thriller in the tradition of Buchan, Ambler, Household and Bruce Hamilton, with nods towards early Graham Greene and Patrick Hamilton, but with a wit and humour that brings to mind Huxley, Waugh and even Wodehouse.

I'm no great fan of Buchan truth to tell but it would be a hard taskmaster that would argue against a sentence like that being a grand recommendation. "

I have to agree. I've read 38% of Never Come Back by John Mair now, and casual and inappropriate racial stereotypes aside, this is developing into an interesting and exciting tale. Protagonist Desmond Thane is also becoming quite a compelling character despite more personality flaws than you can shake a stick at. He might be one of the earliest examples of the anti-hero.

Mod
Wonderful stuff. Thanks so much to Andrew and to CQM. I really enjoyed ‘Never Come Back’ by John Mair

‘Never Come Back’ is a stylish, amusing, well written, wartime page turner, with some great set pieces and narrated by a memorable anti-hero. Wonderful.

Never Come Back (other topics)