Oh haha! I didn't even see the other two before I posted. Let me read them real quick.

Darn, I love all of them.

Sure! And I don't care who I am either haha. I like both characters and I can do either gender. Your choice. 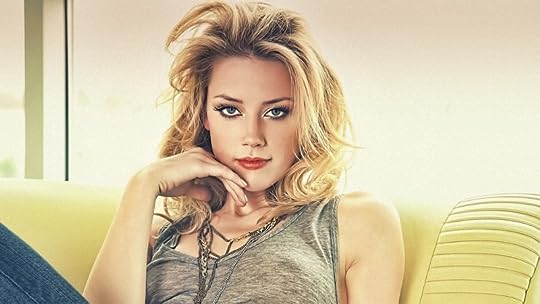 Want to just start in the cafe?

I don't get off work for another 3 hours or so, but I'll start when I'm home. If you want to start in the mean time you can, or you can wait, whatever you want.

Kyler sighed softly and ran a hand up through her messy blonde hair. She hadn't exactly taken much time to get ready this morning. She was too stressed out to even think straight, let alone make herself look pretty for no one. It wasn't like she had a boyfriend anymore and it wasn't like she was going anywhere important. She had only taken this class to get humanities credit and she rarely paid attention. The teacher was attractive enough, sure, but that was about all the class was worth.

Kyler rolled her eyes as she listened to the teacher give his little 'I'm on your side' spiel. She would be a very rich woman if she had a quarter for every time she heard a teacher say something like this. If he wanted to go so bad, then he should just let them go already. She had bigger things to worry about than this. Exams were right around the corner and she was no where near prepared.

Kyler wanted to smack both of their smug faces, though she couldn't understand why. She was just in a horrible mood. She took the quiz, probably with a bit too much attitude, and started to make her answers. She felt that she knew the answers pretty well, but she didn't bother trying her absolute hardest at this point.
She finished quickly and then walked to the front to turn it in and get out of there.

Kyler immediately went off toward her favorite spot, the cafe. She didn't even really know the name of the place, despite having been there so many times. She was just always cloudy headed when she went in, and so relaxed that she didn't care when she came out. It was the best possible place to study and clear her mind because it was quiet and there were never any other students there for some reason. The coffee was awful, but she didn't much care about that.

Kyler had to suppress a groan when she heard someone, obviously a teacher someone, say her last name. She looked up slowly and had to suppress and even greater groan. Of course it had to be the one teacher that she hardly every paid attention to other than to occasionally admire his biceps.
"Mr. Smith," she replied reluctantly, trying to put on a smile and doing a rather poor job of it. She noticed his laptop and knew that he would be wanting this booth. It was the only one with a charging outlet and his stack of papers told her he would be here long enough to need it.
She let out a soft sigh then motioned for him to go ahead and sit down. "I'm not moving," she told him firmly, "But you're free to sit and share the table as long as you promise not to talk about anything class related. I'm not much in the mood." She held up her studying papers so that he would see she had her own things to do. She knew she was being a bit rude, but well, she didn't care.

Kyler tried to focus on her own work for a few minutes, but then gave up. She watched her professor going through the quizzes, though she of course tried to be discrete about it. Unfortunately though, her attitude was making it impossible for her to keep her mouth shut today. "Why even make us take one more quiz? Shouldn't you know what we learned by the tests we already took? It's just more work for you to have to grade them. Plus, it's not like we all tried our hardest on the last day."

Kyler glanced up and met her professor's eyes. "Well, to be honest, I only took the class to fulfill a silly requirement. I didn't pay the best of attention. Maybe it would be more interesting to someone going into your field, but to me, well, not the best class that I've ever taken. Not the worst either, of course, but you're just a bit typical. You're young and obviously the girls all swoon over you, bug you act like you've been a professor forever. Liven up."

"All of the girls, like I just said. I think most of the girls in your class are only taking it because they've heard you're so attractive," Kyler laughed, though not with much real joy. "As for the livening up, you should just act more your age. Don't make those silly jokes about not wanting to be there as much as the student. Be more Alex, than Mr. Smith."

"If I'm not allowed to call you Mr. Smith, then you're not allowed to call me Miss Stevenson," Kyler told him with a smirk. "Just Kyler will do. I know it's a bit unusual but I think you'll get used to it eventually." She raised an eyebrow at him. "As for the advice, don't worry about it. It's free this time."

"Why do you teach this subject anyway?" Kyler asked after a while. "Don't you find it to be a tad boring? Actually, why teach at all? Obviously your students aren't the most grateful. Referring to myself for being such a snark, of course." She raised an eyebrow at her, her sharp gray eyes practically trying to peer into his soul.

Kyler shrugged. "I couldn't image teaching to a bunch of ingrates all day. I think I would be tempted to jump out the window of the building in which I worked. I'm not exactly a people person as it is, so it would be hard for me not to strangle every idiot in my class," she told him, though it wasn't exactly all true. She could be a people person, but not in this mood. In this mood she hated just about everyone.

"Well, strangling people is my favorite hobby, so of course I would strangle my students. Silly man. It's as if no one has told you that I'm a serial killer," Kyler said with a roll of her eyes, but a slight smile twitching at her lips. "As for what I want to become, other than the most renowned serial strangler of all time...I don't know. I'm in the pre-med program right now, but I'm not sure I'll stick with it. I'm not even sure what kind of doctor that I would be, or if I'd be any good at it."

"I'll actually have the same," Kyler said. Of course the waiter wasn't surprised, since she ordered the same thing every time she was in this place, which was a lot. Though, it may have been a bit of a shock to the waiter that Kyler was actually sitting with someone for a change.

Kyler tried to focus on her studying again, but now she was finding it quite difficult. She sort of stared at the professor before her, not really bothering to conceal it. She couldn't figure him out. He was so quiet that it was basically eating at her soul, even though she had told him that she didn't really want to talk. And that sigh bothered her. Why was he sighing?

Kyler let out her own sigh at their coffee came and then she took it to her lips and sipped on it. Bored, she picked up her phone to check her messages. A few from her friends and one from her recent ex. Great, just what she needed. She rolled her eyes as she read it over and then deleted it. Some half-meant apology for cheating on her, of course.

Kyler eyes grazed over his abs, which she didn't bother to conceal. "How often do you work out?" she asked him, not much caring if it was inappropriate at this point. "I only ask because you're more built than most teachers around here are. Definitely more fit than me. I'm just lucky I have a quick metabolism."

"Well, I respect your motivation," Kyler told him honestly. "I used to run in high school but I gave it up when I got to college. I have too much to do now and I lost my running partner when she moved out of state." She shrugged her shoulders and sipped at her coffee some more, pretty much done with studying at this point since she couldn't seem to focus on any of it.

"I work in the mornings. Just a little job to pay for my food and what not, in the school book store. And I'm not going to wake up before five to go for a run. I would die," Kyler laughed lightly.

Kyler wrinkled up her nose in a manner of disgust. "Why would we want to talk about Kyler?" she asked, "She's boring and I promise that you wouldn't like her if you really knew her." She was joking, of course, but that didn't mean she really wanted to talk about herself.

Kyler shrugged her shoulders and leaned in as well, just because she figured she had the right. "Well, I'm from here. I've lived here my whole life and I couldn't afford any out of state schools. I already told you I sort of want to be a doctor. Um, my favorite color is red and I like dogs. My parents divorced before I was even born and it was pretty much the shortest marriage ever because they got married because of my accidental existence anyway. I grew up with my mom. We lived a normal, middle class life. The end."

"Well, my boyfriend recently got caught doing one of "my girls" and the rest of "my girls" knew the whole time. So, I think I'm going to stay away from them for a while," Kyler said, her mood darkening once more. She slumped back in her chair and directed her eyes back toward her paper. "I've never been much for Friday nights out anyway. I have too much to do."