Out and Proud (A GSA Club) discussion

newest »
message 1: by ♫✯Em loves Hollenstein✯♫❤the summertime and butterflies all belong to your creation❤, Life is better when you just remember that love is love (new)
Jun 16, 2016 02:21PM

Mod
This is such a hard and tragic event, and I think it's important that we talk about it, to make sure we don't forget it, and keep people talking about it (especially so they stop erasing the fact that it was a gay nightclub).

This news has shaken me and honestly broken my heart, I have never felt so personally sympathetic to an act of hate and terrorism. I send my love to those personally affected by this, and those who have lost loved ones to a senseless hate crime.

reply | flag *
message 2: by ♫✯Em loves Hollenstein✯♫❤the summertime and butterflies all belong to your creation❤, Life is better when you just remember that love is love (new)
Jun 16, 2016 02:21PM

Mod
Honestly, I don't even have any words anymore. I'm just so sad about this.

reply | flag *
message 3: by [deleted user] (new)
Jun 16, 2016 02:58PM
What disgusts me is the way the politicians react to it, the way our tragedy is put second. They erase the fact that we are LGBTQIA+. They acknowledge us just to slam ISIS. Mateen was not, as far as we know, ordered to do this by outside forces. This was one man who did this, a man with mental problems, a man who sympathized with but was not part of these groups. Did you know he frequented the nightclub in question? There is speculation that this entire attack was moreso due to internalized homophobia than ISIS.

The problem is not Islam. Their holy book, the Qu'ran, preaches peace and non-violence. Any violence, while perhaps inspired by beliefs, are not Islamic. All they are is hate -- a hate shared by so many people here. This is our suffering, and it should not be taken away from us to be used to spread more hate. Hate is what killed so many of our community. Spread more hate, and it never ends. If we want to honor the dead, then let their deaths not bring more hate. Let no more die for hate. We need to honor the dead. We need to acknowledge that it was attitudes, attitudes shared by so many, that murdered them. The culprit was these attitudes, fueled by these attitudes. We do not need to fight outsiders. We need first to banish the enemy within.

Mod
Well said, Elf. Wish I could write more on this, but I really don't have the words.

reply | flag *
message 5: by ♫✯Em loves Hollenstein✯♫❤the summertime and butterflies all belong to your creation❤, Life is better when you just remember that love is love (new)
Jun 16, 2016 05:07PM

So, I have a few thoughts on this.
First of all, my heart aches for all the innocent and beautiful lives that were lost.
I hate it is so easy to get guns in the USA. I really can't stand it. It should not be this easy to buy weapons that can kills dozens of people.
Another thing: I don't think it's unfair to recognize religion's role in this. I am in no way saying all Muslims are to blame or that any hatred against Muslims is called for. It's not. But I think it's important to hold the ideology accountable. Of course Islam isn't the only religion that reinforces and preaches homophobia, Christianity does plenty of that too, as do many other religions. I'm not trying to single out Islam, and I repeat that I'm not trying to demonize all Muslims. All I'm saying is that I think we should not just condemn the violence, but condemn the religious ideology that fuels it. We shouldn't let religion off the hook.
With that said, I do agree with you Elf. I agree that we should not let hatred win and we should not let ourselves be divided. I agree that Mateen may have been motivated by his own internalized homophobia rather than radical Islam, and more information is needed. I agree that we need to not forget that this was a hate crime against LGBT, we cannot let that be forgotten. And I agree that Islam is not the problem. The problem is every religion that preaches hatred against the LGBT community.

This is a YouTube video that sums up all my thoughts on the matter, only much more eloquently. Here's the link, please check it out: https://www.youtube.com/watch?v=_KBoI...
(there's some cursing, so if that's something that bothers you...)

yeah, I agree with this. It'd be easy to dismiss this event and brush it off, forget it and do our own thing, but it's important to talk about it, and spread more understanding. 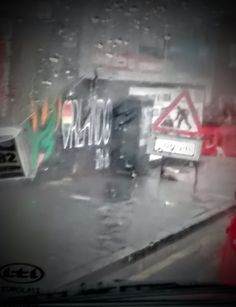 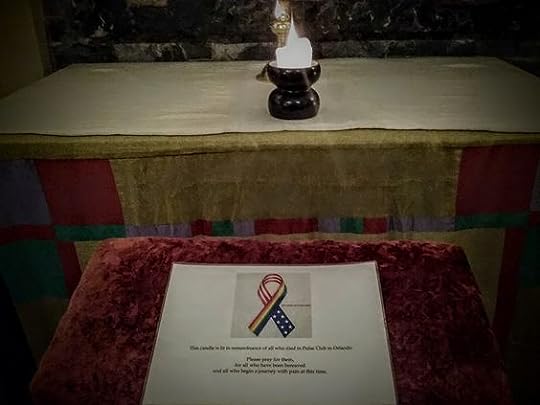 These were both taken in Belfast, Northern Ireland. The left was a mural on one of the Peace Walls. The right was in a church in Belfast where peace talks between Protestants and Catholics took place.

Out and Proud (A GSA Club)