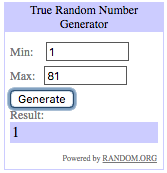 Feel free to make book suggestions in this thread.

Come and tell us which book you picked and once you've read it let us know what you thought of it (is it a new to you author, would you read her work again, etc.)

Oh good. Now I finally get that extra push to read the first Ian Rutledge book, A Test of Wills, that's been sitting in my closet forever.

I have read all of Todd's books and love them all. I love the characters Ian and Hamish. Todd does a great job developing these characters and addressing Ian's adjustment after the war. I also love his Bess Crawford books. I am anxiously awaiting his newest books.

I've read several of the Ian Rutledge books & a couple of the Bess Crawford books. I just checked out An Impartial Witness on Overdrive last week, (Bess Crawford), so I will be reading that.

Since the new Bess Crawford doesn't come out until August 30, I'll be trying Ian Rutledge. He's been on my list for awhile, so I'm looking forward to this!

Mod
Veronica wrote: "Oh good. Now I finally get that extra push to read the first Ian Rutledge book, A Test of Wills, that's been sitting in my closet forever."

As you know, I read and enjoyed it last month. Hope you like it, Veronica.

Mod
Michell wrote: "Todd does a great job developing these characters and addressing Ian's adjustment after the war.."

Mod
I will probably listen to the 3rd Bess Crawford book, which I've been meaning to get to for a while.

I will also read A Test of Wills. I hear the Ian Rutledge series is better than the Bess Crawford series.

I have not read any Charles Todd and have the first Bess Crawford on audio and the first Ian Rutledge in print so am quite undecided. It may come down to which media I am ready for at the time. I am glad to have the impetus to read these books that have been on my TBR so long.

What is the appropriate way to refer to Todd? Him? They?

@Lauren - Me too! I read through the first few pages at the bookstore when deciding whether or not to purchase it and I liked the overall tone and writing style so that bodes well.

I plan on reading

Britney wrote: "I will also read A Test of Wills. I hear the Ian Rutledge series is better than the Bess Crawford series."

I guess I haven't heard that the Rutledge series is better than than Bess Crawford series. I enjoy both! I will be interested to hear if you find one better than the other.

Though I hate to report that very recently I read a Charles Todd I didn't enjoy - I was very shocked. (It was An Unwilling Accomplice, which is a Bess Crawford title.)

But I have a couple of Rutledges I got when they were on sale, on my kindle, and I will probably read one or both in July.

Mod
Sandy wrote: "What is the appropriate way to refer to Todd? Him? They?"

That is a good question. I suppose "they" is most appropriate.

Lauren wrote: "Sandy wrote: "What is the appropriate way to refer to Todd? Him? They?"

That is a good question. I suppose "they" is most appropriate."

It is a good question. I might have thought "he" since he only lists himself as the author on the front. Though his mother is pictured as well as mentioned as co-author on the back jacket.

- not much has happened after and hour and a half except for Bess sticking her nose in as usual.

- not much has happened after and hour and a half except for Bess sticking her nose in as usual."

I am listening to A Duty To The Dead, the first book in the series. I'm also about an hour and a half in and a lot has happened, but only hints of a mystery. I'm enjoying the picture of England in WWI.

and enjoying the historical details on life in France during the war. One hears so much about the soldiers in the Trenches and very little about the suffering of the civilians, especially the orphaned children. It's heartbreaking.

The mystery isn't the best mainly because it doesn't make very much sense. The victim is not someone the anyone had any real motive to kill. There is one character that I really dislike and hope that they turn out to be the killer, lol!

and it was alright although I'm a bit disappointed in the solution as it comes out of left field and there are absolutely no clues whatsoever that could lead the reader to figure it out for themselves.

Bess is an engaging heroine, but some of the circumstances she gets herself into are far-fetched. There is also very little in the way of character development and growth. Hopefully the next one will deal with this.

I finished A Duty To The Dead and enjoyed it. Both Bess's father and his batman Simon were great characters, as was Bess. England during WWI was familiar territory for me and the plot had enough twists and turns. I have the next two already on my ipod, so I will continue with the series at least that far.

But, Lauren. I am concerned by your comments regarding #3. I suppose it is hard to get amateur detectives involved in mysteries in a realistic way (I remember the old Murder She Wrote TV series; the detective had an amazingly large family who forever had problems). And I prefer some character development - though sometimes that development does not improve the series, IMHO.

I am looking forward to reuniting with Bess, her father and Simon.

Mod
@Sandy - Glad you enjoyed Duty to the Dead. I did enjoy book #3 overall despite my minor issues with it. The historical detail is fascinating and it is clear that the Todd's have done their research.

Feel free to make book suggestions in this thread.

Come and tell us which book you picked ..."
I have read almost all of their books and I have absolutely loved every one!

I'm about 1/3 through A Test of Wills and am enjoying it so far. It's very different in tone and style from the Bess Crawford series, but it's a great mystery and I'm glad this author came up so I finally got started on the series!

Mod
Meghan wrote: "I'm about 1/3 through A Test of Wills and am enjoying it so far. It's very different in tone and style from the Bess Crawford series, but it's a great mystery and I'm glad this author..."

It is very different. I like both series though.

I finished An Impartial Witness a couple of days ago & enjoyed it. I've read books in both series & enjoyed them, though I find the haunting of Hamish a bit strange in the Rutledge series. The first book I read in this series was a later one, and I remember it really took me awhile to figure out who Rutledge was always talking to.

Mod
Yes, I imagine it can be confusing if one hasn't read the first book with the explanation of who Hamish is.

Hamish is one of the things I love about this series. Rutledge and Hamish work together as an unwilling pair of comrades. Hamish's character is a sad reminder of all of the casualties of war. The author does a great job with this unique way of telling Rutledge's story.

I finished A Test of Wills and I really liked it. Inspector Rutledge makes for a very sympathetic lead character and his PTSD was presented very well. That said, if Hamish continues to be a prominent force in Rutledge's life then that may become tiresome, not to mention demonstrate that he's not getting any better. I work with veterans, many of whom have PTSD and those whose PTSD never improves are typically those who have trouble maintaining stable employment for more than a few months at a time. If Rutledge is going to be successful in the long term, as I suspect he will be otherwise there is no series, then it would make sense for Hamish's presence to lessen over time.

You make a good point. I want Rutledge to get better since he is really a likable character but of course losing Hamish as a character will either end the series, I should think, or certainly change it considerably. I also enjoy the character of Hamish as well. So, it will be interesting as the series continues how the authors deal with the situation.

I finally got around to starting A Duty To The Dead. So far I'm enjoying it.

I stayed up past my bedtime to finish reading about Bess. Add yet another series to list continually growing list of things I need to finish.

Mod
Gretchen wrote: "I stayed up past my bedtime to finish reading about Bess. Add yet another series to list continually growing list of things I need to finish."

Glad you enjoyed it, Gretchen. What did you think of Bess's character?

You made quick work of that one, Gretchen! :-)

Reading about Bess on the heels of reading about Veronica Speedwell in A Curious Beginning was a bit much. I'm all for strong, independent women (Hopefully I'm raising three) but in both books, the authors tended to beat you over the head with it. That kind of drives me bonkers. Almost as if it is going to be impossible for the reader to understand how smart the protagonist is. In the case of Veronica, she came across as rude and arrogant at time. Bess wasn't on the level of Veronica. However, in both cases I got the impression that moving forward the author is going to develop both women to a point where it will no longer be necessary to point out their attributes every other page.

this month. While I'm enjoying this series, I really wish Simon and Bess's relationship would get a move on. It's time to fish or cut bait as they say.