If you'd like your character to collab in anyway with others (ex. romance, family, ect) than feel free to ask and discuss here.

I got these kiddos 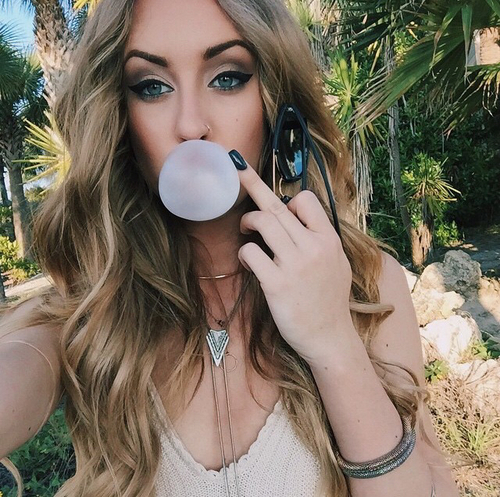 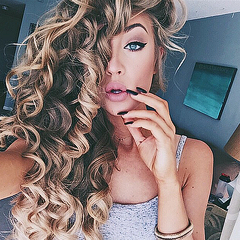 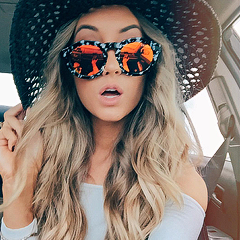 anyone? seeking an older step brother for my young rider :)

I could make her best friend! And if you want her boyfriend or ex boyfriend. :)

Sounds fine to me :) Maybe ex? She's the type who would have a new boyfriend every month

What type of history should her and her best friend share?

How would she have come in contact with an X? Would it be ok if he broke up with her first?

yeah that's fine :) and hmm school or he could work for her family? Old family friends?

her and her best friend: both from extremely rich families and always got pushed together as children and made a friendship out of it?...

and I'm answering these backwards sorry

its fine!
if you could provide me with 4+ sentences on what my character (the best friend) provides for yours, such as:
comfort
a bitchy tongue
games
riots yada yada yada
id be appreciated!!

(view spoiler)[The two were extremely close and spent sessions bitching about the girls in their social circle and gossiping about the hot boys. They attended boring cocktail and dinner parties together preferring each others company to some boring boy from an appropriate family that their parents were always trying to set them up with. They were also shopping partners and have spent many a hour giving fashion advice which is particularly useful to Ophelia who wants to leave the families ranching business behind and go into fashion design. They often argue and can be bitchy towards each other but they ran to each other when they needed comfort and always came up with revenge plans to get back at the one that hurt their friend. They also act as each others designated driver, well more Ophelia's friend acts as a designated driver for her as she always drinks too much. (hide spoiler)]

can i make her young sister?

minx: YO QUESTION. should Archer work on Nathan's family's farm or ?? like as someone who works with the horses?

anyone have any collab ideas??

Male - Nineteen - Pansexual.
✘From a family of musicians. Learned how to play the piano and guitar.
✘He and his mother wrote songs together, which she would play at the local bar.
✘Music was his life, but he has horrible stage fright and could only play for his mother.
✘He and his mother began to write a song entitled "Midnight's Melody".
✘His mother became sick and died before they could finish it, devastating Novak.
✘Novak vowed to finish the song, but nothing he wrote ever satisfied him.
✘His hearing is starting to fail, and was predicted to be completely gone by age 25.
✘Is starting to lose faith in himself that he can finish the song before losing his hearing.

Updated my brainstorms if anyone wants to take a peak. Yell if you want to collab :)

@Queen
Maybe half-siblings then? Novak only met his father once, your charrie could have taken her mother's last name?

Are we working something out for Novak and Kendall?

Aniza: i'll collab, my brainstorms are in the workshop if you want to check them out :)

nothing really :) not very decisive at the moment, too many ideas, I'm open to all sorts

Male - Nineteen - Pansexual.
✘Comes from a long line of Equestrians and old money.
✘Riding was in his blood and he spent hours in the barn.
✘Was proclaimed to be the prodigy of English riding and Eventing.
✘Took brother riding in a storm which caused his brother to be thrown and killed.
✘Was severely injured, shattered collar bone and 6 broken ribs.
✘Still healing, but has sworn off horses, blaming his brother death on himself.
✘Without horses, found something else to occupy him, partying and drinking.
✘Was disowned from his family's money and is barely scrapping by.

Male - Nineteen - Pansexual.
✘Biological father is MIA in the army, thought to be dead.
✘Mother remarried Logan, who's abusive & later kills his Mom and Leo.
✘Logan crashed a car drunk with Toby inside, breaking some of Tobias' ribs.
✘As a child, Tobias would sit on the front step everyday to wait for his father.
✘Once the summer is over, Tobias is leaving for Boot Camp and wants to live it up.
✘Raised to be a southern gentlemen, The thought of killling someone makes Tobias ill.
✘The only reason he is joining the army is to try and find his father.
✘His mother and step-father's deaths were ruled as a double murder-suicide, but in reality it was Tobias who killed his step-father after seeing what happened to his mother and brother.

@Queen
Sure! We'll work something out in pm

@Hayley
Of course! Who did you have in mind? Lowkey loving Erik

Yay! So, any ideas for them?

Well Erik's just completed army training- point of conflict between them? Tobias is worried he's going to lose Erik like he lost his father? Despite the fact he is going to go into the army himself

Maybe they knew each other in high school? Had a bit of an on/off thing that's become more on than off in recent years?

@minx: Sure, they'd be good. Harley lives on the family ranch though, if that matters haha.
@queen: Yeah, they'd be fine (:

Tobias' form is done. But I think i'm going to update him a little. so I'll just post him in the workshop for now.

Hey, so I have a couple of potential collabs;

Lara - aged 19, has just moved to Texas to escape a dark past. Basically looking for a job and a strangers couch to crash on? Romance potential... (view spoiler)[ 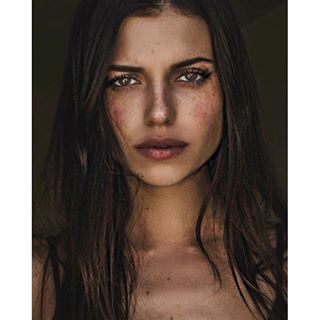 Elodie - aged 17, used to be a competitive show-jumper but suffered a nasty fall and ended up with an injury that took her years to recover from. Still spends a lot of time around the stables though hasn't ridden a horse since she was injured. Looking for an older sibling collab and a possible romance who might encourage her to face her fears and get back on a horse. (view spoiler)[

Jed - aged 21, mechanic but wannabe nascar driver, he's fairly cocky and pretty sure of himself, probably not the nicest guy you'll come across. Multiple romance collabs? And potentially a young sister/ step-sister, I feel he has some potential to be protective. (view spoiler)[ 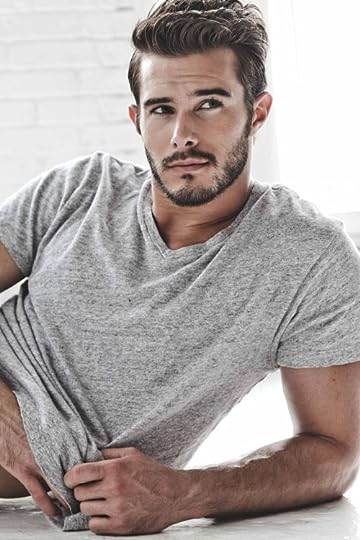 
Elodie I have someone perfect. But she's a female olympic trainer but she can have a nephew who she falls in love with ;)


I'd love to make a younger sister for Jed, if your interested?

Queen wrote: "ℰlle wrote: "Hey, so I have a couple of potential collabs;

Lara - aged 19, has just moved to Texas to escape a dark past. Basically looking for a job and a strangers couch to crash on? Romance pot..."

Awesome! Who've you got?

✖ Qᴜᴇᴇɴ ✖ wrote: "ℰlle wrote: "Hey, so I have a couple of potential collabs;

Lara - aged 19, has just moved to Texas to escape a dark past. Basically looking for a job and a strangers couch to crash on? Romance pot..."

Yeah I'm totally game for that, let me know who you have in mind :)

Lara - aged 19, has just moved to Texas to escape a dark past. Basically looking for a job and a strangers couch to crash o..."

I have Pia Mia: Penny

AHHH LARA! I would love to do a collab with her!

Lara - aged 19, has just moved to Texas to escape a dark past. Basically looking for a job and a strangers cou..."

That could work..though I do quite like the idea of it being a guy haha? She's a bit of a tomboy, all drink beer and go watch the races kind of gal!

I'm cool for your olympic Trainer helping out Elodie though!! That could be just what she needs, just an encouraging word from someone ^-^

❝ ashley wrote: "AHHH LARA! I would love to do a collab with her!"

What are you thinking collab-wise ash?

send me a PM please.

ℰlle wrote: "✖ Qᴜᴇᴇɴ ✖ wrote: "ℰlle wrote: "Hey, so I have a couple of potential collabs;

Lara - aged 19, has just moved to Texas to escape a dark past. Basically looking for a job and a strangers couch to cra..."


One of my characters has idiopathic pulmonary fibrosis, so maybe seeing that play out with an older brother would be insteresting? Feel free to look through my brainstorms in the workshop if you'd prefer someone else.

Oooo. I can make the other available twin be the Olympian nephew. :)

@ elle. I have Cole open, he's also new in town and has a criminal record on him.

❝ ashley wrote: "@ elle. I have Cole open, he's also new in town and has a criminal record on him."

Sounds perfect shady + shady, I can see trouble on the horizon for just about everyone else with these two....Can't say Lara's gonna be a good influence on him aha

I feel like this could be perfect for Jed, give me a chance to show a more sensitive side to him, he'll be a total asshat all day but then he'll go home and be an absolute sweetheart. Love it!

Open for sister and or enemy