Mod
Character's Name: Buckland Xavier Fawley is his name. However, his nickname is "Bucky"; a nickname that he takes on with nervous enthusiasm, knowing his parents wouldn't approve of it.

How the Wand Looks:
His wand is abnormally long. It is a deep, chestnut brown, and is slightly gnarled. Its handle is intricately carved with vines and leaves. It tapers slightly to come to a point. It looks brittle, but is sturdy. 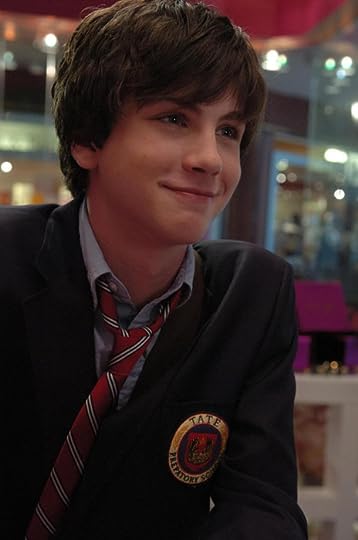 Other:
Buckland is certainly not skinny, and is well toned. He isn't especially buff, but is definitely somewhat athletic. He is slightly tall, and his extra weight is because of his height and muscle mass. Buckland usually wears crisp, well-made, firsthand robes, so as not to anger his parents, who have a strong sense of family pride. When he goes to Hogsmeade, however, he likes to wear a leather jacket, worn-in jeans, and combat boots.

Personality:
At first glance, one will see "Bucky"'s crisp robes, expensive supplies, and straight face and assume the worst. Many assume that he is but another snooty, prejudiced Pureblood. However, Buckland is actually very friendly when you give him the chance. Unfortunately, his parents (who were both in Slytherin) did their best to bring him up to be so. Because of this, he is still deciding what to think, and doesn't know how to treat Muggleborns or non-Purebloods. He isn't prejudiced against any other Wizarding lineage, but also has a great sense of family pride (coming from one of the 28 sacred Wizarding lines, the Fawley's). Because of this, he hopes to be sorted into Slytherin. He has much ambition, and wants to become the Minister of Magic, an Auror, or a great Quidditch player. He is also very mischievous. His usually calm and professional demeanor allows him to be the ultimate trickster, as no one will ever expect him to pull a prank.

History:
His father was from the Fawley line, a very well-respected (by Purebloods, anyway) family of "Pure" blood. Therefore, he was brought up in a very rich household. His family owns House-Elves, and has many servants in their charge. He was brought up in a large, mansion-like home, and grew used to it quickly. As a young boy, he believed that everyone lived that way and was very shocked to find that his family was rare in that aspect. His parents brought him up to hate "Mud-Bloods", but he never saw a reason to. Nonetheless, he's very proud of his Pure-Blood status, although he doesn't mention it as much as many of his Pure-Blood peers. He was also brought up to wish for a place in Slytherin. When he got his letter, he was excited to learn Wizardry, and scared that he might not get into Slytherin.

Name: The owl's name was Steve. He named it Steve as a joke, knowing that his parents would disapprove, and knowing they'd be unable to do anything about it. 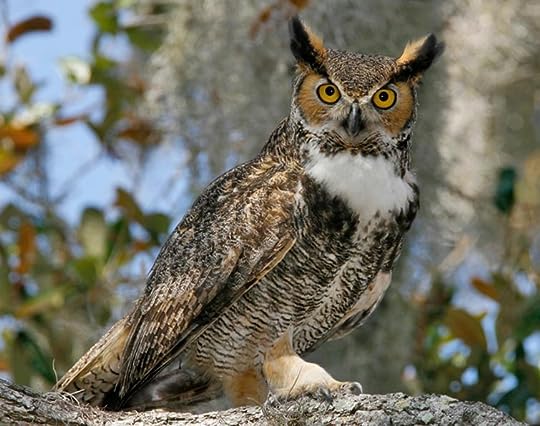 Description:
Steve is a rather large owl, and is of the species Bubo virginianus, or Great Horned Owl. His species is the largest tufted owl species in North America. Steve has coloration similar to that of the bark of a tree for camouflage. His yellow-orange eyes are bordered by tawny-colored facial disks. Feathers cover his legs and feet to the end of their toes. His beak and talons are black, which in nature means harder, good for breaking larger bones, typical in larger prey items.

Other:
Buckland wants very badly to be in Slytherin, and will study his hardest in order to please his parents. He also wishes to become an Animagus. He wants to play Quidditch, especially the Seeker position.

APPROVED. Do you want me to administer the wand, or do you want to?