I've had friends in the LGBT community since I was a child. I knew some of them were gay before they even knew it themselves. This mornings massacre hits me to my core. 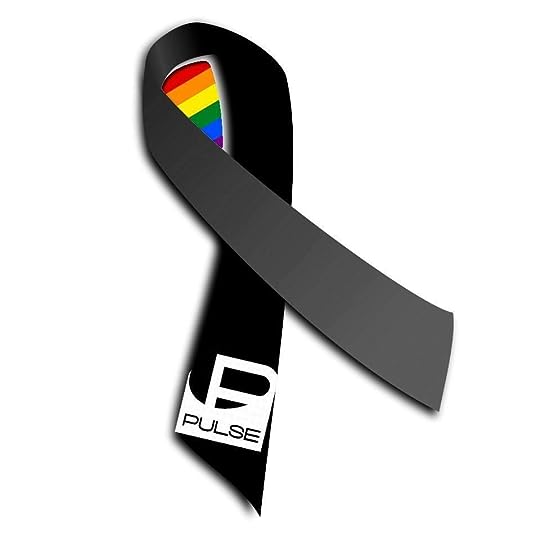 I've had to stop reading comments on FB about this because it just sickens me how ignorant and shitty people are in the face of a tragedy. I really hope that this doesn't lend even more support to a certain person who I think would ruin things even more.

I haven't been able to process this at all. It's nothing but pure evil and I am sick about it.

It's pretty terrible...I was working all weekend, so haven't read a lot of the reaction stuff.

MrsJoseph wrote: "I haven't been able to process this at all. It's nothing but pure evil and I am sick about it.

I learned of this atrocity by one of my friends letting all of us know that he was okay. I'm thinking "Okay, of course you're okay" then I saw the news article.

Chris wrote: "It's pretty terrible...I was working all weekend, so haven't read a lot of the reaction stuff."

I haven't either. I'm trying to avoid them so I don't start crying.

Terrible is all I can possible say.

Nicki wrote: "I know. I unfriended someone on Facebook because of their commentary. I don't care what part of the political spectrum they're from, but if a person is willing to capitalise on the deaths of nearly 50 innocent people to score a political point while their bodies are practically still cooling, that person is a piece of shit.

I did start crying this morning when I turned on the news and they were playing footage of the vigils from around the world. The Eiffel Tower lit up in rainbow and the Paris Loves Orlando signs were so beautiful. It warms my heart that there are so many people, all kinds of people, from everywhere, reaching out, but I wish for once the world could come together like that in joy instead of tragedy. "

I haven't had to deal with any of the terrible conversations/comments because I've been insulating myself. But the Trump call to stop immigration re: religion makes me so sick to my stomach.

When will they stop trying to make this about politics and think about the real human lives that have been lost??? I had been following two mothers and...I have to stop talking about it now because no crying at work.

I had to stop following the posts of my cousin today because she posted some tripe flag meme that said something like "Our flag offends them but our benefits don't?"

There's just so much ignorance in that post - not only about what "offends" "them" but also... What "benefits"? In another thread, Dawn is talking about having to use her entire bank of PTO time just to keep being paid while she cares for her newborn child. Yet in other countries, that's not an issue.

But... like, seriously, the FLAG offends people? No. The flag is a SYMBOL of what offends people, and that's a much more complicated and nuanced issue, so it's simplified to meaninglessness bullshit on Facebook posts. So aggravating.

I have always been taught that the only thing that separates us from savages and animals is the way we treat each other.

And it feels as if we are regressing.

The sad thing is that I think animals show MORE compassion than people these days.

Becky wrote: "The sad thing is that I think animals show MORE compassion than people these days."

Becky wrote: "I had to stop following the posts of my cousin today because she posted some tripe flag meme that said something like "Our flag offends them but our benefits don't?"

There's just so much ignoranc..."

Disgusting. Sometimes FB reveals sides of people I just really don't want to know. One of my favorite teachers from high school friended me on FB and at first it was fine. But, then political season hit and well, sometimes the stuff she posts has me scratching my head. Like, I used to respect her a lot more and now, I dunno...it's like her shine has diminished in my eyes every time I see her post something stupid. Usually, it's stuff from questionable news sources. Some people will call her out on it, but she hardly responds back so it's not worth it.

I have blocked most of my family from my feed for this reason.