Sylvia Townsend Warner is someone I have just chanced upon and her work sounds very intriguing.

This thread is to see what light the well informed cognoscenti here at BYT can shed upon Sylvia Townsend Warner.

This was Townsend Warner's first novel, and it's a striking one, which by all accounts caused quite a stir when it first appeared in 1926. The innocent-sounding title, and the quasi-Victorian, Gilbert-and-Sullivanish subtitle "Or, The Loving Huntsman" are deliberate attempts to lead the reader up the garden path. For the Loving Huntsman is none other than the Devil himself, to whom maiden aunt Lolly Willowes has sold her soul for a bit of peace and quiet.

Laura Willowes, known to friends and family as Aunt Lolly, is the youngest child and only daughter of brewery owner and doting father Everard, with whom she lives a happy, bookish existence until his sudden death when she is twenty-eight. She moves in with her brother and sister-in-law in London, who treat her with well-meaning condescension as a sort of unpaid nanny: "Henry and Caroline did all they could to prevent her feeling unhappy. If they had been overlooking some shame of hers they could not have been more tactful, more modulatory." Friends and family are unanimous in considering the Lolly problem settled. A few years later, however, she astonishes them all by renting a cottage in the obscure Bedfordshire village of Great Mop, where she intends to stay alone. But all is not as it seems there: the village community seems strangely closed, and there are odd goings-on by moonlight. None of this greatly troubles Lolly, who relaxes into a gentle nature mysticism. However, when her family begin inveigling for her return to London, she finds that there is no option but to invoke supernatural assistance...

Don't be misled into expecting a Gothic tale, however: although the book is undoubtedly quietly subversive (even nowadays), there is never any doubt that Lolly intends no real harm to anyone; and all ends satisfactorily for everyone involved. The Devil is a surprisingly gentle character when he makes his unexpected personal appearance towards the end of the book; really more Pan than Satan. (Townsend Warner was never afraid of bringing big names into her narratives: Queen Victoria has a similarly unexpected cameo role in "The True Heart".) John Updike has succinctly summarised this book as "witty, eerie, tender": like several of Townsend Warner's novels, it is an indefinable, genre-breaking work, and is unlikely to be much like anything you've read before.

Sylvia Townsend Warner was friendly with a number of the "Bright young things" of the 1920s. Her first major success was the novel Lolly Willowes. In 1923, she met T. F. Powys, whose writing influenced her own and whose work she in turn encouraged. It was at Powys' home that Warner, in 1930, first met Valentine Ackland, a young poet; the two women fell in love and settled at Frome Vauchurch, Dorset. Alarmed by the growing threat of fascism, they were active in the Communist Party, and visited Spain on behalf of the Red Cross during the Civil War. They lived together from 1930 until Ackland's death in 1969. Warner's political engagement continued for the rest of her life, even after she became disillusioned with communism.

And here's a Guardian article from 2012:

There is only one mention of her on BYT, a very passing reference too, so please do share what you know, or your reaction to what you make of what I have come up with so far. 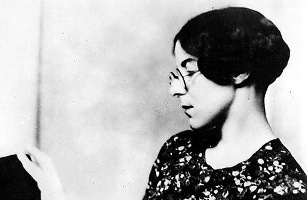 Here's Susie B on Amazon UK..

Sylvia Townsend Warner's first novel 'Lolly Willowes' published in 1926, tells the story of an unassuming, middle-class spinster, who leaves her London home and starts life again in a village where she discovers her true vocation as a witch. The book was an immediate and unexpected success - particularly in America, where it was chosen by the Book of the Month Club; the author also wrote six further novels, several volumes of poetry, a biography of the novelist T.H White and a huge number of short stories - many of which were published by the 'New Yorker' over a period of more than forty years. Sylvia Townsend Warner also wrote political journalism, a guide book to Somerset and, on occasion, translated French novels into English. Yet today, despite a revival of her work during the past few years, she remains a somewhat under-appreciated writer, which is a shame because she was an original and witty writer whose work deserves to be more widely known.

Born in 1893, the daughter of a Harrow housemaster, Sylvia was educated at home and was described by her aunt as "an abnormally intelligent child, even at an early age". Not only was Sylvia very intelligent, but she was also particularly musical and, at the age of sixteen, began studying music with Dr Percy Buck, with whom she received tuition on the piano and organ, and studied the history and theory of music, as well as composition. By 1911 she was composing regularly and, in 1917, Sylvia joined a committee funded by the Carnegie Trust which was set up to collect, edit and and prepare for publication, ten volumes of Tudor Church Music, which until that time had only existed in hand-written form.

Although intelligent and musical, Sylvia, with her thick spectacles and angular jaw was not generally considered to be attractive, and she was a great disappointment to her (rather difficult) mother who was especially critical of Sylvia's appearance, referring to her as too tall and skinny. That said, Sylvia was popular with the opposite sex and, in fact, from the age of nineteen, was romantically involved with the married Percy Buck, with whom she had a long term love affair. She was also on intimate terms with a former pupil of her father's, the sculptor Stephen 'Tommy' Tomlin, and was also great friends with David 'Bunny' Garnett, both of whom became involved with the Bloomsbury Group (Tommy married Oliver Strachey's daughter, Julia; and Bunny married Duncan Grant's and Vanessa Bell's daughter, Angelica).

In the late 1920s, Sylvia met and fell deeply in love with the poet Valentine Ackland (whose real name was Mary or, as she was more commonly known, 'Molly') who was tall and beautiful with her Eton-cropped hair and a preference for dressing in men's clothes, and the pair began a love affair that, despite Valentine continuing to have sexual relationships with other women (some of them very passionate and even violent), endured until Valentine's death in 1969. During their long relationship, Sylvia and Valentine lived openly together, published a joint collection of poems, joined the Communist Party, visited Spain during the Civil War, and wrote anti-fascist articles for left-wing publications. Of course there is a lot more to Sylvia Townsend Warner's full and interesting life than I have mentioned here, but I shall leave the remainder of her life story for prospective readers to learn for themselves.

Claire Harman was asked to write this biography of Sylvia Townsend Warner in 1982, but as some of the biographical material could only be published after certain people had passed away, she was allowed to take her time to carry out her research, which was just as well as it took her two years just to read through Townsend Warner's diaries and another five years before the biography was ready for publication. In 1990 the biography won the John Llewellyn Rhys Prize, and deservedly so, for it's a fine example of biographical writing that is both revealing and respectful, and also sympathetic yet objective. Sylvia Townsend Warner was an intelligent, witty and idiosyncratic writer and, as I mentioned in my opening paragraph, she deserves to be more widely read; I hope the new edition of this biography which due out at the end of this month, results in potential new readers being encouraged to try some of her wonderful range of literature. 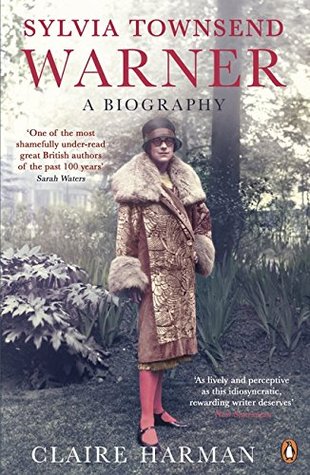