newest »
message 1: by [deleted user] (new)
Dec 07, 2016 11:11PM
Then Ben realized he wasn't meant to be with her best friend. He was meant to be with her. He was the only one who could save her from that darkness. To pull her back out into the the light. Ben never knew the feelings she had for him, until one day when she confessed it to him. Ben was shocked to learn of these feelings but knew he harbored the same for her deep down. With great joy in his heart he told her he felt the same for her. Ben had always loved Eva, and now he could be with her. He pulled her out of the darkness and held her in the light, now able to see the beauty that was being coved by the shadows. She means the world to him and he hopes she never forgets that.

I love you Eva. Forever and always. 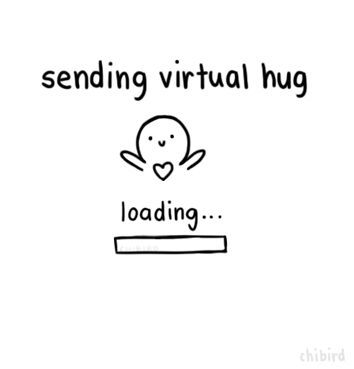 *hugs Eva* I'm on my monthly too

evangalina ~ behind this soft exterior lies a warrior wrote: "She keeps thinking one day I'll stop wearing vintage band tees and become a preppy barbie doll like she was in high school"

But band tees are awesome

evangalina ~ behind this soft exterior lies a warrior wrote: "The Who, Weezer, Radiohead, Backstreet Boys, U2, Blur, Blink-182, The Offspring, Bon Jovi, etc."

AYYY BLINK-182, apparently according to Blink-182's twitter, I'm following them and the lead singer on Twitter, they were in Dallas last night or the night before, O_O I MISSED THEM