Mod
Wolves (I Bring the Fire #1) by C. Gockel
BLURB:
In the middle of America, on Route 44, Amy Lewis has a plan — to get to her grandma’s house in time for dinner. Galaxies away Loki is waking up in a prison cell, strangely without a hangover, and with no idea what he’s done wrong — this time anyway. But he does know Thor is hiding something, Odin is up to something wicked, and there seems to be something he’s forgotten...

In this tale that is equal parts “Another Fine Myth,” “American Gods,” and “Once Upon a Time,” a very nice midwestern girl and a jaded, still very mischievous Loki must join forces to outwit gods, elves, magic sniffing cats, and nosy neighbors. If Loki can remember exactly what he’s forgotten and Amy can convince him not to be too distracted by Earthly gadgets, her boobs, or three day benders, they just might pull it off...

This first volume of "I Bring the Fire" is for anyone who suspects chaos and mischief makers might have their own redeeming qualities, and anyone who just wants a good fantasy romp through modern Earth, ancient Asgard, and beyond! (less)

Mod
Does this have romance?

I have no idea. 18 people shelved it as a romance so maybe

Mod
Ok. I only got it because of the cover. I'm not sure if I had even read the blurb until now. Hehehe

Mod
Can we do this one since its from last month? I'm starting now 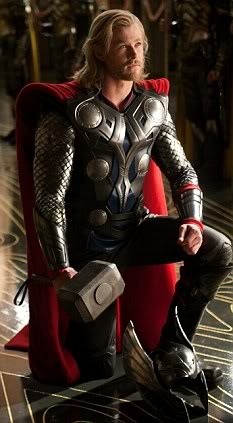 Mod
They are both sexy in their own way.

I'm vain. I don't like ugly dogs or animals. So I wouldn't have adopted that creature

Loki cracks me up

That was hilarious. This book was such a disappointment! Ugh!
I think you should pick the next one. I

I actually sorta enjoyed it. I didn't love it but it was better than I expected. I didn't have high hopes to begin with though. You never know with the perma-freebies.

Mod
I thought it was more PNR than fantasy-mythology etc

What are you starting next?