"It is not order we fight against, nor is it power we fight for. We fight for peace, a peace that should exist in the first place. But it does not grace our lands, this peace we seek, because of the pettiness that drives the heads the crowns are placed upon."


The rebellion has been a long time coming. There was a group of outlaws whose original reason for existing was to act as robin hoods, stealing from the rich and giving to the poor. But over a handful of years, their forces began to grow in number and their objection changed, their perspectives growing bigger as their numbers did. For around three and a half to four years now, they have been known by the kingdoms as a rebellion army in the rising.

Here is where we will collab the characters of the rebellion, to figure out their relationships with one another and make plots for them all :).

(hide spoiler)]. He's been in the rebellion for between a year and two (still tacking down time frames for his history and all that jazz).

And I have a rebellion scout, Aisha (view spoiler)[ 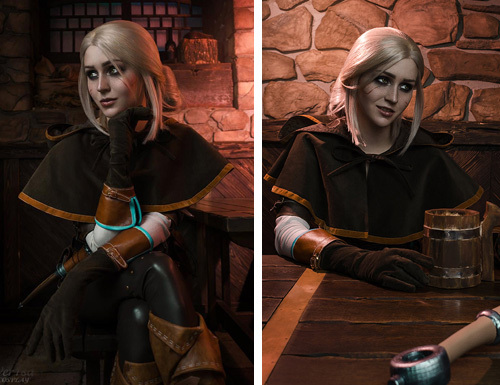 (hide spoiler)], who's been there the same amount of time Atty has, the two having joined together. They are each others' makeshift family.

Whatcha you all got!

Mod
Hayyyyy so I have our leader, former Noble Lady Andrea "Andi" Rose. She's driven by revenge rather than justice, though she would never let it known to the rest of her rebel group. She also keeps it a secret that she used to be the daughter of a Nobleman, araid her rebels wouldn't trust her anymore.

She's open for any collabs honestly ^~^

Mod
XD Right, forgot! Heh, what a coincidence. The two would understand each other better than they may think.

I have two rebels, a scout who's really way too young to be in this (i was thinking maybe he was dragged in by his parents?) fc Asa Butterfield. He's quiet, doesn't say much to anyone.

I also have a medic, fc Hayley Atwell. I have two collabs set up already, a romance with a prince (I can't remember which?) and a sib collab (let me know if this was you).

Rose, you FORGOT about me and my collab with Andi O.O Haha. We should consider having the info of their linage being spilled between them at some point!

Gee, well at least you remembered our romantics collab we are workin up! Though...you did forget which one he was O.o haha. He's the heir's twin, the eldest son, Byron :). Also, my scout is only 18. How old was yours?

I thought it was you! I just wasn't sure!

In my opinion, you can pull off 16 as long as the history backs it up decently. If I were doing his background, I'd have probably made him a street rat, already extremely good at getting in and out of places without being caught. So he's been training since he was thrown on the streets to be a scout, pretty much haha. But that's just what I'd do. You can pull it off with other histories, but just make sure to back up any skill you give him (if you give him skills in it already). If you're needing a reason on why he joined, I can give you a list of that jazz easy!

Yeah, I'm still working it out! He's not my priority right now, since I have a few other more important characters (aka the king), so yeah.

Mod
@Sav, no I remembered! Just not in the moment that I posted that comment XD

@Jacqueline, you and Rose will need ta figure out why Andi appointed your girl into the second command position.

Mod
Yes, did you have any ideas on that Jacqueline?