Mod
Create your character how you wish and i will either appprove or point a few things out ~ doesnt mean you have to change them!

Appearance: Silver has an athletic build and is tall for her age. She wears black leather jacket and t-shirt with a catchy saying, jeans and tennis shoes. She has above-the-ear short hair. Her hair is white in the light and is silver in the dark and moonlight. Her left eye has a scar through it which goes from two in. above her left eye to two in. above her upper lip. She always paints her nails black and she has a tattoo on her left arm. It goes from her wrist to below her should, it is a black vine and thorns with white roses, coating the arm. She has a rose on her shoulder and one on the top of her hand.

Personality: When she was younger than 7 she was the happiest child on the planet. She had money, toys, and parents who loved.
She was always a worrier and get parents helped her. But when she started to show powers her parents became worried about her. Then Harry kept asking for Silver. Silver became even more worried about everything. After her parents died she couldn't bear their deaths. She blamed herself every day. When Harry was arrested, she did her best not to see him and punch the living daylights out of him. Now 13 and in charge of a gang. She oftens makes hard decisions and tries to cheer up herself and others. She has done a lot of negotiating between gangs. But she never allows her people to kill. She knows to well the consequences. But every death of her own she blames herself for the death. She does all the good things in her parents name, in a way to ease the pain, grief, and sadness.

History: She was born into a rich family. Mother, Sarah Smith, was married to her father, John Smith. They were in charge of a boosting company called Smith Inc. She was homeschooled till the age of 7 and she would get straight As. Her parents had a life long best friend named Harry Jones. His company was going downhill for a while now but the Smiths didn't help him. When he found out that Silver had abilities he wanted her himself. And he didn't know what she could do! He thought Silver would boost his company and he would be able to get back at her parents for not helping. But every time he asked her parents said no. So one night after her birthday turning 7, she woke up and found her parents dead on the floor with this carved into the necks. 'Silver is mine - Stalker'. 3 days later the police caught Harry, they put him in prison for his lifetime. And she left the grid till she turned 13. She now lives on the street in charge of a group of kids called Silvernight. She owns the company and the cash goes to her savings account. She has left trusted people in charge till she gets old enough to run it. But she only uses cash to survive, but she knows no amount of cash will get her family back and the reason she left that life is because it would be a daily reminder of her parents. and then she came here.

She misses her parents. Everyday she blames herself about their death and wishes she was never born. And she wishes she would lose her voice, to her it seems to cause more trouble than solve them.

Where is she from: my head. 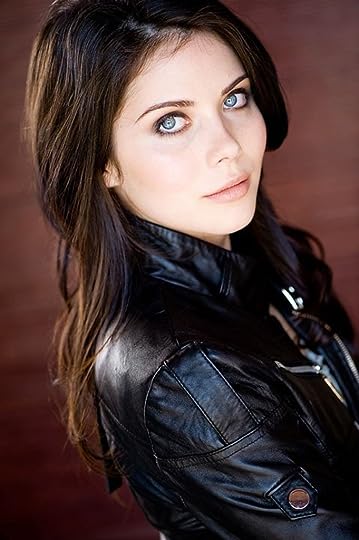 History: As a child, Celeste grew up under the careful watch of a group of women known as the Mariel Sisters. They never let Celeste out from their care. At the age of twelve, Celeste learned why. Her mother, a human, had fallen in love with the demon Qix, and Celeste was the result. Celeste had powers that she couldn't control and when the Mariel Sisters told her who she was she lost control. Celeste accidently burned the church she had called her home to the ground. She fled, scared of herself. For the next two years, Celeste searched for her mother. She found her, lying in an unmarked grave. Celeste's powers were the only things that helped her find her mother. After that, Celeste started looking for her father. Over the next six years, Celeste grew stronger, preparing to meet her father. However, when she made her way to the underworld to seek her father out, she learned that the gods had imprisoned him in an unbreakable cell. Heartbroken and vengeful, Celeste spent her next years plotting revenge on the gods, waiting for the right time to hit them where they hurt and claim her father.

Yeah. She is cool! Her and Silver should get together.

Yeah! That would be awesome.

When she is approved do you want to RP?

Definitely. I'll pm you or something to let you know.

Jude! Want to go to the Rebels base?

Family: She does not know her family but later figers out she is twin to Daisy. (From agents of S.H.I.E.L.D.)

Appearance: http://www.aceshowbiz.com/images/news.... Rain matches appearance besides her hair, her hair is brown and is pulled into a high ponytail.

History: Rain was taken from here family by Hydra, who experimented on her. The experiment went wrong and ended up giving her the ability to travel in time and to different places in the world. Also the ability to be in more than one place at a time. Problem is she can't control it. If someone scares her she might up at China. She in also inhuman. She has the same power as Daisy because she was partly in the temple and partly in New York.

Powers: Can travel through time, and travel to different places on the earth. And she can be in more than one place at a time. She also has the same powers as Daisy, can control vibrations.

Please tell me if it is approved as soon as possible.