Scroll down for a Giveaway 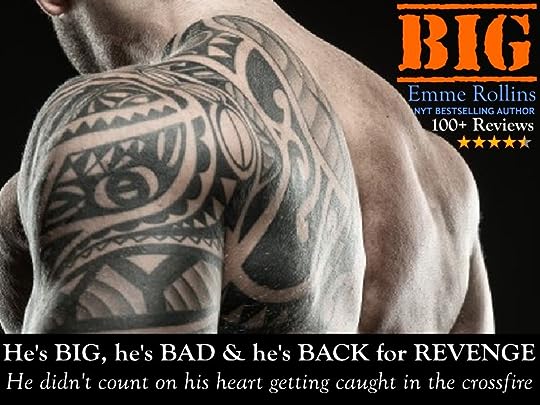 ~99c or FREE in Kindle Unlimited~

She said she'd do anything to prove her love to him - now she's being put to his test.

He's BIG, he's BAD and he only wants one thing.

But after a secret journey of transformation, he’s back—ready to take over leadership from his father at Ryker Arms—with an impressive new physique and a plan to prove them all wrong.

The one woman who hurt him the most.

The girl he could never have.

The girl who wouldn’t look twice at him anyway—especially in front of her stuck-up friends.

Now he’s going to make her want him.

Show her just what she was missing.

He’s got the weapon and he’s taken aim—but he didn’t count on his own heart getting caught in the crossfire.

This is a stand-alone novel with no cliffhanger ending.

Keeping fingers crossed! I loved this book and would love a signed copy! Any of my friends who sees this comment on my home page, and didn't already enter this giveaway when I first sent everything around... then I don't know what else to say, other than, more chance for me! lol