New York times Best selling author Michelle Mankin of the BLACK CAT RECORD series is giving 2 lucky members the chance to win Both books in her New Adult paranormal romance MAGIC series including STRANGE MAGIC and the upcoming DREAM MAGIC. Both books will come with this fab Swag "A Black Cat Records concert bracelet and a Black Cat Records tat!! "

THIS GIVEAWAY IS OPEN FOR THE USA ONLY! 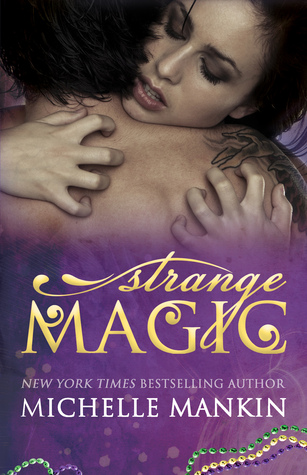 Billy Blade is a hardworking, hard living, razor sharp musical force. Mysterious behind his dark shades, the rough around the edges Texan mesmerizes with his haunting harmonica and tantalizes with his dangerous looks and smooth country charm. His latest album is topping the charts. He’s the newly crowned King of the Bacchus Krewe. He’s definitely living the rock star dream.
Exotic Creole beauty Thyme Bellerose couldn’t be more content. She has it all. An adoring grandmother. A handsome Tulane medical student beau. A satisfying job in the heart of New Orleans’ French Quarter. Her life is as rich as the ice cream she creates. She’s got everything under control.
But control is an illusion. Dreams can turn into nightmares. And now during Mardi Gras, otherworldly powers stand ready to shape their destinies in ways they could never imagine.
Shadow and light. Magic and mystery. Reality and myth. All come together in a place where rules bend and lines blur. Even those between life and death. 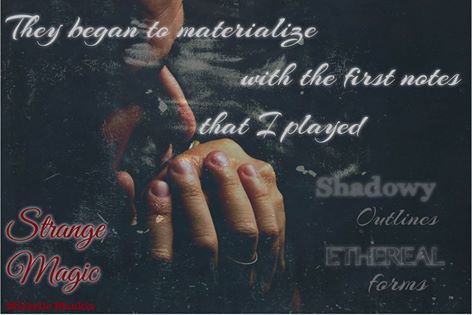 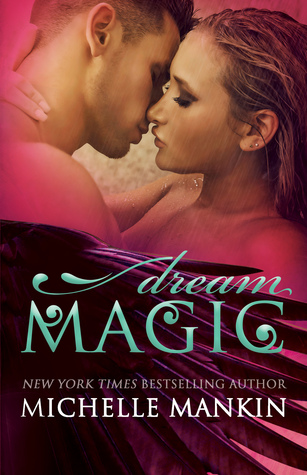 The dreamscape is a place of magic and mystery and meaning. In that nocturnal realm, ideas, images, sensations and emotions drift on the currents of the unconscious mind.
Morpheus the Dream Falcon is most at home in that domain. By night, the one of a kind winged immortal soars on those winds, observing and sometimes even entering the slumbering thoughts of another. By day, he is a highly sought after mercenary feared by his immortal kin for both his unmatched ferocity and his wicked obsidian talons. None of his prey escapes him.
Cecilia Ramirez y Aguilera is the one he truly wants. But the striking oracle of the Court of the Light Immortals is closed to the handsome outlaw, even in her dreams. Broken by unimaginable losses, the seer is but a slave, subject to the whims of a master who is mad and without mercy.
Drawn together by fate, their impossible passion ignites. But will that be enough given the dangerous secrets each keeps from the other? Or will mistrust and the desire for revenge threaten to unravel the powerful magic that binds them?

You can check out other books by Michelle Mankin here https://www.goodreads.com/author/list...

TO ENTER THIS AMAZING GIVEAWAY GO HERE a Rafflecopter giveaway


This Giveaway is open to those in the US ONLY! This Giveaway ends Midnight Saturday 11th June 2016 Pacific USA Time! Winners will be contacted via email Sunday 12th June. Winners will have 48 hours to respond to the email and claim their prize or a New Winner will be randomly selected!>/b>

Where do you get your character names?

Thank you for this wonderful chance.

Hi Devan, Great question. Names are always hard because I try to make them fit the character. STRANGE MAGIC: Billy Blade is handy with a ... Well--you know-- it's in the story... Thyme's name suits her, too. There is a reveal for it as well. DREAM MAGIC: Morpheus is named after the mythological greek god of dreams. There is tons of mythos in both stories, though I have turned the usual tropes upside down in a lot of cases. Cecilia is named after Circe the greek goddess of magic.

Did you find it hard creating your worlds?

Hi Kira!
A great question.
The credit for the Magic series is all New Orleans. The people, the culture, the music, those things inspired me to write a story about a rock star who can summon the dead with his harmonica. The rules and the secrets within the fantasy world--who knows what and how it effects them--that is tricky to keep straight.

Guys, do you think a male reader can read this?

Hi Rafael Ray!
Strange Magic & Dream Magic are paranormal romance/ urban fantasy if you read that genre you should enjoy the story. Strange Magic has an audio book version. Dream Magic is being recorded by the same award winning dual narration team.

Thank you for doing this

Hi Andrea!
Happy to.
It is actually really fun:)

THIS GIVEAWAY IS NOW CLOSED! BOTH WINNERS HAVE BEEN EMAILED! THE WINNERS ARE:

Winners have 48 hours to reply to their email and claim their prize or a new winner will be randomly selected!