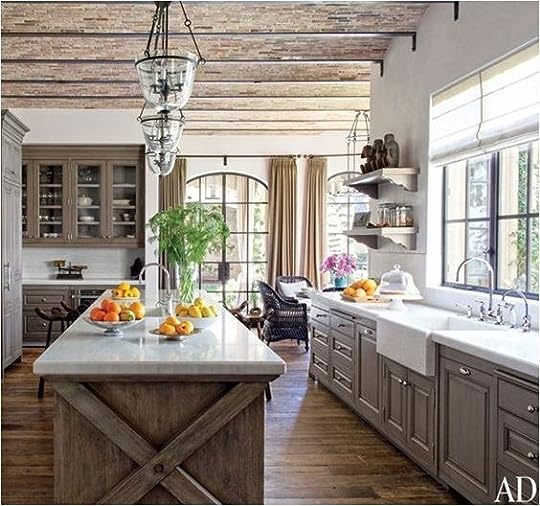 Mod
Rowan smiled through watery eyes as she happily sliced away at a cutting board covered in onions. Kitchen duties always struck her as dull when she was assigned to them, but every time she stepped into the building at the north end of the Valley she remembered just how enjoyable they really were. She was surrounded by people for the entirety of her shift, and unless she was tasting something, she was free to talk as much as she wished. Cooking, she had been told when she was very young, was not a job to be done in silence, and she had taken the advice to heart.
So it was that Rowan Hart stood at a counter facing a bright window, sunlight striking her tear-streaked face, laughing and chatting in the almost uncomfortably warm room. The entire atmosphere of the kitchen was even lighter than usual in her presence, and she had a smile for everyone as she finished dicing onions and set them off to the side, where they would be picked up by whoever needed them. She rinsed off her knife and hands, wiped her eyes, and then reached over to where a pile of carrots had been placed near her station. She pulled a fresh cutting board out from the cabinet beneath her and quickly got to work.

Charlie had worked in the kitchen a few times before, but never before with this girl who seemed unable to stop speaking. This girl's name was Rowan, as Charlie knew, but other than that she didn't know much about her at all. Except of course, that she apparently liked to talk until she was out of breath while Charlie herself didn't join in the conversation at all.
She sighed under her breath and simply continued to peel the potatoes that she had been peeling all day. With so many people in the valley it seemed that there were always potatoes to peel and cut, and Charlie usually got that job. She didn't mind it much, because she got to just sit and peel for most of the day, but it did get a little boring. So, she stood up to stretch for a few moments and wash the scent of potatoes off of her skin.
She glanced at this Rowan girl as she walked past, hearing the words that she was speaking but not taking them in. She wasn't known for partaking in conversation so mostly everyone avoided trying with her. She'd been this way since she was a child, after all.

Mod
Rowan made quick work of the carrots, chopping them into neat disks and sliding them off to the side, where someone had already come by to claim the diced onions. She looked around her to see if there was anything else that might need chopping, dicing, or any other sort of knife-related thing she might be needed for, but there appeared to be a momentary lull in her duties. She rinsed off her knife again and set it across yet another fresh cutting board before stepping away from her station to take a quick break.
There was a spot near the back of the kitchen that was left largely open for people who, like Rowan, had a lull in their assigned kitchen duty, or just for anyone who needed a break from their work or wanted to get off their feet for a few minutes. Many of the jobs there involved a lot of standing or walking around, and thus ample seating was provided in this area near a pair of windows that were nearly always open to let in a cool, fresh breeze. As she made her way over, Rowan noticed another girl a few years younger than she was, moving toward the same area by herself. She quickened her pace, recognizing the girl a bit as she moved closer.
"Excuse me," she said as she finally got close enough to speak at a reasonable level, "You're Charlie, right?"

Charlie raised an eyebrow at the girl that was getting ever closer. Usually people just left her alone so it was quite odd that Rowan was coming right toward her, and even more odd that she was asking if she was, indeed, Charlie.
"Well, yes that would be me." she said, her slight German accent lying beneath her words. "And you're Rowan..."
Her eyebrows came together to now in an even more confused expression, then she felt the sudden need to justify the fact that she seemed to be nothing. It didn't even occur to her that Rowan might be taking a break too. Charlie just didn't want to get in trouble, not that she ever had in the past.
"I'm just washing my hands off a bit," she began, looking towards her hands now, "The smells of potatoes tends to get a little nauseating after a while." She cleared her throat and went to move around the other girl, well, woman really.
Charlie walked back toward her usual spot and sat down again. She picked up what felt like the ten thousandth potato of the day and she started peeling. It was quick and effortless, taking no more than twenty seconds before she was picking up another potato.

Mod
Rowan looked after Charlie as she rushed away, and frowned slightly. She took a seat near one of the windows and wondered if she might have scared the girl off -- she knew she could come across as a little overbearing sometimes. She resolved to try talking to her again in a bit, before she left. No use in chasing after her and making her feel ill at ease. She rested her elbows on the table in front of her, and drummed her fingers against the surface as she watched her station and waited for more food to appear.
As she waited, Rowan watched the other people bustling about the kitchen and let herself relax, happy for a moment where she could let herself be a bystander. It was rare that she sat on the edges of such a busy group of people and didn't feel left out. She was relieved, though, when she saw several apples appear at her station, and a pile of peeled potatoes.