Description:
Personality: she's loving and caring and she loves to read. She's passionate and always listens to everyone's problems.
Strengths: her loved ones
Weaknesses: her loved ones
Goals:
Fears: losing the ones she loves
Likes: books, music and dancing
Dislikes: betrayal and lying

History:
Childhood: Her parents were very much in love so she was surrounded by love from a very young age. Everyone wanted to be her friend and she got good grades. She was friends with everyone, even the kids at the back who ate glue and glitter. she called him Magnus.
Teen years: Her mother passed away and her father never recovered from the loss of his wife, it showed her how important love is. She went through a dark time and as she did love seemed to drain out of her town. She was reminded of how special love is and it returned. Now hes entering her last years of Teen hood
Adulthood: She's not an adult yet but she will be elegant and regal, her life is love and she is searching for the one w=that makes her heart go crazy. Who ever it is.
Elderly years: she's the equivalent of a sweet old grandma, she and the one who holds her heart will grow old together and have many kids.

Family:
Siblings: none
Spouse: haven't found
Children: none (yet)
Parents: Leon and Sarah
Grandparents: deceased
Relationship status: single and locking for a partner 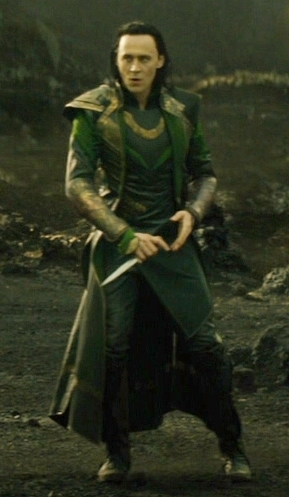 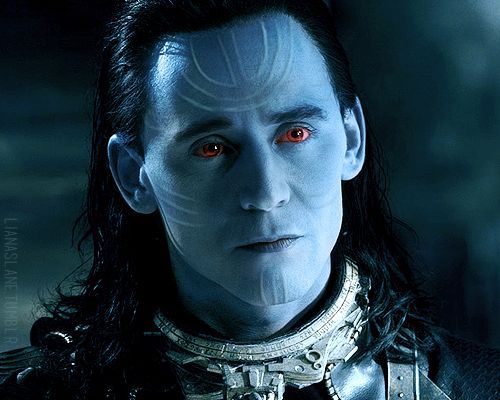 AND YET, he looks very gentle in his casual outfit:
image:

Habits: Trying to kill Thor by stabbing Thor in the abdomen.
Hobbies: Playing the piano(also any type of Organ), reading(mainly Shakespeare).

"So, I'm nothing but a stolen relic! Lock up here until you have use of me! It all makes sense now why you favor Thor all these years! Because how much you claim to love me, you're not going to have a FrostGiant on the throne of Asgard!"

Description:
Personality: Loki can be deceiving as well as unfriendly. His short/quick temper can turn into saying something very harsh, hateful, and hurtful. He doesn't like talking about his horrible past. He's very violent when nobody obeys him. That's when the cold-heart comes in, is when he's violent. He can be sneaky as well as mischievous. He uses his pranks and tricks to get away with anything. He can get annoyed very easily. If there's something that he doesn't like, he'll bitterly ask for a different subject. His stubbornness is another of his way of saying, "I don't want to change myself. I do what I want." He's also mysterious in some ways. If someone could see it, they'll see hurt in his eyes. That's when suspicions comes in.

Strengths: Magic, powers, madness, insane, and Oreos.
Weaknesses: Thor's temper tantrum, thunderstorms, and shoutings from Thor's loud volume.
Goals: Having his way, being a king, and everyone kneeling before him.
Fears: Death, being abandoned again.
Likes: Caffeine(Dr. Pepper), Oreos(only cookies he'll eat), chaotic friends.
Dislikes: Being told what to do, bullies, loud creatures.

HISTORY:
EARLY YEARS: It all started in Jotunheim. There was a newborn baby boy and he was the son of Laufey. When Laufey saw how little Loki was, he hated ithow runty Loki was and he abandoned Loki on the rock to die. (That was in THOR 1 MOVIE.) Loki was neglected by his own father. That's when Odin, Frigga, and Thor became his only adoptive family. Odin found little Loki on the frozen rock in the Jotunheim Temple. Odin had compassion for Loki and he took Loki home to Asgard.

TEEN YEARS: As Loki grew older, he couldn't understand why he wasn't like his parents, his brother, and his friends. Here they were tan and he was pale. Here they have muscles showing and he's strong, but no muscle showing. (Meaning that he's not like the other Asgardians.) Until one day, he fought off the Jotuns with Thor, Sif, and The Three Warriors. One of the Jotuns touched Loki and Loki saw his true form. After the war, Loki went to where the Ice-Cube was and touched it. His Jotun form showed again. That's when hatred and anger filled his heart and mind.

ADULT YEARS: When Loki fell into the abyss, he was greeted by Thanos and The Other. The Other and Thanos had a job for Loki. Loki's mission was to kill humans and rule over them. Loki accepted that mission and he's been doing this since.

This is why Loki isn't himself anymore. No longer the friendly Loki, but a unfriendly Loki. Ever since he found out about his true heritage, he was angry for years and never forgave his family. Not one family member. He was RAGING.

History
Childhood: Athalia grew up on the island of Crete. She grew up going on fishing trips with her father in his fishing boat and helping her mother cook and bake for the family restaurant. Athalia always was at the beach and loved the oceans till one day, her father's boat got stuck out at sea in a storm. The boat was struck by lightning and sunk, her father drowning. After that, Athalia's Uncle took over her father's fishing business and helped take care of Athalia and her mother. Athalia's Uncle was a cruel man and turned Athalia and her Mother into practically slaves for him.
Teen years: Athalia works in her family's restaurant as a waitress and also a belly dancer on the weekends. Athalia dreams of sailing far far away from the Island and away from her Uncle.

Family
Siblings: Athalia has an older brother, Anthony, who lives in Athens.
Spouse: Her soulmate is Thor (though she doesn't know yet)
Children: None
Parents: Father, Nicolas, died in a storm. Mother, Tula works at the family restaurant.
Grandparents: Grandfather died with her father, Grandmother works at the Restaurant.
Relationship status: single

If she's done you can move her to the finished characters topic. Also preemptively apprroved