The Rouge Wolf has had a strong rule over one pack for almost a decade maybe more. She's cunning and strong she will not allow anyone else to take over her pack, regardless of the prophecy of the town stating her own blood will destroy her rule and take over the pack again. Girl A is a new kid in the town she lives with her estranged uncle deep in the forest he only took her in because he knows her blood is the Rouge Wolve's blood. She suffers from traumatizing nightmares in her case they're her memories telling her about her mother. Guy A is a high ranking wolf of The Rouge one's pack when he meets Girl A he realizes that she doesn't belong and she must be taken out before the Prophecy is complete. Though ordered by the Rogue Wolf to destroy her he struggles to decide whether or not he wants to follow his heart or the orders of his alpha. Girl A has to follow her memories and only the blind guidance from her uncle in order to stop the rogue one and save the pack.

Idea 2:
Shapeshifters are the good the natural wolves on earth they live in packs and protect their people from danger. Though when news of a secret government experimenting and creating werewolves for soldiers from a pure human. Things get messy as they are used to hunt down the shapeshifters and kill them as well as humans, Vampires, and other magical beings. It's up to the shapeshifters to come together with their enemies and fight for survival. 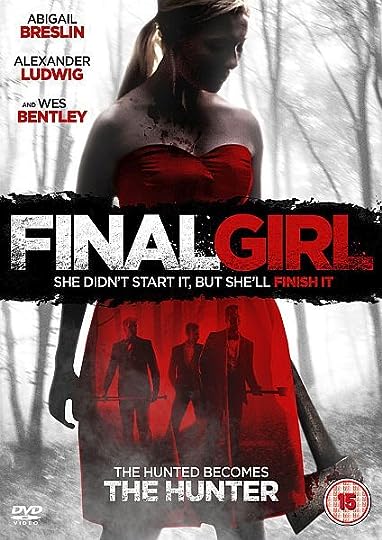 I want to do something based off of this movie.

Four boys lure out one girl into the woods and hunt her to the death until the tables turn when they lure a girl that'll change their game forever. I like the idea of the boys chasing the girl but I don't like how she has been trained as an assassin for so many years. I rather have a supernatural twist to both the boys and girl to add more drama. (With this one the twist is the boys are vampires and the girl is a werewolf or the other way around and it can be more then one girl.)

Okay cool and if you want it in a doubles format I have no problem with that:)

Well I'd like to play Harry's sister and then I can play who you choose.

I would like you to do Draco. And you can play your own character

Let me check cause I don't remember seeing them

Okay I saw them and I did answer I liked them but I'm trying to do some new kind of stuff.